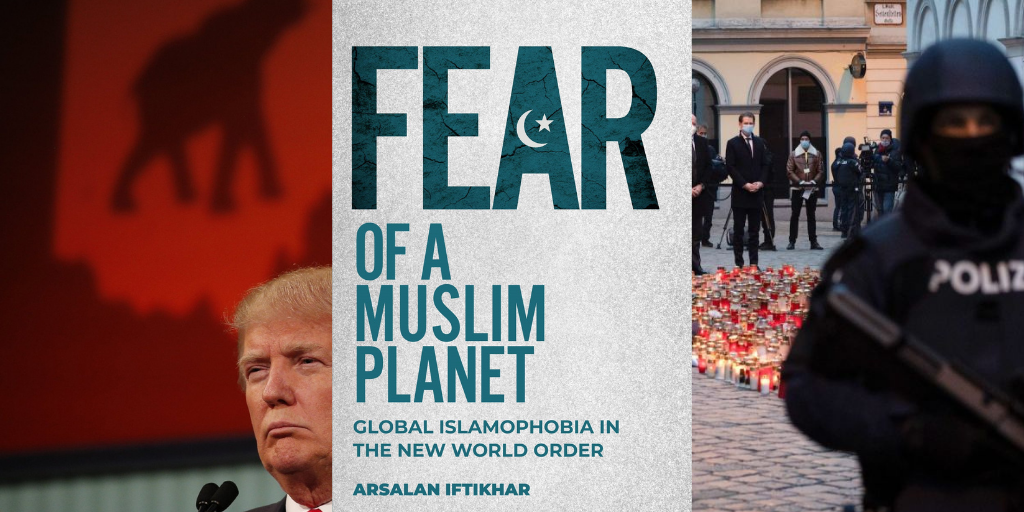 In March 2019, a young white supremacist walked into 2 different mosque locations in Christchurch, New Zealand and livestreamed a horrific massacre of 51 innocent Muslim worshippers on Facebook Live in the worst act of terrorism in New Zealand’s history. When the dust had finally settled, the Christchurch shooter left behind a racist 74-page manifesto which he called “The Great Replacement” which was obsessed with the idea that non-white Muslim people were ultimately going to “replace” white people in Western nations.

While being interrogated by police, the New Zealand shooter also claimed that he contacted infamous Norwegian anti-Muslim terrorist Anders Breivik (who had murdered 77 people in Norway’s worst terrorist attack in 2011) before the Christchurch attack. Citing Breivik as one of his ideological inspirations, it should be noted that Anders Breivik’s own 1,500-page manifesto after his 2011 Oslo, Norway terrorist attacks also perpetuated the same “great replacement” conspiracy theory that brown-skinned Muslims somehow pose an inherent danger to white-majority Western societies today.

In addition to Muslims, the “Great Replacement” conspiracy theory has also been used by white supremacists to target Jewish and Latino communities in acts of racialized terrorism as well. In October 2018, a 40-year-old white supremacist walked into the Tree of Life synagogue in Pittsburgh, Pennsylvania and brutally murdered 11 innocent Jewish congregants in the single deadliest attack exclusively targeting Jews ever to happen in the US. After his arrest, the Tree of Life shooter also posted his own jointly anti-Semitic and Islamophobic manifesto on social media which began with the words: “Open your Eyes! It’s the filthy EVIL jews Bringing the Filthy EVIL Muslims into the Country!!”

In addition to Muslim and Jewish people, other minority groups like Latinos/Hispanics have also become tragic victims of the “Great Replacement” conspiracy theory as well. In August 2019, another white supremacist slaughtered over 21 people (most Latino and Hispanic victims) inside a crowded Walmart store in El Paso, Texas near the U.S.-Mexico border. “In general, I support the Christchurch shooter and his manifesto. This attack is a response to the Hispanic invasion of Texas,” wrote the El Paso shooter utilizing the same racist conspiracy theory as his motivation.

In my latest book called FEAR OF A MUSLIM PLANET: Global Islamophobia in the New World Order, I write that the “Great Replacement” conspiracy theory is being used by racist haters around the world to scapegoat minority communities in many parts of the world today. According to The New York Times, many experts agree that a right-wing 70-something French writer named Renaud Camus has made famous the “Great Replacement” conspiracy theory in modern white supremacist circles today.

Using this conspiracy theory as their primary motivation, many white supremacists today argue that “elites” in Western societies (which is a thinly-veiled euphemism for Jewish people) are working behind-the-scenes to replace white Christian societies with brown-skinned Muslim immigrants from around the world.

Because there is no meaningful pushback, this obscurely fringe (and blatantly racist) conspiracy theory has now been referenced publicly by right-wing Western political figures such as former US president Donald Trump, right-wing Italian interior minister Matteo Salvini, and Björn Höcke of the Alternative für Deutschland (AfD) in Germany.

Moving over to Asia, this global scapegoating of Muslims is leading to genocidal levels of Islamophobia in places like Myanmar (formerly known as Burma) and China. To illustrate this point, The Economist magazine once called the Rohingya Muslim people of Myanmar “the most persecuted people in the world”. At least seven (7) different Nobel Peace Prize winners have publicly stated that Rohingya Muslims are facing a “textbook case of genocide in which an entire indigenous community is being systematically wiped out by the Burmese government.”

“In 1944, as a Jew in Budapest, I, too was a Rohingya,” according to world-renowned philanthropist George Soros. “The parallels to the Nazi genocide are alarming.” The US Holocaust Memorial Museum found in a November 2017 report that there is “mounting evidence” of genocide against Rohingya Muslims. The UN has described the Myanmar military’s campaign in the Rakhine province (where 1+ million Rohingya Muslims have lived for centuries) as “textbook ethnic cleansing“ under international law. Prominent journalists and global human rights groups who have reported from the region have documented widespread rape, killing, and destruction of homes by government troops under the watchful eye of 1991 Nobel Peace Prize winner Aung San Suu Kyi; who has blithely whitewashed the ethnic cleansing of 1 million Rohingya Muslims out of her country into neighboring Bangladesh during her watch.

Moving next door in China, we have seen the central Chinese government undertake one of the most Orwellian campaigns of ethnic cleansing against 1 million Uighur Muslim survivors who have disappeared into internment camps across the country. The Uighur Muslims are 1 of 56 official nationalities within the People’s Republic of China today. The majority of Uighurs are Muslims who speak a Turkic language & they primarily live within the Xinjiang province which is in the upper-far west corner of China bordering 8 countries, including Pakistan, India and several Muslim-majority former Soviet states.

According to The Atlantic magazine, this anti-Muslim campaign of ethnic cleansing by the Beijing central government has led to many Uighur Muslims publicly stating that they were forced to renounce Islam, criticize basic Muslim practices and even recite Communist Party propaganda songs during their imprisonment in these internment camps. Furthermore, numerous global media outlets have reported that Uighur Muslims have been forced to eat pork & drink alcohol (both of which are forbidden to observant Muslims) and there are widespread reports of torture and mass murders of innocent Uighur women, men and children simply because of their Islamic religious identity.

The ultimate aim of the Chinese government is to “rewire the political thinking of detainees, erase their Islamic beliefs and reshape their very identities,” according to the Associated Press.

The term “scapegoats” is a Biblical term around since time immemorial reminding us that our human race has always blamed society’s problems on marginalized minority groups throughout history. Whether it was the Holocaust or Japanese Internment camps, we need to learn from our historical mistakes and stand up as allies against the metastatic growth of white supremacism which is using different iterations of the “Great Replacement” conspiracy theory to help commit genocide, ethnic cleansing and racialized terrorism against marginalized communities around the world.

Arsalan Iftikhar is an international human rights lawyer, founder of TheMuslimGuy.com and author of the books Scapegoats: How Islamophobia Helps Our Enemies and Threatens Our Freedoms and FEAR OF A MUSLIM PLANET: Global Islamophobia in the New World Order.