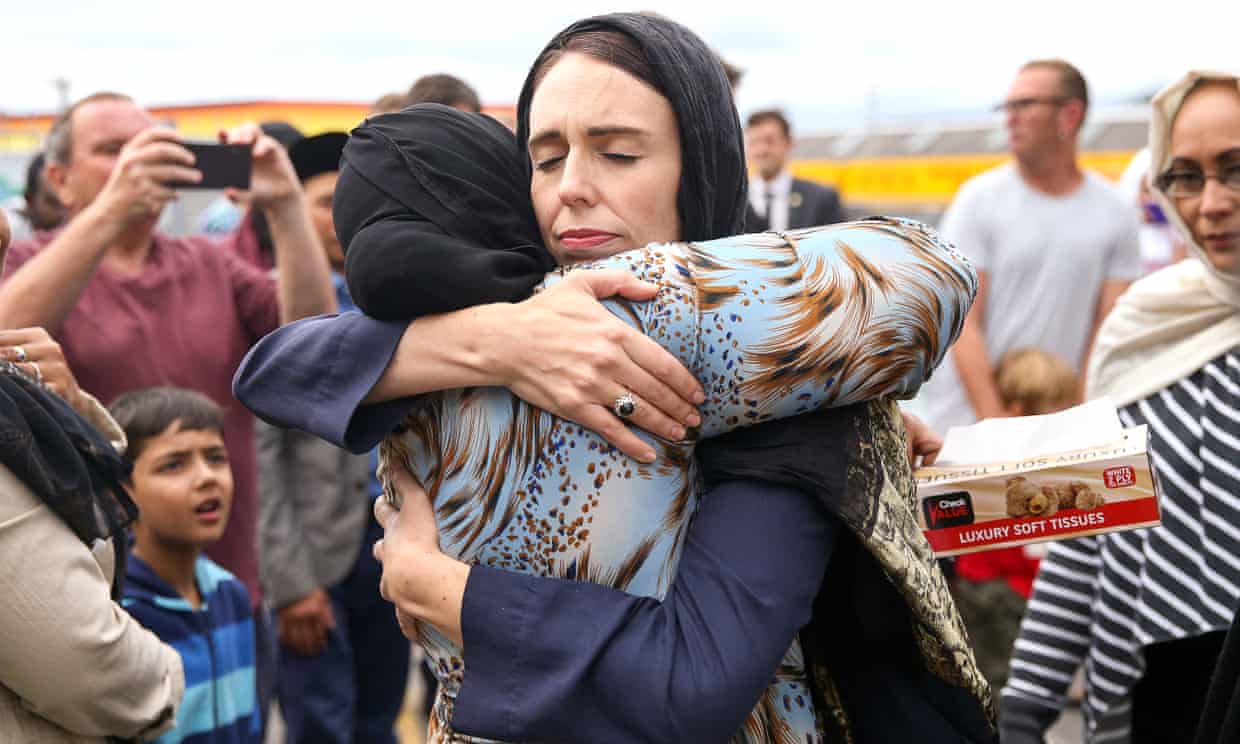 On March 15, 2019, a 29-year-old white supremacist walked into two different mosques in Christchurch, New Zealand and live-streamed his mass murder of 51 Muslim worshippers in the bloodiest act of Islamophobic terrorism in modern history. As we commemorate the one-year anniversary of the Christchurch massacre, the most treacherous legacy of the New Zealand mosque massacre might actually be the 74-page racist manifesto “The Great Replacement”, railing against Muslims, immigration and multiculturalism.

The Christchurch terrorist’s manifesto was obsessed with the idea that non-white Muslim people were ultimately going to “replace” white people in Western nations by becoming a larger percentage of the population.  (The words “birth rate” and “fertility” occurred repeatedly throughout the document). He was obsessed with the idea that non-white Muslim immigrants to Western nations were having more children than white people and slowly creating demographic change. His “Great Replacement” manifesto was also peppered with racist jokes and references to right-wing internet message boards like 8Chan.  He made references to both the Crusades and the Barbary Pirate War — invoking conflicts involving Muslims that are both centuries old and long-settled — just as right-wing racist memes on those message boards often do.

Not coincidentally, one of the “heroes” for the Christchurch shooter was the infamous Norwegian anti-Muslim terrorist named Anders Breivik, who brutally murdered 77 people in 2011 in Norway’s worst terrorist attack ever. In the Christchurch terrorist’s “great replacement” screed, he claimed that he contacted Breivik and directly credited Breivik as an inspiration for his own mass killing spree. The Norwegian terrorist’s own 1,500-page fascist manifesto called “2083 – A European Declaration of Independence” quoted from other prominent white supremacists who shared his racist “great replacement” worldview that Muslim immigrants posed a danger to Western societies.

To illustrate how the “great replacement” theory is the driving force for other white supremacist terrorists today, the Canadian city of Quebec City, Quebec witnessed its own brutal act of weaponized Islamophobia just two years before Christchurch. In January 2017, a 20-something white supremacist named Alexandre Bissonnette casually walked into a mosque during evening prayers and opened fire killing six innocent Muslims as they prayed together with nearly 50 other worshippers that fateful evening in Canada. Though he could not vote in American elections, Bissonnette was a huge fan of Donald Trump, posting selfies while wearing a red “Make America Great Again” hat.  After the Canadian massacre, Quebec City police found that Bissonnette had spent hours on the Internet having searched for Donald Trump a grand total of 819 times online. Like his “great replacement” predecessors, Bissonnette had previously stated that he was totally against Muslim immigration, because he thought that brown-skinned immigrants would take over neighborhoods, hurt the economy, and increase unemployment for white people.

Needless to say, victims of the “Great Replacement” conspiracy theory are not limited to Muslims alone. In October of 2018, the Tree of Life synagogue in Pittsburgh was devastated when a white supremacist brutally executed 11 innocent Jewish congregants in a horrific act of anti-Semitic terrorism (it was the single deadliest attack exclusively targeting Jews ever to happen in the United States).  The shooter later told police that he was inspired to commit these murders because Donald Trump was not doing enough to stop immigration. “Open your Eyes!” the shooter posted on social media in a disjointed anti-Semitic and Islamophobic manifesto. “It’s the filthy EVIL jews Bringing the Filthy EVIL Muslims into the Country!!”

Most experts agree that “The Great Replacement” conspiracy theory was made famous in modern times by a right-wing French writer named Renaud Camus who argued that “elites” in Europe (a thinly-veiled euphemism for Jewish people) were working behind-the-scenes to replace white Christian Europe with brown-skinned Muslim immigrants from the Middle East and North Africa. One of the most confounding aspects of the Great Replacement is that it seems to be a sort of Grand Unification theory of hate that can be applied to and implicate any minority for any reason. Believers in the Great Replacement theory hold that minority groups know that they cannot numerically supplant or defeat the entrenched white society, so their goal is to dilute or “replace” white people by advocating for as much immigration from non-white groups as possible.  Thus, anyone who takes anything less than the hardest possible line on immigration can be accused of working to further the Great Replacement.

The Great Replacement has become a dominant doctrine of the European far-right which actively works to fuel racial paranoia, and seeks to make white Europeans feel as though they will be “wiped out” by non-white Muslims. Once obscure, the Great Replacement has now moved into mainstream Western politics. It has been referenced publicly by right-wing Western political figures such as U.S. president Donald Trump, right-wing Italian interior minister Matteo Salvini, and Björn Höcke of the Alternative für Deutschland (AfD) in Germany.

In February 2020, this weaponized Islamophobia reared its ugly head yet again this time in Hanau, Germany; 11 people were murdered by a white supremacist at several locations including two hookah lounges frequented by local Kurdish and Turkish Muslims. After the hookah lounge massacre, German police officials found a 24-page manifesto posted online where the shooter predictably used “great replacement” rhetoric to rail against Muslim minorities in Germany and told the world that people of certain African, Asian and Middle Eastern origins have to be “completely annihilated” within the country. “If there was a button available that would make this become a reality, I would press it in a flash,” he ominously wrote about this minority annihilation.

It has become increasingly clear that these historical trends point to the fact that white supremacists will continue to use the “Great Replacement” theory to rationalize their acts of mass murder for the foreseeable future. Instead of categorizing these right-wing terrorists as lone wolves, it should be a moral imperative that our respective societies to treat them as white supremacist terrorists tied together by a central ideology deeply rooted in racist doctrines like anti-Semitism and Islamophobia.