Is a Genocide of Muslims Underway in India?

Over the past decade, India has experienced a dangerous rise in Islamophobia. There are near daily episodes of harassment, public beatings and mob assaults, destruction of property, and lynchings that have created an atmosphere of fear for the country’s 200+ million Muslims. read the complete article

IMPACT: Susanne Raab is the current Minister of Women and Integration of Austria. She joined the government of Sebastian Kurz of the Austrian People’s Party, which was responsible for many anti-Muslim legislations that have meanwhile... read the complete article

On the Politicization of Muslim Women’s Bodies

The politicization of women’s bodies has been a fixture in nation-building. Throughout history, women’s bodies have been used as political and ideological battlegrounds, upon which ruling elites debate and issue laws aimed at defining a... read the complete article

The Tories have an Islamophobia problem

Anti-Muslim sentiment is rife in the UK’s Conservative Party, from disparaging comments on social media platforms to political campaigns. Despite the overwhelming evidence, the party’s leadership has failed to take the necessary steps in addressing its... read the complete article

Genocide and the Ongoing Persecution of Rohingya Muslims

Earlier this year, the U.S. government declared Myanmar’s mass killing of the Rohingya Muslim population to be a “genocide”. This designation comes 6 years after the first incidence of mass violence was carried out by Myanmar’s military against the long-persecuted and marginalized community. read the complete article

Introduction The Guantánamo Bay Data Project serves as a central source of information on the Guantánamo Bay Military Prison. This project provides a comprehensive picture of the prison, centering the lives of the boys and... read the complete article

These tropes are not only found on anti-Muslim blogs online, but also in news and entertainment media. They can also be manifested in political speech and can serve as assumptions underlying government policy.  read the complete article

As Islamophobia seeps into the mainstream, reliable information is more needed than ever before.

Subscribe for daily updates from the Bridge Initiative about Islamophobia in the U.S. and around the world. Read today’s headlines

IMPACT: Georgia Meloni was elected Prime Minister of Italy in 2022. In 2012, she co-founded the neo-fascist Fratelli d’Italia (Brothers of Italy), which she has been leading since 2014. Since 2020, she has been the... read the complete article

In 2021, a European Muslim youth led organization created a campaign to counter discrimination and promote pluralism by showcasing a European woman wearing a hijab. The ad highlighted that freedom means having the ability to... read the complete article 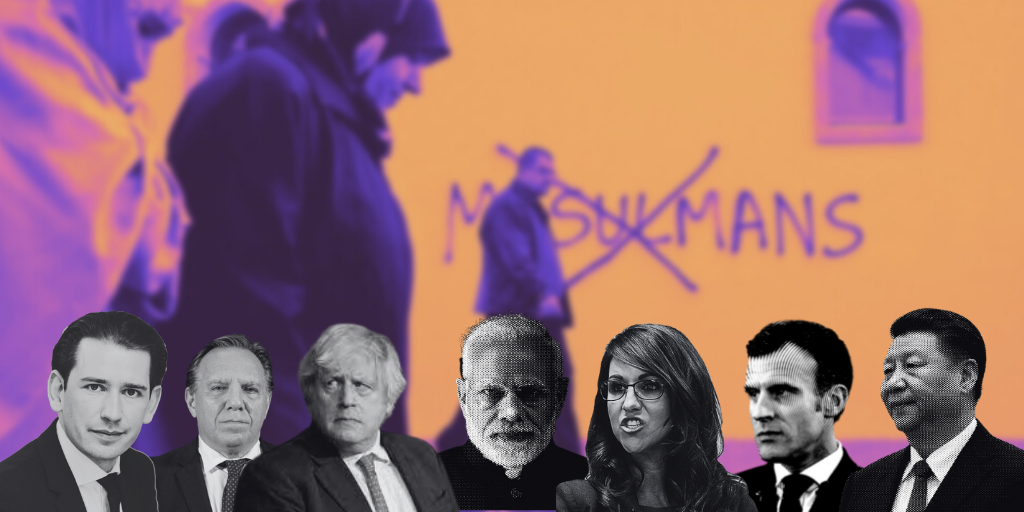