Skip to content Skip to navigation
Bridge Initiative Research Publications Editorial What’s an alternative to the U.K.’s counterterrorism policy?
Back 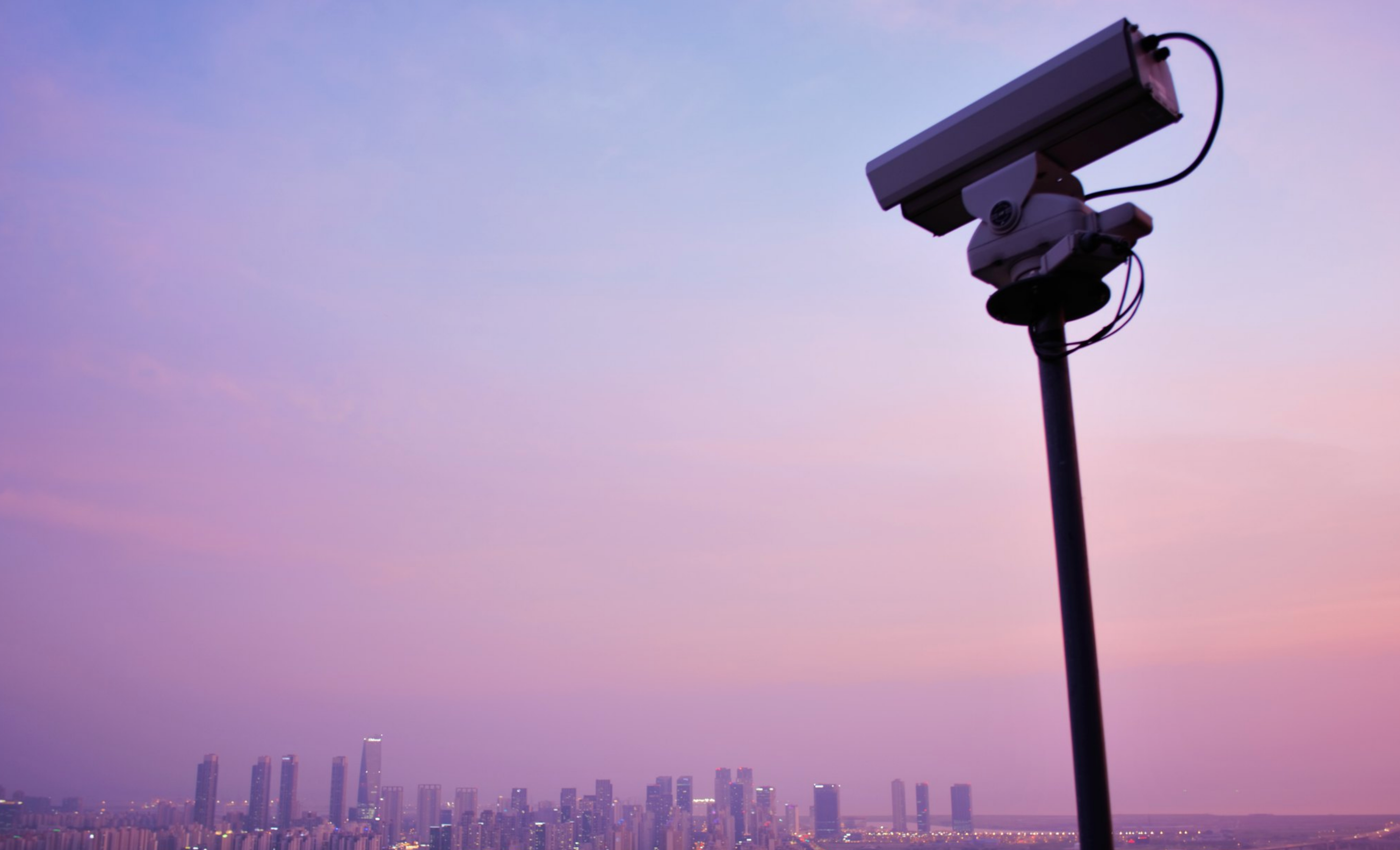 It’s been 18 years since the United States launched the global “war on terror,” an endless and borderless war aimed at eliminating “terrorism.” Following the deadly September 11th attacks, then-President George Bush called for a campaign to find, stop, and defeat “every terrorist group of global reach.” He made it clear that this Global War on Terrorism (GWOT), as it came to be known, would be like any other wars, involving “far more than instant retaliation and isolated strikes,” and gave an ultimatum to the international community: “Either you are with us, or you are with the terrorists.”

The almost two-decade-long campaign has resulted in the destruction of two countries, millions of lives lost and millions of others displaced. It also inaugurated a new discourse that institutionalized Islamophobia as it identified “terrorism” as a phenomenon uniquely associated with the religion of Islam, thus implying that Muslims are predisposed to violence. Such discriminatory claims continue to be used by governments across the globe to monitor, surveil, and curtail the rights of its Muslim populations. As Kevin Schwartz wrote, the language of GWOT serves as “a template for other countries to…circumscribe the presence, activities, and movements of Muslims in their own territories and abroad. Its language became a potent rhetorical tool for regimes to terrorize their Muslim populations.”

In Western countries, the war on terrorism led to the development of new programs and legislation with the aim of eliminating “violent extremism” and “terrorism.”  But it has done neither and has managed only to criminalize and stigmatize Muslim communities. Eighteen years later, it’s clear that counter-terrorism policies aren’t working, which raises the question: What’s the alternative?

On September 3, 2019, the Transnational Institute hosted an event in the British parliament to launch the publication of its new report, Leaving the War on Terror: A progressive alternative to counter-terrorism policy. The report focuses on Britain’s counter-terrorism (CT) policy as it delves into the failures of CT, noting that it has failed to demonstrate a reduction in terrorism, failed to uphold human rights, and has institutionalized Islamophobia. During his opening remarks at the event, New York University Professor Arun Kundnani, one of the authors of the report, also noted the undemocratic nature of CT policy as it wasn’t developed on “clear statements of goals and evidence;” rather, he says, it’s been created by the security establishment and is loyal to elite interests, not the public.

Another speaker and author of the report,Dr. Narzanin Massoumi of Bath University, discussed the highly controversial Prevent policy, one of the four strands of the U.K. government’s counter-terrorism strategy known as CONTEST. Dr. Massoumi warned that the policy (instituted in 2003) has become increasingly authoritarian, noting that its initial focus was on “violent extremism” but was broadened in 2011 to include “non-violent extremism.” In 2015 the policy was made a statutory duty. The report states that from the beginning, Prevent has been almost “entirely focused on Muslim populations, in effect amounting to a form of racial profiling.” Further, the policy is eroding the university as a safe space for free speech as Muslim students are reluctant to share their thoughts and engage in debates and discussions in the classroom for fear of being referred to the program. Dr. Massoumi also stated that Prevent severely undermines children’s rights as many of those referred to the program are minors and are often questioned without the presence of a guardian.

The negative impact of such a program, which rights groups have noted has caused fear and uncertainty within Muslim communities, cannot be overstated. At the launch event, writer and poet Suhaiymah Manzoor-Khan discussed how her generation, those growing up in the post-9/11 context, is left with long-lasting trauma as a result of growing up in a community that is under constant watch by the state. She stated that there is no trust between the state and marginalized communities due to the discriminatory and deeply intrusive nature of CT policies.

The report delves into many facets of the UK’s CT policies including collusion in torture, deprivation of citizenship, rendition, restriction of movement, and extradition. It finds that CT policy has “developed a wide range of measures that bypass the legal principles of the regular criminal justice system, evade due process and do not require the same evidentiary standards that are expected in other cases.” With the “war on terror,” the UK government was able to develop a “whole arsenal of measures that have enhanced the powers of the home secretary and intelligence agencies, restricted rights to fair and open trials, normalized pre-emptive punishment and facilitated torture.”

In addition to analyzing CT policy, the report outlines a progressive transformation of policy grounded in five key principles: democracy, evidence, human rights, community consent, and peace. Professor Kundnani elaborated on the alternatives during his opening remarks, stating that the government should democratize security policy by addressing the security needs of the people and not catering to the interests of the elites, by tackling social and political factors that can lead to violence, ending Prevent, paying attention to how resources are allocated, and instituting a wider process of transparency and accountability.

The report is groundbreaking in that it provides a blueprint for how the government can transform its approach to one that is grounded in evidence and centers the needs and concerns of the communities first and foremost. A transformation in policy that is committed to the protection of human rights and recognizes that the aim of the policy is to serve the interests of the public, not in the expansion of the state’s coercive powers. This is a much-needed resource for those who have been calling attention to the grave violations committed by CT policy and the lack of accountability when it comes to the state’s violation of individuals’ rights. Not only that; by highlighting the importance of a community-led approach, the report rightfully notes the need to build trust between the state and the communities it serves. Historically (and presently), CT policy has eroded this trust by infringing on the rights of certain communities who were told that this was the price they had to pay for the greater public’s safety. This created a social environment in which members of marginalized communities were othered, and subjected to abuse and harassment by the state. This report provides a path for the government to address these harms and take the necessary steps into forming a strategy that includes all members of societies with the ultimate goal of safety and peace for every individual.

Audit reveals the U.S. is pouring millions of dollars into CVE internationally

In 2015, the Obama administration hosted its first Countering Violent Extremism (CVE) Summit, which brought together local, federal, and international leaders to discuss “concrete steps” to take to “develop community-oriented approaches to counter hateful extremist ideologies that radicalize, recruit or incite to violence.” Domestically, this summit resulted in the establishment of new roles in the government (full-time CVE coordinator, CVE task force, etc.) along with millions of dollars earmarked in CVE grants. For example, the Department of Homeland Security (DHS) provided $10 million in federal grants for Fiscal Year 2016 to support “programs, projects, and activities that prevent recruitment or radicalization to violence by interrupting those efforts, building community-level resilience to them, and identifying the early signs of radicalization to violence and providing appropriate interventions through civic organizations, law enforcement or other entities.” read the complete article

Currently at least one million Uighur Muslims have been detained in concentration camps in China’s northwest region of Xinjiang (referred to as East Turkestan by the native population). Reasons for imprisonment range from abstaining from alcohol, having a Qur’an... read the complete article

The United Kingdom’s Prevent policy aims to prevent vulnerable individuals from becoming terrorists. The policy relies on the unfounded claim that ideology is the main driver of terrorism. Critics have noted that the policy effectively renders all Muslims potential criminals and a U.N. expert has called for the policy to be abandoned. read the complete article