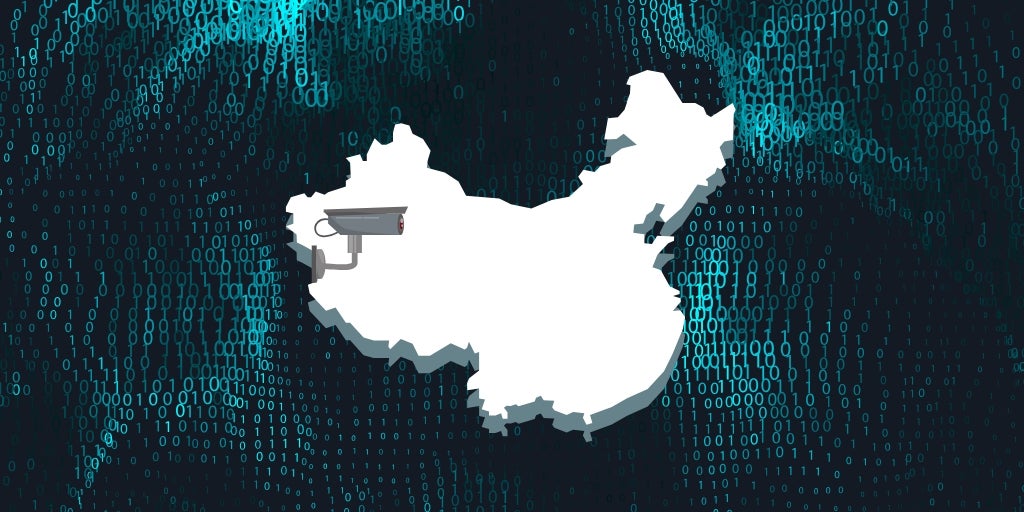 Currently at least one million Uighur Muslims have been detained in concentration camps in China’s northwest region of Xinjiang (referred to as East Turkestan by the native population). Reasons for imprisonment range from abstaining from alcohol, having a Qur’an in the house, eating breakfast before dawn, or even saying As-Salam Alaikum (peace be upon you), all viewed as ‘suspicious’ behaviors indicative of ‘religious extremism.’ The Chinese government has defended these camps, calling them anything from ‘vocational centers’ to ‘re-education camps’ intended to root out ‘extremism.’ With the camps, Chinese authorities seek to eliminate all traces of Muslim identity, which it views as a threat to the state. Activists, academics, and rights groups have warned that China’s actions against Uighur Muslims amount to “cultural genocide.” 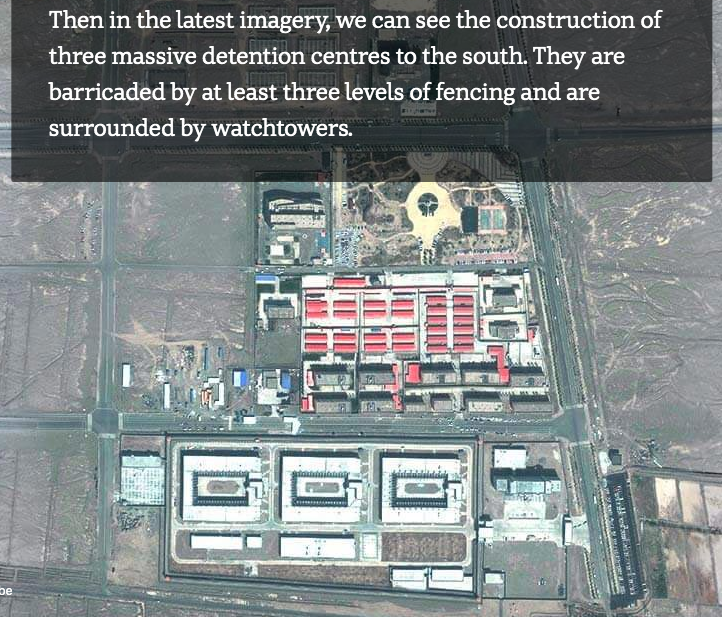 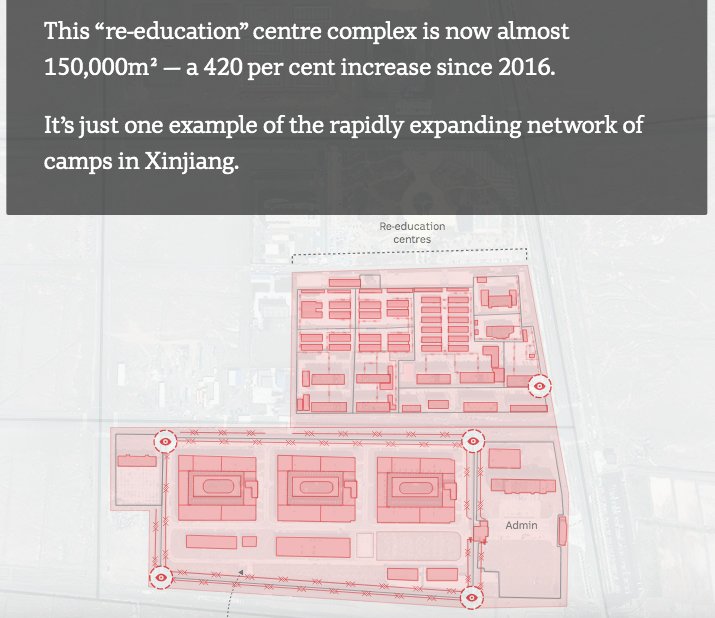 While the concentration camps should be enough to cause alarm, another piece of the growing authoritarian puzzle is the “suffocating” levels of surveillance installed by the government. In addition to the wide network of concentration camps, Xinjiang is teeming with advanced surveillance technologies creating what Buzzfeed News reporter Megha Rajagopalan has described as a police state. Facial recognition software, GPS tracking, recording devices, checkpoints, and DNA collection are just some of the measures targeting Uighur, Kazak, and other ethnic Turkic Muslim minority populations.

University of Washington Anthropology Professor Darren Byler states that China’s “People’s war on terror” is less weapons and more data and technology (i.e. facial recognition software and machine learning algorithms) used to suppress the minority ethnic and religious communities viewed as a threat to the ruling party. In fact, Xinjiang has become the embodiment of a techno-security state. 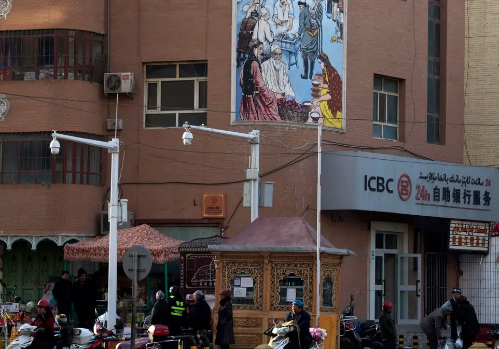 Data on the Muslim population is collected throughout the region (in both public and private places). One such program involves ‘health checks,’ where several types of biometric data (including DNA, fingerprints, voice recordings, and face scans) are collected and fed into the regional data system, Integrated Joint Operations Platform (IJOP). IJOP, used at checkpoints across Xinjiang, uses artificial intelligence that automates vast amount of data to alert authorities to individuals it flags as “potential threats.” Dr. Byler writes this information collected and stored by the government has been used to effectively curtail individuals’ privacy and freedom of movement. IJOP, Dr. Byler states, is “constantly learning from the behaviors of the Uighurs it watches,” as it collects video feeds and builds an archive of “suspicious behavior in order to predict who will become an ‘unsafe’ actor.”

Human Rights Watch has warned that data from IJOP is being used by Chinese authorities in a mobile app for police to use to “build detailed personal profiles on Uighurs and Turkic Muslims living in Xinjiang.” Dr. Byler has noted that the Chinese technological company Hikvision has “advertised tools that could automate the identification of Uighur faces based on physiological phenotypes.” In other words, technology is being used to automate the racial profiling of Uighur Muslims. 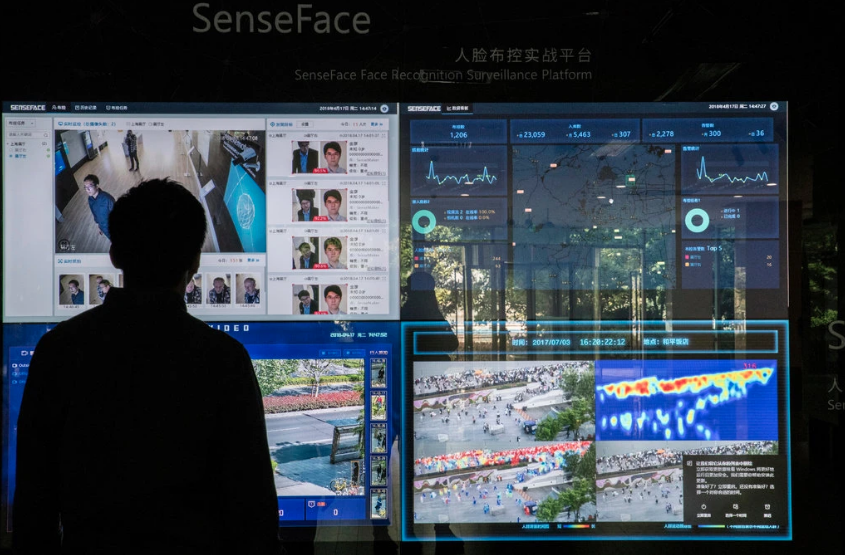 The annihilation of privacy and the reach of a real-world Orwellian state goes beyond China’s borders as the surveillance arms of the Chinese Communist Party (CCP) have even targeted Uighur Muslims abroad. At the same time, the cutting edge technology used to suppress millions of Muslims in China is being marketed across the globe by the Chinese government in what experts have described as a burgeoning security-industrial complex.

For the past few years, the capital of the Uighur region, Urumqi, has served as the launch pad for selling and marketing invasive surveillance technology to the world. The annual China-Eurasia Security Expo has seen government agencies and companies from dozens of countries (including US, France, and Israel) in attendance. Dr. Byler states the ethos of this expo is that “Muslim populations need to be managed and made productive.” An April 2019 article in the New York Times, noted that “18 countries — including Zimbabwe, Uzbekistan, Pakistan, Kenya, the United Arab Emirates, and Germany — are using Chinese-made intelligent monitoring systems, and 36 have received training in topics like ‘public opinion guidance,’ which is typically a euphemism for censorship.” Marketing technology as a means to control a segment of the population during a time of growing state-sponsored global Islamophobia will inevitably result in greater human rights violations.

Technology is often viewed through a lens of positive change and development. However, as visible in Xinjiang, when it is unregulated and falls into the hands of those with unrestricted power, it can and has been used to target marginalized communities. Uighur Muslims are flagged as threats at checkpoints, severely curtailing their freedoms and rights and often resulting in their being sent to one of the many concentration camps in the region. Those not in the camps are met with Big Brother at every step of their day to day lives: from government informants living in their homes to checkpoints and GPS tracking when they step out the front door. The technology has been implemented under the direction of an authoritarian regime that seeks to be the “top global exporter of surveillance systems.” China’s global investments and growing economic power are amplified as the state profits from surveillance-capitalism by promoting these potentially dangerous tools on the international market. As The Washington Post Editorial Board recently warned, “Xinjiang has become a laboratory for the development of a comprehensive, high-tech system for monitoring people and their behaviors, which poses an unprecedented threat to freedom — not just in western China, but potentially throughout the world.”

Today, there are 3 million Uyghurs in internment camps in Xinjiang, stripped of civic rights and made powerless by a new, dangerous brand of Chinese nationalism. Historically, nationalism has often relied on the identification of... read the complete article

Most people know that Saudi Arabia is home to Islam’s two holiest cities- Mecca & Medina- and that the country of Pakistan is the second most populous Muslim country in the world. Having said that,... read the complete article