Skip to content Skip to navigation
Bridge Initiative Research Publications Article The Jew, the Muslim and White Supremacist Terror
Back 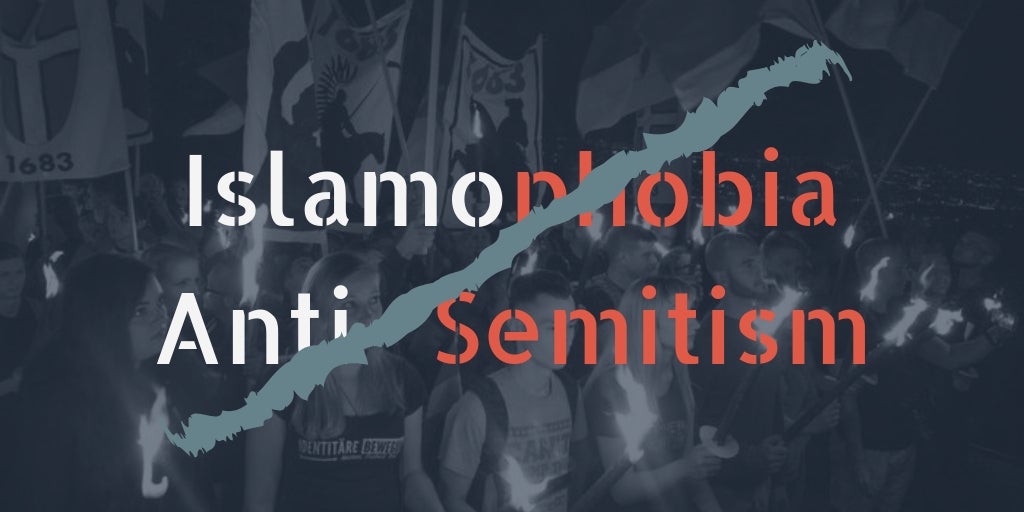 John T. Earnest is the name of the latest white supremacist to murder worshipers, this time in a Chabad synagogue in Poway, near San Diego, California. He shot four people, killing one, allegedly to save the white race, honoring Brenton Tarrant, the white supremacist who killed 50 people in two mosques in Christchurch six weeks ago. He also claimed responsibility for an arson attack on a mosque in the nearby town of Escondido. Like New Zealand’s terrorist, Earnest claimed he had left a manifesto for the world, but his ‘manifesto’ was merely a nine-page anti-Semitic and racist rant.

Like Tarrant, Earnest claimed his goal was to save the white race from the great replacement:


“No, I will not sell my soul by sitting idly by as evil grows. I’d rather die in glory or spend the rest of my life in prison than waste away knowing that I did nothing to stop this evil.”

The case of Earnest reveals how connected the figures of the Jew and the Muslim are in the imagination of white supremacists. The attacks on the Poway synagogue and the Dar-ul-Arqam  Mosque in Escondido show as much as Pittsburgh’s Tree of Life Synagogue and Christchurch’s Al Noor Mosque and Linwood Islamic Centre that Muslims and Jews are the common enemy of white supremacist terrorism. While Breivik seems to followed a long path of political socialization from being a member of a local branch of the far-right party in Norway to nurturing his anti-Muslim ideology on the web to becoming a terrorist, Tarrant and Earnest seem to have followed a much more radical ideology of white supremacy that does not potentially include Jews who might be utilized against Muslims. While for Breivik, the figure of the Jew is coopted to support Islamophobia, for Tarrant and Earnest, Jews are as much the other as Muslims.

Fear of Replacement in Charlottesville

Some of us may still recall the pictures of the Neo-Nazi and alt-right rally in Charlottesville, Virginia in August 2017. Pictures were shown of angry, young white nationalist men chanting “you will not replace us” and “the Jews will not replace us.” At this time, few observers knew where those slogans came from. With the terrorist attack killing 50 people in New Zealand on 15 March 2019, the larger ideological background of this slogan received more attention from the global media.

The white supremacist terrorist in New Zealand, who named his manifesto “The Great Replacement,” wanted to let the world know exactly the purpose of his criminal mass murder. He referred to Anders Behring Breivik, who killed nearly 80 people in Norway in 2011 and also left a manifesto.  But there is a striking difference in the two manifestos produced for the two largest anti-Muslim atrocities in the Western hemisphere in recent times. The New Zealand white supremacist terrorist presents in his manifesto ideas on Jews differing from those of Breivik. Indeed, the New Zealand terrorist nearly neglected Israel and the Jews.

The Jew and Muslim Far Away

Breivik relied on the myth of a Judeo-Christian heritage, invented following the Holocaust to whitewash not only völkisch anti-Semitism, but also the centuries of persecution of Jews in Christian Europe. This myth has become so dominant that even radical right parties in Europe have adopted it as part of their strategy to become mainstream and attempt to garner Jewish support for what they call Muslim anti-Semites.

The New Zealand terrorist’s “The Great Replacement” mentioned Jews only once. In a long list of questions, the author asks himself whether he regards himself to be an anti-Semite or not. His answer is quite short but telling: “No. A jew [sic] living in Israel [sic] is no enemy of mine, so long as they do not seek to subvert or harm my people.” The first part of his answer reflects what has been called by the New Right “ethnopluralism.” The author argues that “the attack was not an attack on diversity, but an attack in the name of diversity,” because for him, diversity can only be protected if “diverse peoples remain diverse, separate, unique, undiluted in unrestrained in cultural or ethnic expression and autonomy.”  In other words, as long as Muslims, Jews, and other ethnic and religious minorities stay in a different geography, they are not regarded as being hostile “invaders.” as the New Zealand white supremacist terrorist calls them. This represents the New Right’s strategy to partly adopt the liberal discourse of inclusion in order to turn it against itself. This is one of the central techniques that has allowed the New Right to become more mainstream and indeed to help its cultural program to become more hegemonic.

The second part of the New Zealand terrorist’s statement means that a Jew is an enemy only when seeking to subvert or harm white people – a central trope in contemporary anti-Semitic and Islamophobic discourse of the New Right. Thus, George Soros is attacked not only because he is Jewish but because he is believed to be an enabler of Muslim invasion. And although Breivik who, like most radical right parties in Europe, is deeply anti-Semitic, can officially propagate defense of an imagined Judeo-Christian tradition against the alleged Islamization of the West.

But the Australian-born white supremacist terrorist in New Zealand does not attempt strategically to use Jews for his own purposes. On the contrary, he is rather explicit when it comes to Jews living on the white man’s land. “The invaders must be removed from European soil,” he argues, mentioning also Semites alongside other groups such as Roma, African, Indian and Turkish. With these ideas, it seems that the terrorist represented the most radical side of the right-wing. It is accordingly unsurprising that his terrorist act was hailed by known white supremacists such as Andrew Anglin, who runs the US neo-Nazi website Daily Stormer. The attack on the Christchurch mosque stands in line with the killing of 11 Jews in the Pittsburgh synagogue and the shooting of nine African Americans in the 2015 Charleston, North Carolina church shooting.

But let us not downscale this terrorist attack as white supremacist terrorists. One should not underestimate the white supremacist terrorist’s ideology that can also draw on the widespread anti-Muslim and anti-Jewish rhetoric that is currently being used by so many political leaders around the world, from Viktor Orbán who mobilizes against alleged Islamization by the Jew George Soros to Donald Trump, who implemented the Muslim Ban and believes that ‘Islam hates us’, referring to ‘us’ as an imagined white world. While it is the few like Tarrant and Earnest that take to guns and kill, it is these politicians who prepare the ground for this ideology to spread en masse.

The Great Replacement: Understanding the Origins of the New Zealand Terrorist

Following the terrorist attack by white supremacist Brenton Tarrant that left 50 Muslim worshippers dead in a Christchurch mosque, headlines in news media appeared linking the ideology of the terrorist to various origins. Some focused... read the complete article