Skip to content Skip to navigation
Bridge Initiative Research Publications Article The Great Replacement: Understanding the Origins of the New Zealand Terrorist
Back 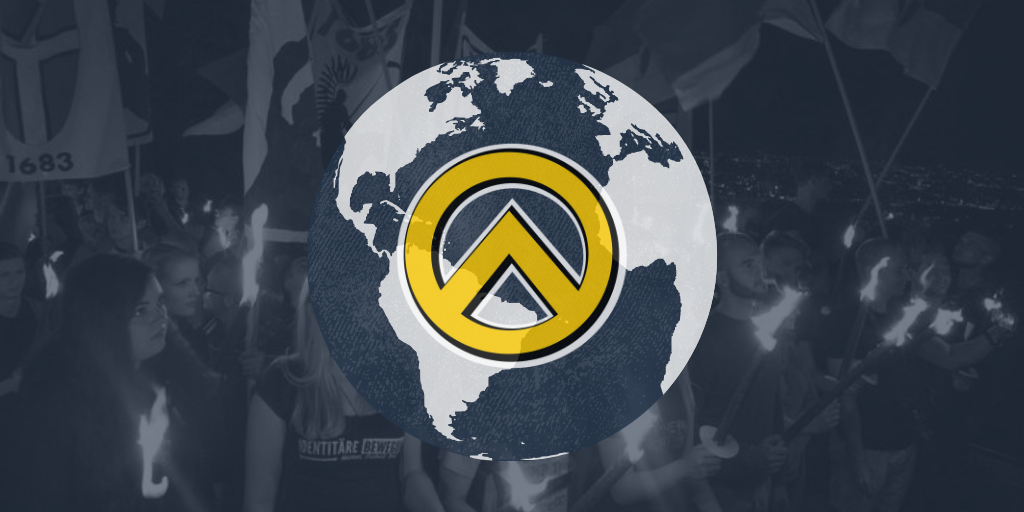 Following the terrorist attack by white supremacist Brenton Tarrant that left 50 Muslim worshippers dead in a Christchurch mosque, headlines in news media appeared linking the ideology of the terrorist to various origins. Some focused on the terrorist’s praising of US president Donald Trump, while still others argued that he “must have been influenced by British far right.” Links were made to the intellectual inspiration coming from the French far-right as well as Serbian nationalism. And recently, financial transactions with leading figures of the European identitarian movement based in Austria as well as in France were revealed. While all these aspects are part of the truth, they only reveal isolated parts of the puzzle. To fully grasp the ideological background of the terrorist’s mindset, one has to consider two different intellectual movements that are also connected, but not identical: the New Right and the Counterjihad movement.

In his manifesto, Brenton Tarrant draws heavily on the work of the French author Renaud Camus (born 1946). The title of the manifesto itself is taken from one of Camus’ books (Le grand remplacement, 2017).  But while the phrase has become commonplace in Europe’s far-right, its origins are much older, as old völkisch ideology that goes back to the imagination of Jewish overpopulation in the late 19th century.

France’s Nouvelle Droite (New Right) was originally an attempt to present right-wing extremist views in a palatable intellectual manner. It invokes anti-democratic thinkers who were active under the name ‘Conservative Revolution’ at the time of the German Weimar Republic, but the strategy of the New Right was to disseminate their ideas in ways that would appeal to the masses – that is, to dominate popular discourse with their anti-diversity ideas the way they believe Leftists had done.  Italian Leftist Antonio Gramsci had called this the goal of achieving cultural hegemony.

The desired radical political change would thus not come by way of a political coup, but by a shift of interpretations and arguments and the mainstreaming of right-wing positions. Thus, discredited notions of “race” were replaced with the less objectionable “culture,” for example. New terminologies that have become widespread if not mainstream in many European countries such as “remigration,” “endangering one’s culture” and “Islamization” were introduced into the public opinion-forming process, and massively distributed in relevant Internet forums. In organizational terms, the current identitarian movement’s strategy of  appealing to young people can be traced back to France in 2002, when the far-right Bloc Identitaire party set up a youth wing. Since then, these far-right youth movements have emerged even without any parent organization. Out of four donations made by Brenton Tarrant, three were received by the identitarian movement, two in France and one in Austria.


The identitarian movement is characterized by different intelligence agencies in Europe as racist and nationalist, seeking popular support to “protect the respective country or ‘whole Europe’ from ‘Islamization’ and mass immigration.” Their “distancing from neo-Nazism in public statements is to be regarded as a tactical maneuver, since there are in the ranks of the movement’s elites officially known neo-Nazis and contacts with other right-wing extremists.” What is characteristic is that European identitarianism uses a pseudo-intellectual discourse to disguise its own racist and nationalist world view.  As such, it is often compared with the alt-right movement in the United States.

In his manifesto, the New Zealand white supremacist terrorist lists numerous questions and presents short answers. Asking if he regards himself as an anti-Semite, his answer is short but telling:  “No. A jew [sic] living in Israel [sic] is no enemy of mine, so long as they do not seek to subvert or harm my people.” The first part of his answer is an indication of what has been called by the New Right ‘ethnopluralism.’ The author explains this principle in great detail, although without naming the concept. He argues that “the attack was not an attack on diversity, but an attack in the name of diversity.” For Tarrant, diversity can only be protected if “diverse peoples remain diverse, separate, unique, undiluted in unrestrained in cultural or ethnic expression and autonomy.” In other words, as long as Muslims, Jews, and other ethnic and religious minorities stay in a different geography, they are not regarded as being hostile ‘invaders’, as he called them. This is an example of the New Right’s strategy of adopting the liberal discourse of inclusion in order to turn it against itself. It is one of the main techniques that has allowed the New Right to become more mainstream and approach achieving its goal of cultural hegemony.


The Australian white supremacist’s manifesto – “The Great Replacement” – is clearly rooted in the New Right’s vocabulary. The idea of a replacement refers to the idea that Euro-Christians (constructed as the “white race”) are endangered by ‘multicultural experiments’ (including tolerance for pluralism and allowing immigration of non-Euro-Christians), ‘gender terror’ (women practicing birth control or even choosing not to reproduce), and most importantly, the idea of a creeping ‘Islamization.’ Islamization in the term used by the radical right to mean that Muslims will demographically outnumber and ultimately replace Christians in Europe and former European colonies. According to the author, this is the most important messaged he wanted to convey: Birth rates must change, he argues, in order to secure the demographic survival of “white” people.

The manifesto clearly mimics the standard ideology of the New Right. Their claims are reflected when the author argues that he does not hate Muslims living in their homelands, but dislikes Muslims on “white soil,” referring to them ‘invaders.’ This is the classical radical right’s approach to the question of multiculturalism.

Tarrant also shows sympathy with other white supremacist activists such as David Lane and racist mass shooters such as Dylann Roof (US white supremacist, who perpetrated the 2015 Charleston church shooting), Alexandre Bissonnette (the Canadian terrorist, who killed six worshiping Muslims in a Quebec City mosque in 2017) and Anders Behring Breivik, who killed 77 young people attending a camp he believed was promoting multiculturalism in Norway in 2011. He even claims to have been in contact with Breivik and other “knights,” and states that the Norwegian mass-shooter’s manifesto was his “true inspiration.” Terrorist Tarrant’s 74-pages long manifesto is less voluminous than Breivik’s, but like Breivik’s, it draws upon the literature of the counter-jihad movement, Tarrant’s second major inspiration.  The counter-jihad movement started in 2007 by various organizations and institutions who are non-violent but allege that Christian domination in Europe is threatened by a process of Islamization.

The counter-jihad movement is much better established in mainstream politics and is well connected to the US political establishment. Its organizations regularly set up events at meetings of international institutions such as the Organization for Security and Cooperation in Europe (OSCE) and its representatives meet with politicians and elected legislators. The prominent references to historical figures such as Charles Martel (who defeated Muslim forces at the Battle of Tours/Poitiers in 732 or the failed siege of Vienna in 1683 (when combined European armies defeated Ottoman forces) are all major symbols in the culture of the counter-jihad movement. Netzwerk Karl Martell and Gates of Vienna are just representatives of this movement, one an organization and the other amongst the most popular blogs in the counter-jihad world.

The New Zealand massacre and  the perpetrator’s manifesto demonstrate that identitarian and counter-jihad networks no longer represent merely the fringes of white supremacist organizations.  They have entered mainstream politics in many countries around the world and played crucial roles in mainstreaming anti-Muslim conspiracy theories. If we want to counter the ideology that is driving terrorists such as Tarrant, we must recognize and challenge their discourses.