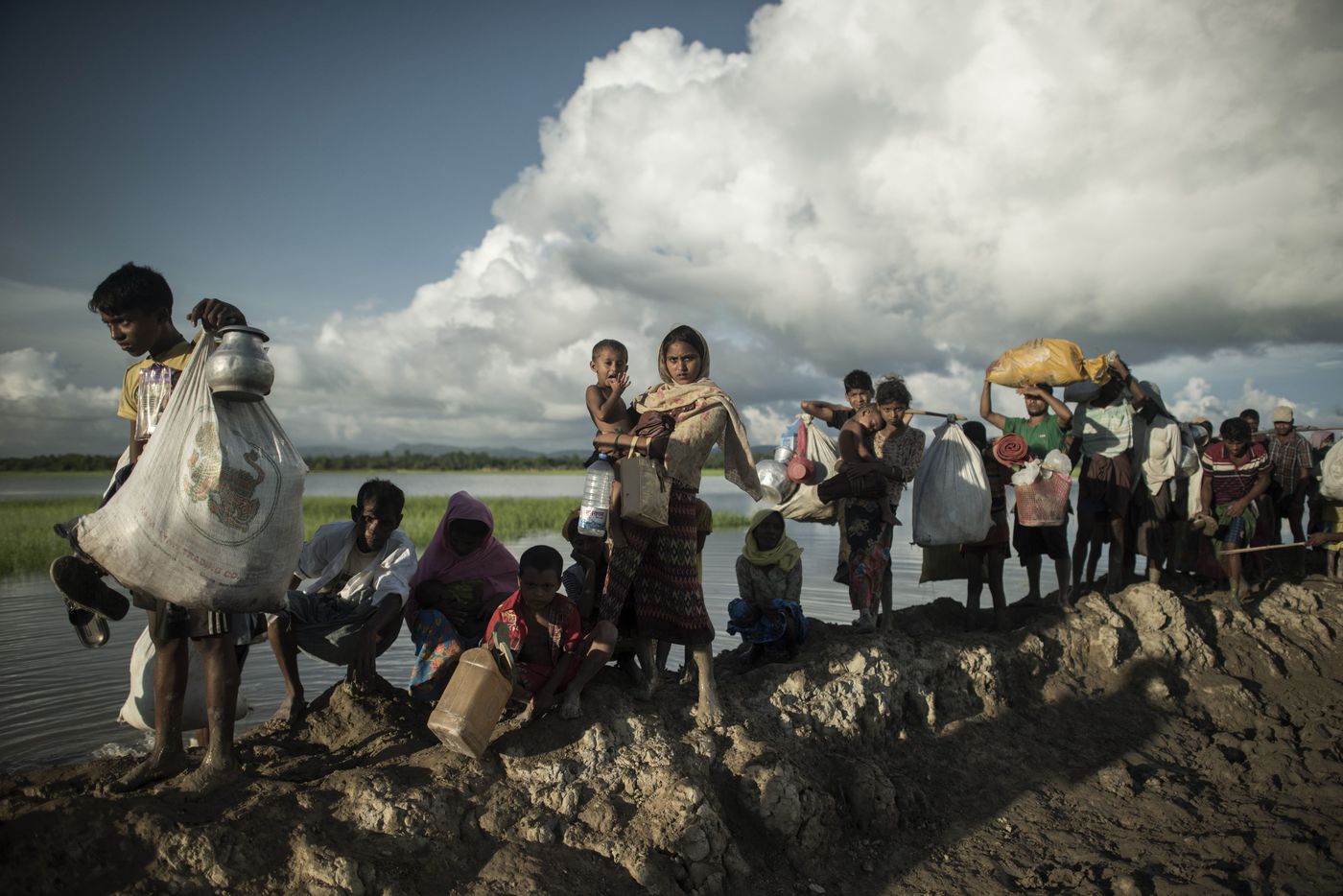 Approximately five years ago- on August 25, 2017- the military of Myanmar (formerly known as Burma) began a campaign of ethnic cleansing against over 1,000,000 Rohingya Muslims in Rakhine state. The military defended its actions, describing their campaign as a “clearance operation” aimed at militants. Marking the five year anniversary of the brutal campaign of violence, Amnesty International stated the government of Myanmar is responsible for “grave crimes under international law”; as the 2017 episode of violence included the burning of entire villages, rape of tens of thousands of Rohingya women and girls, and the forced expulsion of 700,000+ Rohingya Muslims into neighboring Bangladesh. This all occurred under the watchful eye of 1991 Nobel Peace Prize winner Aung San Suu Kyi.

“This solemn [fifth] anniversary is a haunting reminder that not a single high-ranking Myanmar military official has been prosecuted for the egregious campaign of violence against the Rohingya,” stated Amnesty International’s Ming Yu Hah, Deputy Regional Director for Campaigns. “Amnesty International stands in solidarity with the Rohingya people who are in Rakhine State and the estimated one million refugees living across the border in Bangladesh. Real justice is essential to ending the spiraling cycle of impunity engulfing Myanmar for many years.”

To commemorate the 5th anniversary of the Rohingya Muslim genocide, United States Secretary of State Antony Blinken recently said in a press release: “The United States remains committed to advancing justice and accountability for Rohingya and all the people of Burma in solidarity with the victims and survivors.  We continue to support the Independent Investigative Mechanism for Myanmar, the case under the Genocide Convention that The Gambia has brought against Burma before the International Court of Justice, and credible courts around the world that have jurisdiction in cases involving Burmese military’s atrocity crimes.” Secretary Blinken further announced that “the United States would support a UN Security Council referral of the situation in Burma to the International Criminal Court.”

In terms of legal actions that have taken place to hold the Myanmar government accountable, the African nation of Gambia filed an official lawsuit with the International Court of Justice (ICJ) at The Hague on November 11, 2019, requesting that the World Court condemn Myanmar’s government for violating the 1948 Genocide Convention with its ongoing campaign of ethnic cleansing against the Rohingya Muslim people. In the 47-page lawsuit, the Attorney General of Gambia, Mr. Abubacarr Marie Tambadou, outlined the case against Myanmar’s military and government for commencing so-called “clearance operations” against Rohingya Muslim villages, leading to the genocidal acts over which the ICJ has legal jurisdiction. The Gambian attorney general further wrote that these acts, which included “killing, causing serious bodily and mental harm, imposing measures to prevent births, and forcible transfers, are genocidal in character” because they were intended to destroy the Rohingya group in whole or in part.

On January 23, 2020, the judges at The Hague issued a 28-page ruling against Myanmar for their genocide against 1,000,000 Rohingya Muslims. In their unanimous ruling, the World Court ordered the government of Myanmar to take “all measures within its power to prevent the commission of all acts” including: mass murders, widespread rape, wholesale destruction of entire Muslim villages, basic denial of access to food, shelter and other essentials of basic life.

Generally speaking, the crime of “genocide” is defined in Article 2 of the 1948 Convention on the Prevention and Punishment of the Crime of Genocide as “any of the following acts committed with intent to destroy, in whole or in part, a national, ethnic, racial or religious group, as such: killing members of the group; causing serious bodily or mental harm to members of the group; deliberately inflicting on the group conditions of life calculated to bring about its physical destruction in whole or in part; imposing measures intended to prevent births within the group; [and] forcibly transferring children of the group to another group.”

The Economist magazine once called the Rohingya Muslims “the most persecuted people in the world.” In a predominantly Buddhist country, this indigenous ethnic Muslim group of 1,000,000+ have lived for centuries in the Rakhine province of the Southeast Asian country formerly known as Burma. Even under the watchful eye of 1991 Nobel Peace Prize winner Aung San Suu Kyi, our global community blithely stood silent as 1 million innocent victims were being persecuted in their own land simply for their Muslim religious identity.

Islamophobia has been central to Rohingya persecution from an archaic 1982 citizenship law which recognized over 130 minority groups native to Myanmar- but bizarrely omitted 1 million Rohingya Muslims. Since the passage of the law over 40 years ago, many people in the Buddhist-majority country have been subjected to xenophobic propaganda designed to make them feel that Rohingya are Muslim outsiders who were brought in by British colonialists from neighboring Bangladesh.

Since that time, the anti-Muslim persecution of Rohingya in Myanmar has been cheerleaded by a right-wing Buddhist extremist group known as “969.” Positioning itself as a patriotic grassroots movement, 969’s most vocal cheerleader was an extremist Buddhist monk named Wirathu who had been previously jailed for inciting anti-Muslim violence. Wirathu has publicly referred to mosques “enemy bases” and publicly told followers to boycott Muslim businesses and discourage interfaith marriages. Most notoriously, this 969 leader, for a period, began referring to himself as the “Burmese bin Laden” and finally surrendered himself to Myanmar police in November 2020 after a year of evading arrest on sedition charges.

So as we honor the fifth anniversary of the Rohingya Muslim genocide by the Myanmar military government, let us not ever remain complacent again as a global community and let us instead continue to call for justice for voiceless and persecuted people everywhere.