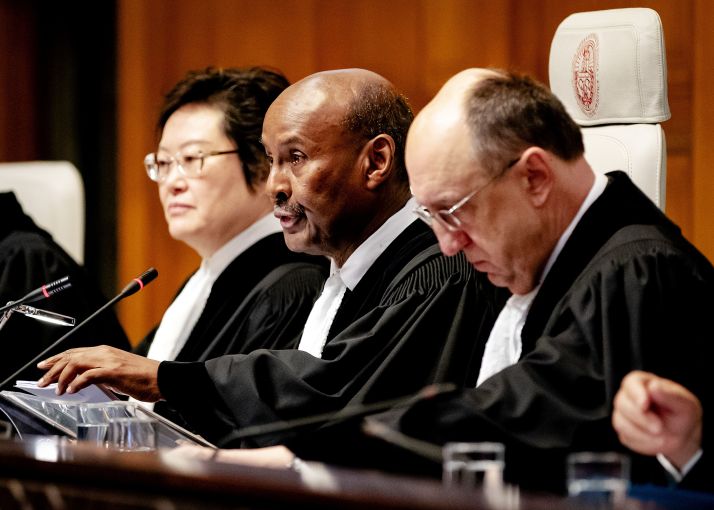 On January 23, 2020, the International Court of Justice (the World Court) issued a 28-page ruling against the Southeast Asian country of Myanmar (formerly known as Burma) for their genocidal ethnic cleansing campaigns against 1,000,000 Rohingya Muslims. In their unanimous ruling, the World Court ordered the government of Myanmar to take “all measures within its power to prevent the commission of all acts” under the Genocide Convention against the Rohingya Muslim people moving into the future.

This ICJ genocide lawsuit was originally filed in November 2019 at The Hague by the small African nation of Gambia on behalf of the 57-member Organization of the Islamic Cooperation (OIC) against Myanmar’s government, alleging clear violations of the Convention on the Prevention and Punishment of the Crime of Genocide (better known as the “UN Genocide Convention”). In their 47-page lawsuit, the Gambian attorney general argued that the Myanmar government has continued to commit genocidal acts against Rohingya Muslims who it described as a “distinct ethnic, racial and religious group that resides primarily in Myanmar’s Rakhine State” and who were being targeted for their Muslim identity.

In their recent decision, the World Court agreed in this January 2020 ruling that the Rohingya Muslims have indeed been needlessly subjected to genocidal acts capable of affecting their overall right of existence as a “protected [minority] group” under the Genocide Convention. The court found that the Myanmar government was guilty of genocidal acts including mass murders, widespread rape (and other forms of sexual violence), wholesale destruction of Rohingya villages and homes, and denial of access to food, shelter and other essentials of basic life.

During their own oral pleadings, the government of Myanmar defended themselves by claiming that they are currently involved in “repatriation initiatives” aimed at facilitating the return of nearly a million Rohingya Muslims from refugee camps in neighboring Bangladesh. The Myanmar government further claimed that they intend to promote ethnic reconciliation in the Rohingya’s native state of Rakhine and also hold military leaders accountable for their human rights violations in domestic court proceedings.

But that is simply not enough. There can be no meaningful “national reconciliation” inside Myanmar without Rohingya Muslims being given full citizenship rights which have been denied to them for nearly 40 years. In 1982 the government of Myanmar passed a blatantly Islamophobic citizenship law, which recognized eight different races and 130 minority groups in their country, but omitted the country’s one million Rohingya Muslims from Myanmar’s 60 million people. This erasure of Burmese citizenship rights from the Rohingya Muslim people allowed for nearly four decades of anti-Muslim ethnic cleansing campaigns from right-wing Buddhist ultranationalists in the country formerly known as Burma.

Having said that, this January 2020 ruling from the International Court of Justice is a step in the right direction. As the world continues to witness the spread of anti-Muslim ethnic cleansing campaigns in countries like China (who imprison a million Uighur Muslims inside internment camps) and neighboring India (whose controversial Citizenship Amendment Act [CAA] effectively strips over two million Muslims of their Indian citizenship, rendering them stateless), this ICJ ruling against Myanmar should hopefully give authoritarian governments around the world some pause before they embark on genocidal campaigns seeking to erase Muslims from their respective borders.