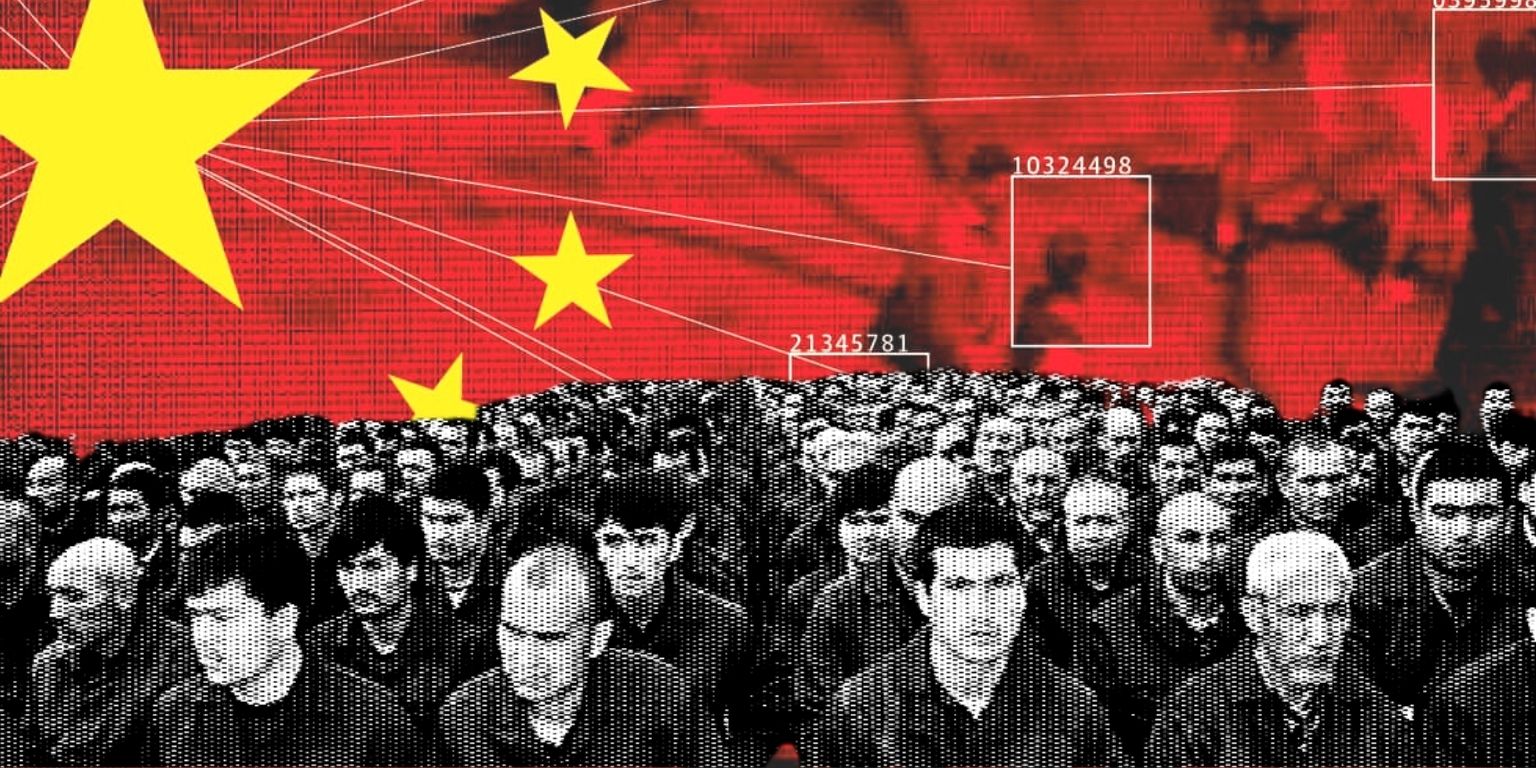 China’s decades-long repression of Uighur and other Turkic Muslims in Xinjiang (referred to by many Uighurs as East Turkestan) drastically increased in its brutality and reach in 2017. Since then, Beijing has transformed the region into a police state equipped with advanced technology aimed at documenting and tracking every aspect of Muslims’ lives in the region. Coupled with facial recognition software, mandatory surveillance apps on their phones, and even collection of DNA samples, Uighur Muslims in Xinjiang are also facing the “largest mass incarceration of an ethnic-religious minority since the second world war.”

Experts have estimated that at least one million Uighur Muslims and other Turkic Muslim minorities in the region are detained in a network of concentration camps in Xinjiang. While initially denying their existence, the ruling Chinese Communist Party (CCP) defended the camps as “re-education” camps aimed at ridding Uighur Muslims of the ‘three evils: extremism, separatism, and terrorism.’ The language used by Beijing to justify the centers and the larger campaign in the region employs the words and arguments used by many Western counter-terror government officials and proponents, claiming that expression of the Islamic faith is akin to “extremism.” In China, these “signs” include growing an “abnormal” beard, fasting during Ramadan, having a Qur’an in one’s home, saying ‘As-Salam Alaikum’ on the phone, and abstaining from alcohol and pork. In effect, the Chinese government has criminalized Uighur Muslim identity, as it not only takes aim at the ethnic group’s religious expression but also aims to eradicate Uighur culture, as demonstrated by the imprisonment of Uighur intellectuals.

Those detained in camps endure psychological and physical torture is routine; the remaining population lives under constant watch and fear. Their every move, whether it be physical or virtual, is monitored and tracked, and they are unable to communicate with their loved ones who live abroad. Journalists who enter the region to investigate are followed by government officials, thus making it very difficult to obtain direct information. However, through the activism and bravery of Uighur Muslims abroad, and analysis by academics and other experts, we’ve been able to get a picture of what is occurring in Xinjiang. The most recent analysis by Dr. Adrian Zenz demonstrates the lengths the CCP is going to in its effort to eradicate the Uighur Muslim peoples. In light of the revelations made by Dr. Zenz, along with growing evidence coming from personal stories and experiences of Uighurs and leaked government documents on the activities in the region, many are rightfully concluding that the CCP’s ultimate goal in Xinjiang is the genocide of the Uighurs.

Dr. Zenz’s most recent report concludes that the CCP seeks to halt Uighur reproductin in the region through government-led programs of sterilization, forced abortions, and mandatory birth control. The government has a documented history of demographic change in the northwestern region, due to historical government encouragement of Han-settler colonialism. (Data show that between 1949 and 2008, the proportion of Han Chinese, the majority ethnic group in China, rose dramatically from 6.7 percent to 40 percent.) Dr. Zenz’s report provides details on the other side of this demographic shift: state-led suppression of Uighur Muslim births.

In his June 2020 report published by The Jamestown Foundation, Dr. Zenz found that the natural birthrate in Kashgar and Hotan (two of the prefectures that make up the Uighur heartland) fell by a drastic 84% between 2015-2018. Additionally, in 2019, statistics revealed that birthrates across the region fell by nearly 24 percent in comparison to only 4.2% nationwide. Through an examination of government data, Dr. Zenz found that the reduction in birthrates can be attributed to Beijing’s policies of forced birth control and criminalization of birth control violations in Xinjiang.

The report found that in 2014, just 2.5 percent of newly placed intrauterine contraception devices (IUDs) in China were fitted in Xinjiang. However, by 2018 during the same period when there was a drastic escalation in China’s repression of Uighur Muslims, that share rose to 80 percent. This number is even more shocking when one takes into account that Xinjiang only makes up 1.8 percent of China’s population. Further, between 2015 and 2018, Xinjiang placed 7.8 times more new IUDs per capita than the national average.

The report also found that “shares of women aged 18 to 49 who were either widowed or in menopause have more than doubled since the onset of the internment campaign in one particular Uyghur region.” The report speculates that “these are potential proxy indicators for unnatural deaths (possibly of interned husbands), and/or of injections given in internment that can cause temporary or permanent loss of menstrual cycles.” There have been numerous reports from Uighur Muslim women who had been detained in the camps that officials were injecting women with unknown drugs that altered or halted their menstrual cycles.

Punishment for violating birth control policies has also increased under a government-run program. The report noted that between 2017-2018 there was a “Special Campaign to Control Birth Control Violations” in minority regions aimed at unearthing violations dating as far back as the 1990s, and instituted harsh punishments for those coming after July 28, 2017, the date of Xinjiang’s family planning reform. As a result of such programs, there has been a massive increase in prosecuted birth control violations, and more “draconian punishment of violations,” including mandating “extrajudicial internment” in at least three counties.

In addition to internment, women who “exceeded the birth quota by two or more children” in Qiemo county would also have to “adopt birth control measures with long-term effectiveness,” such as IUDs or sterilizations. Many of the forced birth control initiatives are being targeted in rural Uighur regions. By 2019 Xinjiang planned for over 80 percent of women of childbearing age in the rural southern four minority prefectures to be subjected to forced birth control. The program would also involve quarterly IUD checks along with bi-monthly pregnancy tests. Further, Dr. Zenz notes that the IUDs “are designed so that they can only be removed through surgical procedures by state-approved medical practitioners, with unauthorized procedures being punished with prison terms and fines.”

Sterilization efforts are run under government programs offering free “birth control surgeries.” Zenz found that for two counties (Hotan City and Guma county) in the province in 2019, the government was scheduled to sterilize 34 percent and 14 percent of women, respectively, which Mei Fong notes “per capita, … represents more sterilizations than China performed in the past two decades.”

The language of “religious extremism” is also employed in the context of forced birth control policies by the state. Dr. Zenz points to numerous publications by Chinese academics who argue that high birth rates in southern Xinjiang, where there is a high concentration of Uighurs, are connected with religious beliefs. Another paper stated that “it is undeniable that the wave of extremist religious thinking has fueled a resurgence in birth rates in Xinjiang’s southern regions with concentrated Uyghur populations.” The language employed to justify the concentration camps as needed to tackle “extremism” is also being instrumentalized to support policies of forced birth control.

China’s campaign is systematic, highly organized, and carried out not through conventional warfare, but through revolutionary technology and surveillance aimed at erasing not just the culture but eradicating the Uighur people as a whole. A commentary in the state news media demonstrates the government’s intent: “break their lineage, break their roots, break their connections, and break their origins.” This report on forced birth controls is just the latest in a long list of Uighur Muslim human rights violations by the CCP and further supports what many Uighurs and experts have been pointing out: China’s policies and actions in the region amount to the genocide of the Uighur people.

Xinjiang: Can we call it Genocide?

It’s been three years since reports emerged that China was locking up Uighur and other Turkic Muslim minorities in large-scale camps deceptively dubbed “re-education” centers. Reporting and accounts from Uighurs abroad have revealed the enormity... read the complete article

Today, there are 3 million Uyghurs in internment camps in Xinjiang, stripped of civic rights and made powerless by a new, dangerous brand of Chinese nationalism. Historically, nationalism has often relied on the identification of... read the complete article

Currently at least one million Uighur Muslims have been detained in concentration camps in China’s northwest region of Xinjiang (referred to as East Turkestan by the native population). Reasons for imprisonment range from abstaining from alcohol, having a Qur’an... read the complete article