Skip to content Skip to navigation
Bridge Initiative Research Publications Editorial Xinjiang and Kristallnacht in Austria: Freedom of Religion Under Threat
Back 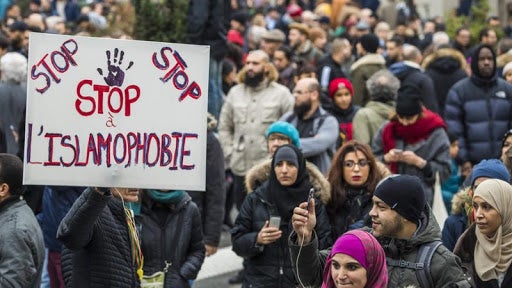 On November 9 of this year, the Austrian government commemorated Kristallnacht of 1938—known as the “Night of the Broken Glass”—a series of coordinated attacks against Jews throughout Nazi Germany and Austria that took place on the ninth and tenth of November. Jewish homes, educational institutions, hospitals, and businesses were destroyed and over one thousand synagogues were burned. While the government’s annual public ceremonies marking the inhuman atrocities may appear to be recognition of Austria’s role in the Holocaust, historians and political analysts argue Austria has never fully reckoned with its Nazi past.

Austrian commemoration of the Nazi atrocities appears empty and superficial not only given the lack of historical reckoning, but also considering the rise of anti-Muslim discourse and legislation in recent years. Nothing reveals the resurrection of racism better than the repetition of an antisemitic slogan from the father of political antisemitism and inspiration of Adolf Hitler, Karl Lueger, who famously said, “Vienna shall not become Jerusalem.” Nearly one hundred years later in 2005 the Freedom Party of Austria (FPÖ) declared, “Vienna shall not become Istanbul.” The Austrian People’s Party (ÖVP) has since coopted the FPÖ’s platform and introduced anti-Muslim legislation, including the Hijab-ban in schools and the 2015 discriminatory “Islam Act” governing Muslim religious organizations.

Most of the discriminatory legislation and political measures, like the attempt to close mosques, were presented and legitimized as a means to combat “political Islam.” In July 2020 the Austrian government set up the Documentation Center for Political Islam, a monitoring center to document and analyze political Islam, a vague term that they have been unable to define. But the lack of a clear definition allows the government to criminalize every Muslim practice. Austrian Chancellor Sebastian Kurz recently announced that he would introduce political Islam as a criminal offense “in order to be able to move against those who aren’t terrorists but are preparing the ground for it.”

On November 9, the anniversary of Kristallnacht, Austrian security forces and the secret service raided the homes of thirty Muslims and even more Muslim institutions, allegedly to combat political Islam. The organization Palestine Solidarity Austria was first to reveal their ordeal on November 9, 2020, along with a list of those whose homes were raided and the questions posed in interrogation. The questions reveal the direction of the government’s future policies on Muslims and Islam. These policies are not about helping Muslims—quite the opposite.

Officially the raid was initiated to gather evidence of terrorism and money laundering against the Muslim Brotherhood, Hamas, and individuals, but the raid did not result in a single person in pretrial detention, and uncovered only EURO 200,000 and no weapons. But it is the questions that reveal the mindset of the Austrian government behind these raids: How many non-Muslim friends do you have? Do you visit a mosque and if yes, which mosque? What do you think about the caliphate? What do you think about peace with Israel? Should kids raised in Austria be educated to become martyrs? Do you want to introduce Sharia? Do you know the Protocols of the Elders of Zion? What do you understand by the term “Islamophobia”? In your opinion, is this term justified? If so, please explain why and what do you understand by this term? Are Muslims suppressed in Austria? Is Islamist global terrorism possibly the reason for fears emanating from Islam or is it the oppression, especially of women or people of other faiths, by the norms of the Sharia? May your son marry a Christian, unbeliever or a Jew? Do you designate your son’s spouse? What does the term “Kuffare” (sic) mean for you? Are Christians for you Kuffare (sic)? Is one allowed to kill in the name of God? Do you and your wife and your kids observe the prayer times?

Reading these questions reminded me of the suffering of Uighur Muslims in Xingijang, China, who are forced to hide their Muslim identities. In China, the totalitarian state builds concentration camps, forcefully assimilates Muslims, destroys families, and criminalizes every sign of public Muslimness. In Austria—a democracy that was built on the ashes of the Nazi regime by the allied forces, including the United States—the strategy to criminalize Islam and Muslims builds on the state’s criminalization of religious practice and political views by connecting them with alleged support for terrorism, as does the Chinese regime.

Clearly, the Austrian government is already heading in a totalitarian direction—not only by criminalizing Islam and forms of religious practice, but also by trying to ban freedom of expression. In proposing to make political Islam a criminal offense and interrogating Muslims about their personal convictions and religious beliefs, the Austrian government undermines the credibility of its Kristallnacht commemorations. Like Xingijang, Austria is on a dangerous path towards repeating history.