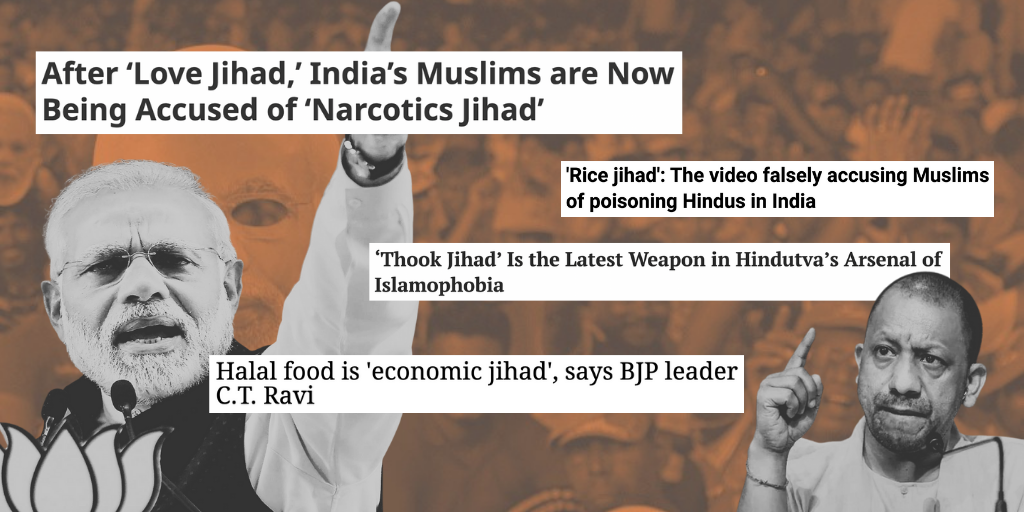 Activists, rights groups, and countless women’s organizations responded sharply to the leaked SCOTUS draft opinion seeking to overturn Roe v Wade. While many expressed their shock and fear at a potential backstep in the progress for reproductive justice, a number of these conversations have also amplified age-old Islamophobic tropes.

Some described the anti-abortion movement as the “American Taliban,” and claimed that restrictions on abortion are “Christian Sharia Law.” Even The Daily Show host, Trevor Noah, couldn’t resist this comparison, as he joked: “After all these years of the right screaming about sharia law, it turns out they were just jealous.” Rather than highlight the very organic American Christian roots of the anti-abortion drive, such commentary reinforces the view that Sharia is “synonymous with extremism,” and thus only amplifies and promotes anti-Muslim rhetoric.

Aside from the fact that rulings from Muslim jurists throughout history on abortion are diverse, nuanced, and comprehensive, the knee-jerk anti-Muslim response to the American right-wing’s decades long campaign against abortion reflects the perception of Islam and Muslims in the American psyche. The reaction from segments of the pro-choice movement highlights how deeply ingrained the belief is that Islam and Muslims are signifiers of all things regressive, violent, and oppressive, especially when it comes to women.

This isn’t the first time reproductive justice activists have incorporated Islamophobic analogies into their commentary. In 2021, Texas governor Greb Abbott signed a law banning most abortions after about six weeks of pregnancy. In the criticism that followed, many described the politicians behind the law as the “Texas Taliban.” While the Taliban are not representative of Islam or mainstream Muslims, it is noteworthy that a government consisting of Muslim men is used to underscore the severity of a policy, as if all things bad, unjust, and evil begin and end with the Taliban.

These tropes about sharia and the Taliban reflect the influence of orientalism, a colonial ideology that the late scholar Edward Said identified as a worldview that constructs a “them” and “us,” and positions “them” (Arabs and Muslims) as everything “we” (the west) are not. In this dichotomy, Islam and Muslims are affiliated with backwardness, barbarism, evil, and violence. The centuries-long use of negative lexicon and imagery normalized the idea that Islam is tied to violence and that Muslims are uncivilized.

This orientalist thinking has constructed a dual framework, one that sets Islam and Muslims as synonymous with oppression and violence. In the battle over abortion, the rhetoric has often involved using Islam and Muslims to underscore the repression of right-wing reproductive policies. Similarly, in the post 9/11 context, Islam and Muslims have also become synonymous with threat, and a common trend used to construct this threat has been the misappropriation of Islamic terminology. This has been done by connecting Arabic words or expressions to violence exclusively tied to Muslims. Politicians all across the political spectrum, pundits, and the media have incorporated this method to create fear amongst the public, and then use the manufactured alarm to justify the institution of discriminatory policies.

The earliest example in recent memory of this rhetorical manipulation occurred in the immediate aftermath of the deadly attacks on September 11th, 2001.  Post-9/11 scholarly commentary exacerbated orientalist thinking, as think tanks, pundits, and media channels promoted the idea that Islam as a religion was the motivating factor for the attacks, and that all Muslims were susceptible to extremism and terrorism. Along with academic studies in support of government action, the Bush administration’s post-9/11 counter-terror policy incorporated Arabic words and phrases into its analysis on terrorism and extremism, so much so that the term “jihadist” became shorthand for militants who were Muslim. This also essentially reinforced the idea that Islam (“Arabic is organically linked with Islam and Muslims as the language of the faith”) and Muslims are linked with extremism and terrorism.

This strategy was used by early anti-Muslim ideologues of the post-9/11 Islamophobia industry. The notable anti-Muslim blogger, Pamela Geller, repeatedly misappropriated jihad to evoke fear, provoke hate, and reinforce the “us” vs. “them” dichotomy. Browsing her website, Geller Report, it is easy to identify how the internet personality turned international anti-Muslim speaker used these concocted phrases to craft a “Muslim threat.” Categories on Geller Report include “adoption jihad,” “cultural jihad,” “election jihad,” “financial jihad,” “food jihad,” “Litigation jihad,” “workplace jihad,” and “vehicular jihad.” The pattern visible here is attaching the Arabic word, jihad, to any noun to reconfigure an ordinary thing into a phrase tied to danger, criminality, and violence.

Today, this trend of expropriating and distorting Islamic terminology has reached new levels in India, under the Hindu nationalist government of Prime Minister Narendra Modi. Anti-Muslim discourse has played a central role in the ideological work of Modi’s BJP, as he and the party have incorporated a number of linguistic tactics to further their mission to redefine India as a Hindu-only nation. This has included renaming Indian cities and rewriting history books in an attempt erase Muslim history in the country and India’s Islamic heritage. BJP politicians have also repeatedly dehumanized Indian Muslims, characterizing them as “illegal immigrants,” “foreigners, “infiltrators,” and even “termites.”

The disturbing construction of Indian Muslims as an existential threat to the country’s majority Hindu-population has also been amplified online. In the age of social media, where words and statements are currency, the formation of slogans and rhetorical campaigns has gained new ground. Hashtags have been created to generate new trends, amplify voices, and expand commentary to far corners of the world. With this advancement has also come the expansion of anti-Muslim narratives, and the growth of digital Islamophobia in India, where popular hashtags and topics of the past couple of years have included Corona jihad, love jihad, economic jihad, thook jihad (Spit Jihad), land jihad, narcotics jihad, and rice jihad.

In India, the misappropriation of Islamic terminology has also been used by politicians to introduce legislation and policies that have negatively impacted Muslims. For example, the ‘love jihad’ conpsiracy theory has gone from the digital space of social media to law in Uttar Pradesh, the country’s largest state. Under the leadership of a fiery right-wing monk, Yogi Adityanath, the state passed the Prohibition of Unlawful Religious Conversion Ordinance, referred to comonly in the media and social circles as the ‘love jihad’ law, which places restrictions on interfaith couples seeking to marry. The conspiracy theory laid the foundations and justification for the law, and the usage of jihad was deliberate, as it was meant to evoke a threat to the Hindu majority from the Muslim minority. The passage of this legislation has also given rise to vigilante groups who scout neighborhoods targeting inter-faith couples (with numerous reports of Hindu nationalist groups killing Muslim men), unofficially assisting the police in enforcing this discriminatory law. Prosecution under the law has largely targeted Hindu-Muslim marriages (where the woman is Hindu and the man is Muslim): between November 2021 and August 2021, authorities arrested 208 people under the anti-conversation law: all were Muslim.

In these cases, Islamic terminology has not only been misappropriated but reconstructed to serve an Islamophobic agenda. These linguistic projects are rooted in state and media depictions of Islam and Muslims as archetypes of evil and violence, and new terms have been created to signal an all-encompassing threat posed to the Hindu majority by Muslims, who comprise just 14 percent of the population.

Language informs reality and under Modi’s governance, discrimination, harassment, and violence against Muslims has skyrocketed, to the point where experts are warning that a genocide is underway. By either remaining silent in the face of growing violence, or issuing speeches and legislation in support of the view that Indian Muslims are a threat, Modi’s government has effectively endorsed many of the anti-Muslim campaigns, rhetoric and actions of militant Hindu nationalist groups on the ground.

Phrases such as “Christian Sharia Law” and “election jihad” do two things: 1) use Islam and Muslims as a point of reference for all things bad, evil, and unjust, and 2) acknowledge the negative connotations around Islamic terminology in the post-9/11 world and misappropriate these terms to manufacture a threat. Both scenarios are successful because the association of Islam and Muslims with danger is already ingrained in the public’s mind. It’s not only a replay of age-old orientalist thinking — everything “over there” is bad/uncivilized, and “we” are not “them” —  but it’s also a sort of linguistic Islamophobia, instrumentalizing Islamic terminology to connect Muslims with danger, violence, and oppression.

Today’s rhetorical ploys — whether it be using Islamic law to indicate the severity of the restrictions on reproductive health, or the usage of ‘jihad’ to frame Indian Muslim minorities as a menace — are built upon the post-9/11 Islamophobic discourse. In the aftermath of the attacks, the dominant narrative about Muslims was one of securitization and criminalization, resulting in the constant association of Islam and Muslims with oppression and terrorism. In the past two decades, this demonization has been, and continues to be, used by ruling powers to justify legislation and policies aimed at restricting the rights of Muslims around the globe.

IMPACT: Founded in 1925 by K.B Hedgewar, the Rashtriya Swayamsevak Sangh (RSS) is an Indian right-wing, Hindu nationalist, paramilitary volunteer organization. In 2020, RSS had almost 585,000 members and over 57,000 branches or sakhas, including... read the complete article

COVID-19 is exacerbating Islamophobia in India

As the world battles COVID-19, Muslims in India are faced with an additional threat: rising Islamophobia. The pandemic in India has brought a spike in anti-Muslim harassment, discrimination, and violence, but the phenomenon is not... read the complete article