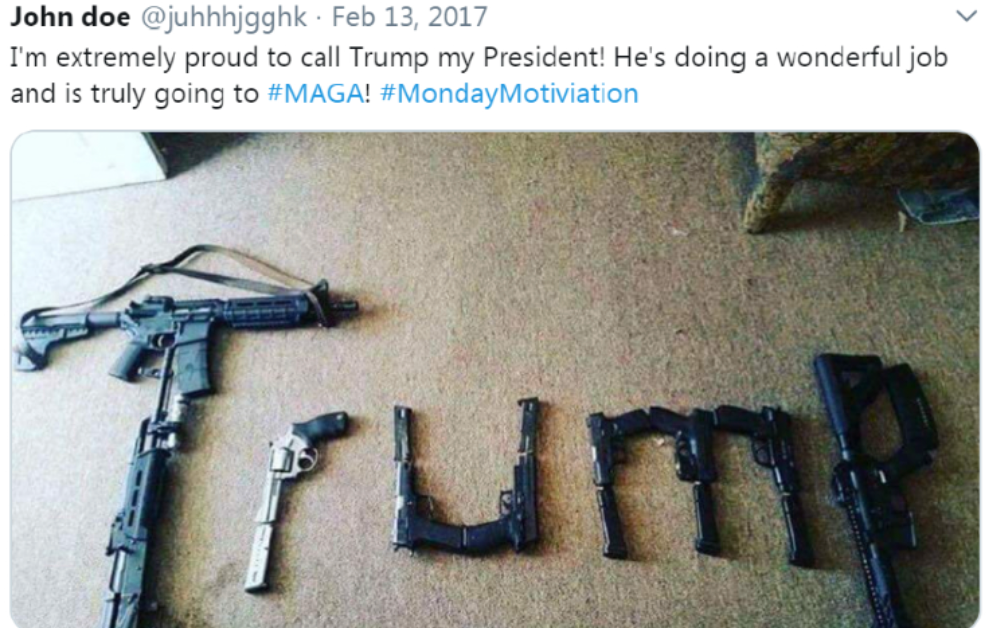 On 6 August, 2019, a white supremacist (Patrick Crusius) committed a terrorist attack that killed twenty-two people. Prior to the execution, he left a ‘manifesto’ for the public similar to the ‘manifestos’ written by other white supremacist terrorists. Like Anders Behring Breivik (now Fjotolf Hansen), who killed 77 people in Oslo and Utøya, Norway and many of his imitators such as Brenton Tarrant, who killed 51 people in two mosques in Christchurch, New Zealand, Crusius’s manifesto contextualizes his terrorist attack in El Paso, Texas, and demonstrates that white supremacist terrorism is increasing.

The four-page long manifesto of the El Paso white supremacist terrorist is called ‘The Inconvenient Truth’ and is divided into six chapters (About Me, Political Reasons, Economic Reasons, Gear, Reaction, Personal Reasons and Thought). In ‘About Me,’ which is only one short paragraph, the mass shooter states explicitly that he supports the “Christchurch shooter and his manifesto.” But while Breivik targeted socialist youth and Tarrant targeted Muslims, the El Paso shooter targeted what he called “the Hispanic invasion of Texas.” The reason he chose this scapegoat is that, for him, the Hispanic voting bloc would allow the pro-immigrant, “pro open borders, free healthcare for illegals” Democratic Party to finally rule the United States to “become a one party-state [sic].” Like Breivik and Tarrant, Crusius argued that he would only defend his “country from cultural and ethnic replacement brought on by an invasion.” What is even more astonishing is that the author presents a dialectical relationship with news media: Following the terrorist attack committed by Tarrant, people spoke about the irony that white people claim to fight a replacement, while they themselves had replaced Native Americans before. The El Paso terrorist argued that this claim should reinforce his standpoint, using the plight of Native Americans to support his idea of the danger of ‘The Great Replacement.’ Far-right groups in Europe have long argued that Native Americans today live on reservations because they could not stop immigration. According to this logic, whites should indeed take the right lesson to avoid ending up like Native Americans.

The most important reason the El Paso shooter gave for his actions, in the chapter ‘Political Reasons,’ is “the takeover of the United States government by unchecked corporations,” for which he blames the Democrats, but also several Republicans. While he does not go into detail about the damage done by “these corporations,” it seems obvious that for him, “Procorporation [sic] = pro-immigration.” Giving more opportunities to people of color is the main damage done to the United States. While the El Paso shooter is also critical of Republicans, he thinks that “at least with Republicans, the process of mass immigration and citizenship can be greatly reduced,” so he apparently sees them as partial allies.

‘Economic reasons’ is the white supremacist’s second largest chapter. It is the most perplexing aspect of his manifesto because he shows empathy with fellow (white) humans and worries about actual problems facing societies. The white supremacist terrorist starts his argument with the concern that “in under two decades, half of American jobs will be lost.” Hence, supporting more immigration would make no sense, except for the selfish corporations that aim to maximize profit and are in need of a large market. As a consequence, he sees the necessity for a “basic universal income to prevent widespread poverty and civil unrest as people lose their jobs.” He defends a libertarian state system and argues: “The less dependents on a government welfare system, the better. The lower the unemployment rate, the better.” And he even extends his argument to the ecological realm: “Our lifestyle is destroying the environment of our country.” Here, he worries not only for himself but even for the “future generations” (of his country), which he states he loves so much. At the same time, he complains that most people (meaning white people) are just too stubborn to change their lifestyles. This is where his starting point of concern and empathy changes to a nationalist agenda. The El Paso shooter does not want economic and ecologic sustainability for all humans or people outside of the United States, but simply for his own white fellow US Americans. If the USA “can get rid of enough people, then our way of life can become more sustainable.” This is the clearest statement of the motives for his terrorist attack.  In ‘Personal Reasons and Thoughts,’ the El Paso shooter adds that he has long held these views on immigration. According to a well-known racist paradigm, he suggests not to kill all non-whites, but to divide the USA into “a confederacy of territories” along race lines to ensure physical separation and eliminate race mixing. Still, he encourages like-minded readers to plan similar shootings, for his attack “is just the beginning of the fight for America and,” he adds “Europe.”

This manifesto shows a bandwagon effect. Manifestos are prepared to reveal the intention, identify the problem, the target and then present ways to tackle the issue. The latest white supremacist El Paso shooter’s manifesto is more evidence of a rising white supremacist movement that is ready to take up arms. We downplay the problem at our own risk.