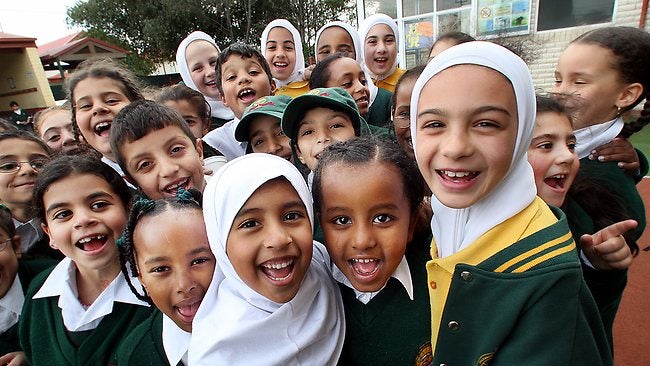 The portrayal of minority groups in mainstream media can have a disparate impact on how they are viewed by the general public. In the eighteen years since 9/11, the American Muslim community has borne the collective brunt of negative media portrayals from cable news to Hollywood movies.

The Media Portrayals of Minorities Project (MPoMP) at Middlebury College published a report in September 2019 on the portrayals of minority groups in American mainstream newspaper databases. The report examined 2018 coverage of five significant racial, ethnic, or religious minorities: African-Americans (who comprise about 13% of the US population), Asian-Americans (5%), Latinos (16%), Jews and Muslims (2% and 1%, respectively).

The researchers sought to address key questions about media coverage of these groups including: “Are some mentioned more frequently in US newspapers than others? How positive or negative is coverage of these groups, and why? How does 2018 compare to earlier years in terms of the amount and the tone of coverage? What themes are present in the reporting of all five groups, and which were distinctive to each in 2018?”

Of all the minority groups analyzed, the Middlebury researchers found that Muslims were by far the most negatively portrayed minority in America today. “In brief,” they wrote, “our analyses show that coverage of Muslims stands out as being both the most frequent and the most negative by a wide margin. This is principally due to reporting on foreign conflict zones.” While politics and education tended to be the most common themes of overall coverage for any minority group, researchers found that media stories which focused on culture were generally associated with the most positivity. On the flip side, the researchers noted that media stories which focused on law and order or national security were most closely linked to negativity.

The researchers also found that US newspaper coverage of Muslims was “significantly more negative in tone” than overall coverage of African-Americans, Asian-Americans, Latinos, or Jewish people, although they observed that the average tone of Muslim articles had become less intensely negative over the previous five years.

Another interesting finding of the report was that although 17% of articles about Jewish people published in 2018 mentioned anti-Semitism at least once, only 2% articles about Muslim mention the word Islamophobia. This is surprising considering the current political climate. Indeed, the researchers noted that even though many people viewed Donald Trump’s Muslim Travel Ban as a clear reflection of rising “anti-Muslim sentiment,” “institutionalized Islamophobia,” and “religious intolerance,” for some reason this did not translate into increased media coverage of Islamophobia in America.

Another study, published in Justice Quarterly in January 2019 by researchers from the University of Alabama, found that this constant negative framing of Muslims primarily within a “national security” framework continues to lead media outlets to over-emphasize acts of terrorism committed by Muslims. The results of the study showed that terrorist attacks carried out by Muslims received 357% more media coverage than those committed by other groups. This clear anti-Muslim bias in news coverage of attacks based on religion might explain why members of the American public tend to fear Muslims more than other groups today, according to the University of Alabama researchers.

When we try to understand the cumulative impact of negative media narratives on minority communities, one of our key takeaways should be that negative biases against minorities in America have now become firmly embedded within our media landscape today. It would behoove journalists, media executives, and everyone else to recognize that this negative coverage not only influences our political debates, but it can also impact how we perceive people of different demographic backgrounds whom we encounter in our everyday lives.