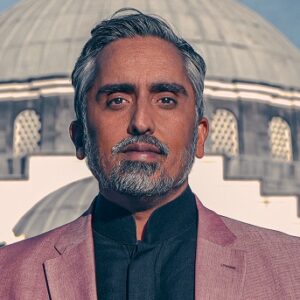 Arsalan Iftikhar is Senior Researcher for the Bridge Initiative at the Alwaleed Center for Muslim-Christian Understanding, Georgetown University. He is a prominent human rights lawyer, an internationally recognized researcher on the topic of Islamophobia, and a global media commentator. He is the author of several books including FEAR OF A MUSLIM PLANET: Global Islamophobia in the New World Order and Scapegoats: How Islamophobia Helps Our Enemies and Threatens Our Freedoms which President Jimmy Carter called “an important book that shows Islamophobia must be addressed urgently”. Throughout his career, Arsalan has been a regular on-air commentator for National Public Radio (NPR) and his interviews have appeared on prominent global media outlets like CNN, Al-Jazeera English, BBC World News, The Economist, New York Times, Rolling Stone, NBC News “Meet The Press” & many more. A native of Chicago, Arsalan was awarded the 2013 Distinguished Young Alumni Award from Washington University School of Law in St. Louis; where he received both his undergraduate and law degrees.