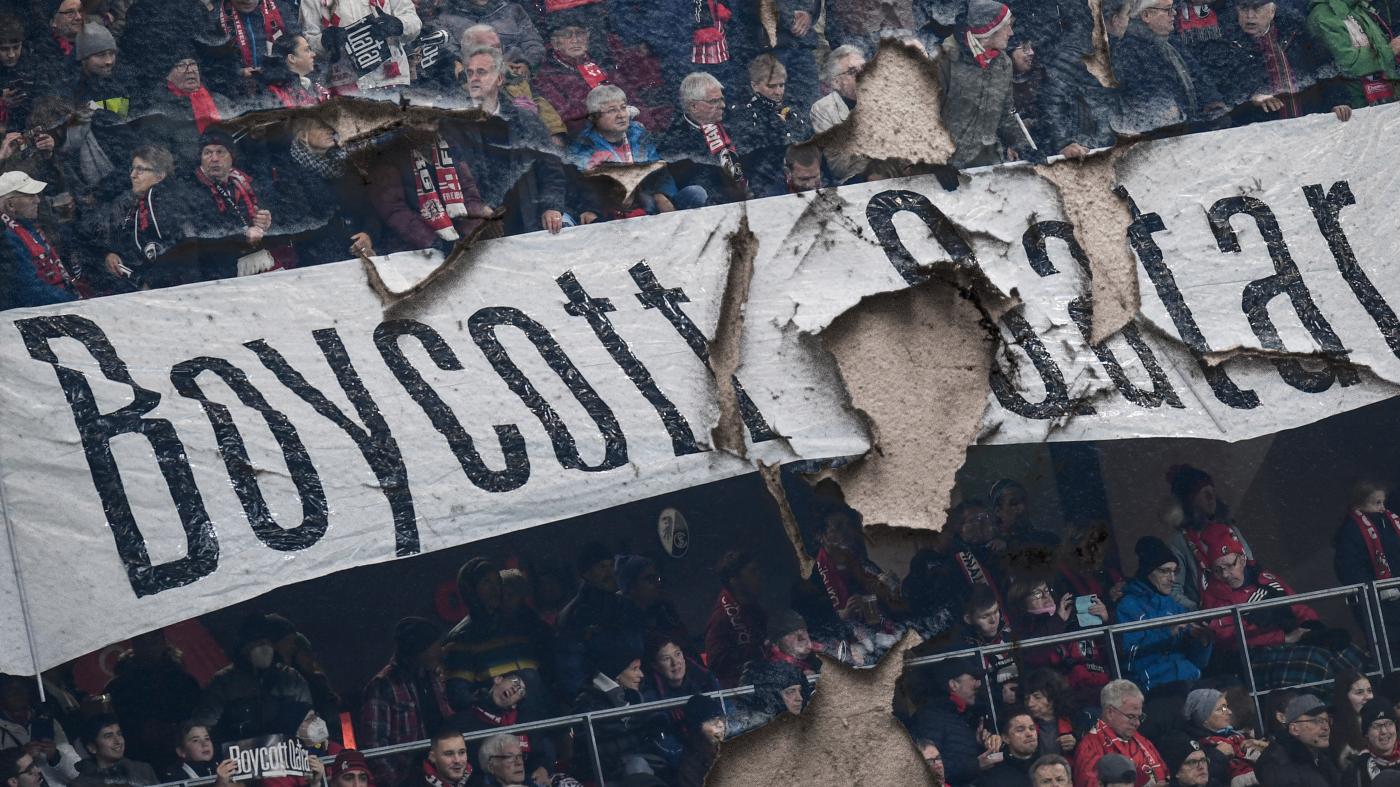 Professor Edward Said- the author of the 1978 book Orientalism– once wrote that, “I have not been able to discover any period in European or American history since the Middle Ages in which Islam was generally discussed or thought about outside a framework created by passion, prejudice and political interests.” The recent controversies surrounding the 2022 FIFA World Cup revolve around an ongoing orientalist lens where Western pundits still continue to view the greater Muslim world laced in condescension and double standards not given to other non-Muslim countries, (like China or Russia) who get to host global sporting events without much controversy at all.

One of the most important jobs of any human rights activist is to “criticize everyone without fear or favor,” according to MSNBC journalist Mehdi Hasan. To that end, I have spent the better part of two decades as a human rights lawyer condemning Arab Muslim Persian Gulf petro-state governments (namely Saudi Arabia, United Arab Emirates (UAE), Bahrain, Qatar, Oman, & Kuwait) for their human rights records over the years. Their collective human rights violations over the years primarily revolve around decades of maltreatment towards thousands of primarily South Asian migrant workers who have died by the hundreds while building Dubai skyscrapers and/or soccer stadiums in Doha.

Some of the recent controversy surrounding the 2022 FIFA World Cup in Doha, Qatar centers around an often-cited February 2021 report from The Guardian newspaper, which claimed that “more than 6,500 migrant workers from India, Pakistan, Nepal, Bangladesh and Sri Lanka have died in Qatar since it won the right to host the World Cup 10 years ago.” Now if that figure of 6,500 dead is even remotely accurate, that is objectively horrifying and the International Labor Organization (ILO)- a United Nations agency focused on protecting international labor rights- should immediately investigate the systemic human rights abuses.

Initially, the Qatari government had issued several public statements claiming that only 37 people (not 6,500) had died during the 10 years of construction, but the secretary general of Qatar’s World Cup organizing committee (a man named Hassan al-Thawadi) recently told British TV presenter Piers Morgan that “between 400 and 500” migrants died.

Professor Marc Owen Jones recently noted that according to his analysis, the 6,500 figure has become the most retweeted article about the 2022 FIFA World Cup in English with over 400,000 retweets since its publication. Professor Jones refers to this discrepancy as disinformation based on “’misleading content” or “false context” saying that an equivalent spin would be to have a headline which says “100,000 dead as COVID rampages through the UK” only to be clarified that only say 0.1% of those deaths were actually from COVID itself.

Given the magnitude of the FIFA World Cup on the global stage, there seems to be a biased double-standard criticizing Qatar for human rights violations, while superpower countries like China and Russia have essentially gotten free passes hosting major world sporting events while human rights atrocities are occurring within their own lands.

For example, did you know that China had one million Muslims languishing inside internment camps while they hosted the 2022 Winter Olympics in Beijing?

An example of the hypocritical double standard in western media coverage of the sporting event, was when the British Broadcasting Corporation (BBC) decided to protest the 2022 FIFA World Cup in Qatar by not airing the opening ceremonies. The company weakly defended itself by saying that they actually relegated coverage of the opening ceremony to its second-tier streams, including its “red button” service. Meanwhile, television pundits on the main BBC broadcast talked about human rights, instead of airing the inclusivity-themed ceremony starring Morgan Freeman, according to Al-Jazeera News.

However, just 9 months earlier, the BBC had no problem proudly airing the opening ceremony of the 2022 Winter Olympics in Beijing while China’s government was literally committing genocide on the aforementioned 1 million Uighur and other Turkic Muslims imprisoned within Chinese internment camps. I don’t remember hearing any of these outspoken critics say a word when it came to the 2022 Beijing Olympics; even when over 1 million Muslims languished inside Chinese internment camps, according to UN estimates. The Atlantic reported that many Uighur Muslims were forced to renounce Islam, criticize basic Muslim practices, and recite Communist Party propaganda inside these internment camps. The Chinese government blithely justifies these “re-education camps” as part of their “people’s war on terror,” as it claims that Uighur Muslims could be potential extremists; but not many global voices have condemned China for creating these “ethnic gulags” targeting Muslim identity while the 2022 Winter Olympics were taking place in Beijing.

According to ESPN, FIFA president Gianni Infantino lashed out at what he described as “hypocrisy” and “racism” from countries moralizing about the 2022 Qatar World Cup and claimed Europe should be “apologizing for the next 3,000 years” for past mistakes before lecturing other people. “I’m European,” said the FIFA president. “For what we Europeans have been doing around the world in the last 3,000 years, we should be apologizing for the next 3,000 years before starting to give moral lessons to people,” he told reporters. “How many of these European or Western business companies, who earned millions and millions from Qatar and other countries in the region – billions every year – how many of them addressed the rights of migrant workers with the authorities,” he continued. “I have the answer for you. None of them…The one-sided moral lesson is just hypocrisy,” he concluded.

The New York Times also highlighted anti-Muslim coverage of the 2022 FIFA World Cup. When asked by a French television news anchor about his impressions of the Middle Eastern country, their French reporter bizarrely replied, “There are a lot of mosques!” Another British newspaper ran with a photo caption which said that “the Qataris are unaccustomed to seeing women in Western dress in their country” even though 85% of the population of Qatar are foreign residents and women wearing jeans/dresses is relatively common (unlike neighboring Saudi Arabia). Finally, a French media outlet published a cartoon depicting the Qatari national team as terrorists. These bizarre statements by some Western media outlets about the tiny Muslim-majority Gulf nation of Qatar are pretty clear examples of Islamophobia since they amplify some common anti-Muslim tropes. These xenophobic tropes about “too many mosques” (Muslims are religious zealots), or “women wearing jeans” (Muslims are inherently oppressive towards women), or depicting an entire national soccer team as terrorists (all Muslims are extremists) is not the kind inclusive media narratives that you would expect from a global event like the FIFA World Cup, which is supposed to bring the human race closer together.

Dr. Ahmed Twaij recently wrote that the use of sportswashing is not new to World Cup hosts, especially if we look at history. For example, when Argentina was selected to host the 1978 FIFA World Cup, the South American country had undergone a violent right-wing military coup and even harbored Nazi war criminals at the time. Notwithstanding the fact that the new right-wing fascist government of Argentina was publicly harboring Nazi war criminals, the soccer giants at FIFA still allowed Argentina to host the 1978 FIFA World Cup which legitimized the right-wing fascist regime on the world stage.

Every four years, the FIFA World Cup becomes the most-watched sporting event in the world and this year’s 2022 World Cup in Doha, Qatar is expected to be the most-watched tournament in its history, according to FIFA president Gianni Infantino. With over 5 billion total viewers this year (which is magnitudes larger than the 200+ million people who watched Super Bowl LVI between the Los Angeles Rams and Cincinnati Bengals), the quadrennial FIFA World Cup has become without a doubt the most prestigious global sporting event in the world today. For these reasons, we should be consistent and not have double standards in our human rights condemnations of host nations because the beautiful game should belong to us all.