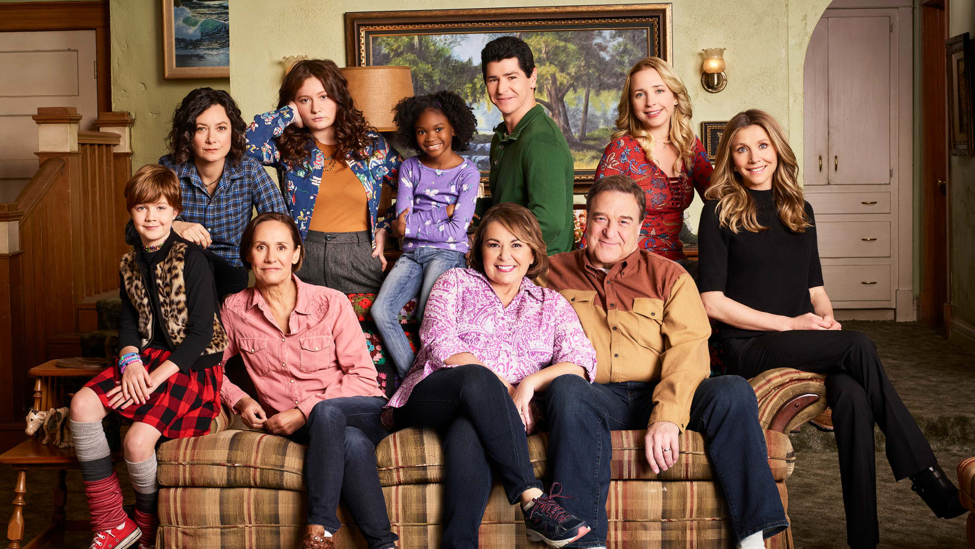 On May 8, 2018, the seventh episode of the “Roseanne” reboot aired on ABC. The premise of the episode, according to “Roseanne” co-executive producer, Dave Caplan, was a “comeuppance” for real-life Roseanne Barr’s “own bias” against Muslims. (Roseanne Barr has taken to Twitter to make highly derisive and inflammatory statements about Islam and Muslims). According to glowing reviews and cable news media coverage of the episode, “Roseanne” was praised for apparently taking a positive step towards addressing Islamophobia in the U.S.

What actually followed, however, is an episode that relegated Muslim characters to plot devices to further Roseanne Conner (the character)’s journey from crude and offensive accusations of her new Muslim neighbors as “terrorists” and “enemies of America,” to people whom she “saves” from anti-Arab harassment. But here’s the thing. “Roseanne” focused solely on interpersonal Islamophobia — her Muslim neighbors living next door. When it came to her anti-Muslim comments about anti-Muslim policies and laws, and about Muslims living outside the United States and targeted by the War on Terror, the show’s Islamophobia was left unevaluated and, more crudely, used for comedic relief.

In the opening scene, Roseanne is spying on her new Muslim neighbors, concerned about the amount of fertilizer they seem to have acquired. Roseanne matter-of-factly states: “That’s how they make bombs. What if this is a sleeper cell full of terrorists getting ready to blow up our neighborhood?” She continues: “I’m telling you. This is what people from Iraq and Talibanistan [Afghanistan?] do. They hide out in neighborhoods like Lanford. Don’t you watch the news?”

In dialogue that attempts to push back against Roseanne’s views, Jackie (Roseanne’s sister) sarcastically states, “Oh my God you figured it out… All we have to do is arrest everybody.” Jackie likely says this to point out to Roseanne the absurdity of trying to solve “terrorism” by simply arresting everyone she thinks is a “terrorist.” As if rounding up Muslims would be a far-fetched, even preposterous, idea. And yet, “Roseanne” seems painfully unaware that this has been a reality for many Muslims in the U.S.

In the direct aftermath of the 9/11 attacks, the FBI and U.S. Government carried out mass arrests and arbitrary detentions (over 1,200), registrations (84,000) and deportation proceedings (13,000) for Muslim and primarily Arab immigrants and non-citizens. They were profiled for sharing similar identities (notably, their faith) with the 9/11 hijackers. The aforementioned scene also fails to account for the countless instances of government-led profiling, intelligence gathering and surveillance operations against Muslims since 9/11, which have resulted in overzealous charges (and non-charges) and prosecutions, and an alarming proliferation of undercover informants and FBI agents to manufacture countless terrorism cases. Jackie may have called out Roseanne for spying on her Muslim neighbors, but the show leaves unaddressed that the government certainly does.

Later in the episode, it’s time for young Mary (Roseanne’s granddaughter) to Skype with her Mom, who is a soldier stationed in Afghanistan. It’s 2:00 am local time in Lanford (which is where the show is set), and most of the family is awake. But, they realize, the Wi-Fi has been cut. With Mary becoming distraught, Roseanne decides to try to guess at the Wi-Fi password of the new “terrorist” neighbors. After unsuccessful attempts at both “death to America” and “death to America 123,” Roseanne reluctantly decides that she must “go and wake up the enemies of America.”

When Fatima and Samir Al Harazi answer the very late-night knock at their door, a conversation ensues that, horrifyingly, culminates with Roseanne assuring the Al Harazi’s that if they “have any family over there [in Afghanistan], let us know and we’ll put in a good word with the drone people.”

In this scene, “Roseanne” crudely referenced the lethal U.S. drone program that has killed thousands of Muslims abroad, for cheap comedic relief. According to the Bureau of Investigative Journalism (TBIJ), in 2017 alone, reported U.S. strikes in Afghanistan numbered between 2,607 and 2,609, resulting in the killing of 852-1,445, of whom 2-27 were children. Furthermore, in Yemen, where the fictitious Al Harazi family is from, there were 127 confirmed U.S. airstrikes in 2017, killing 135-184 people, including 0-2 children.

The U.S. “targeted killing” program, a euphemism for U.S. assassinations abroad (including its own citizens), is a secretive process that entails neither indictment nor trial. And, according to leaked U.S. Government drone papers, those who are killed who were not the intended target are automatically designated “enemy combatants” unless posthumously proven otherwise.

The U.S. drone assassination programs, therefore, are no laughing matter.

In the final scene of the episode, Mary, Roseanne and Jackie are Skyping with Gina (Mary’s mother and Roseanne’s daughter-in-law) in Afghanistan. Mary tells her mother that they’re “stealing the Muslims’ Wi-Fi” in order to make the call. Gina chuckles and shockingly replies: “Actually, so am I.” This scene roundly summarized that “Roseanne” had no interest in addressing anything other than interpersonal Islamophobia (which, according to the Arab American Institute, it did not do well). This scene justified and even celebrated U.S. military imperialism and the U.S. invasion and ongoing occupation of Afghanistan, a seemingly unending war that has resulted in the deaths of tens of thousands of Afghans. According to an annual report by the UN Assistance Mission in Afghanistan (UNAMA), 10,000 Afghan civilians were killed or injured in 2017 alone.

Without question, the U.S. has an Islamophobia problem. However, “Roseanne” contributed far more to its entrenched institutional and militaristic nature than it could ever have hoped to have “solved” interpersonally. “Roseanne” taught its audience that it’s good to be nice to your Muslim neighbors (only once, of course, you’ve verified that they’re not “terrorists” or “enemies of America”), but not to think too critically about the U.S. role in surveillance of Muslims at home, and targeted assassinations and war abroad.

Kristin Garrity Şekerci is a Senior Research Fellow at the Bridge Initiative.