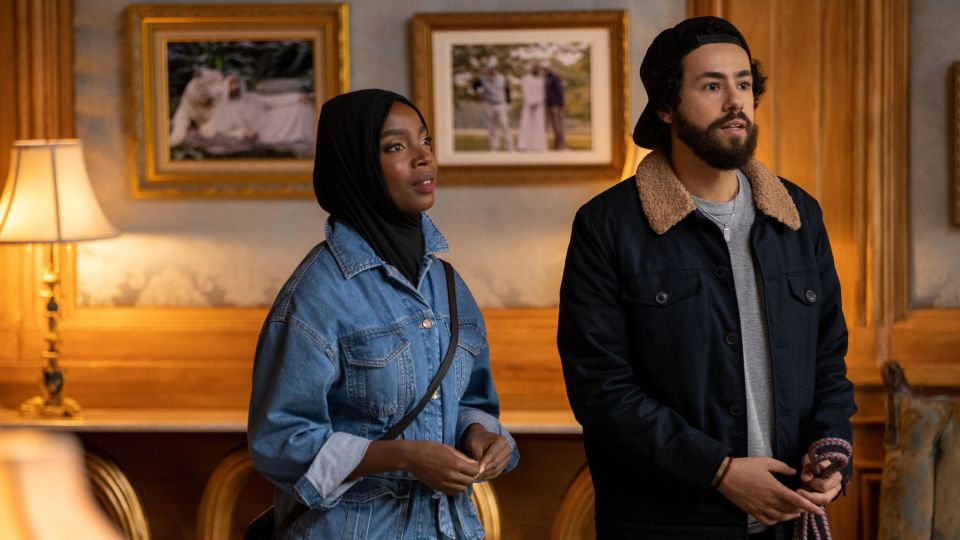 This report entitled “Erased or Extremists: The Stereotypical View of Muslims in Popular Episodic Series” analyzed television shows in Western nations like the United States, England, Australia, and New Zealand, and found that out of the 8,885 speaking (or named) television characters coded across 200 popular scripted series; only 1.1% (less than 100 roles) were Muslim characters. Another glaring (yet unsurprising) finding of the report was that Muslim TV characters were often ostensibly linked with violence; with nearly 40 percent of Muslim characters either being targets of violence and/or one-third of Muslim television characters (31%) being perpetrators of on-screen violence.

“Not only is this radical erasure an insult, it has the potential to create real-world injury for audiences, particularly Muslims who may be the victims of prejudice, discrimination, and even violence,” noted Al-Baab Khan, the study’s lead author. Dr. Stacy Smith, founder of the USC Annenberg Inclusion Initiative, continued: “As a result, viewers would have to watch hours and hours of content before seeing even a single portrayal of a Muslim character– with even more time required to find a portrayal that is not linked to violence or extremism.”

This 2022 report mirrored similar findings from a year earlier when the USC researchers issued a similar 2021 report called “Missing & Maligned: The Reality of Muslims in Popular Global Movies” which analyzed Muslim representation in global Hollywood movies and blockbuster films. The 2021 report found that nearly 91 percent of Hollywood movies worldwide did not feature even one single Muslim character. The gender disparity was also evident in the fact that the ratio of Muslim male characters to Muslim female characters across 200 Hollywood films was a staggering 175:1 ratio. They also reported that 54 percent of primary (and secondary) Muslim characters in Hollywood movies were targets of violence (with over 19% of Muslim primary & secondary characters dying by the end of the film).

“This reminds us that when it comes to Muslim portrayals, we’re still being fed a TV diet of stereotyping and erasure,” according to Academy Award-winning British Muslim actor Riz Ahmed. “For Muslims this sends a message that they don’t belong or don’t matter. For other people, we risk normalizing fear, bigotry and stigmatization against Muslims. Networks and streaming services need to embrace their responsibility to ensure Muslims of all backgrounds see themselves reflected in our favorite TV shows. And they would be wise to embrace this gigantic opportunity to reach and connect with an underserved global audience – not just as part of a passing diversity fad but as a decisive shift towards inclusive storytelling.”

The legendary Palestinian-American academic Edward Said once wrote in The Nation magazine that, “I have not been able to discover any period in European or American history since the Middle Ages in which Islam was generally discussed or thought about outside a framework created by passion, prejudice and political interests.” Since Hollywood is often a manifestation of American and European societal projections in many ways, we should not be surprised at Hollywood’s collective erasure and/or negative demonization of Muslims because Western mainstream media outlets have perpetuated Islamophobia for decades when it comes to journalism.

To illustrate this point, a January 2019 study published in Justice Quarterly found that terrorist attacks carried out by Muslims received 357% more Western media coverage than those committed by non-Muslim perpetrators. They also found that religion was a significant predictor for the amount of media coverage especially those carried out by Muslim criminals (compared to terrorist acts committed by Christian white supremacists). This clear anti-Muslim bias in Western mainstream media news coverage might give people an indication as to why there is such a negative bias against Muslims in Hollywood as well.

The phrase “representation matters” that many of us hear everyday is quite important for a number of reasons. When we see people different from us on television, it can also help collectively reduce societal prejudice as a whole. In the 1950s, an American psychologist named Dr. Gordon Allport came up with “intergroup contact” theory which said that contact between members of different groups can be an effective means to reduce mutual prejudice and increase trust between different demographic groups.

For these reasons, since Hollywood is the primary exposure that many human beings receive about people of different backgrounds, it should behoove television executives around the world to ensure proper quantitative and qualitative representation of Muslims (and all other under-represented minorities) in their Hollywood portrayals moving forward.