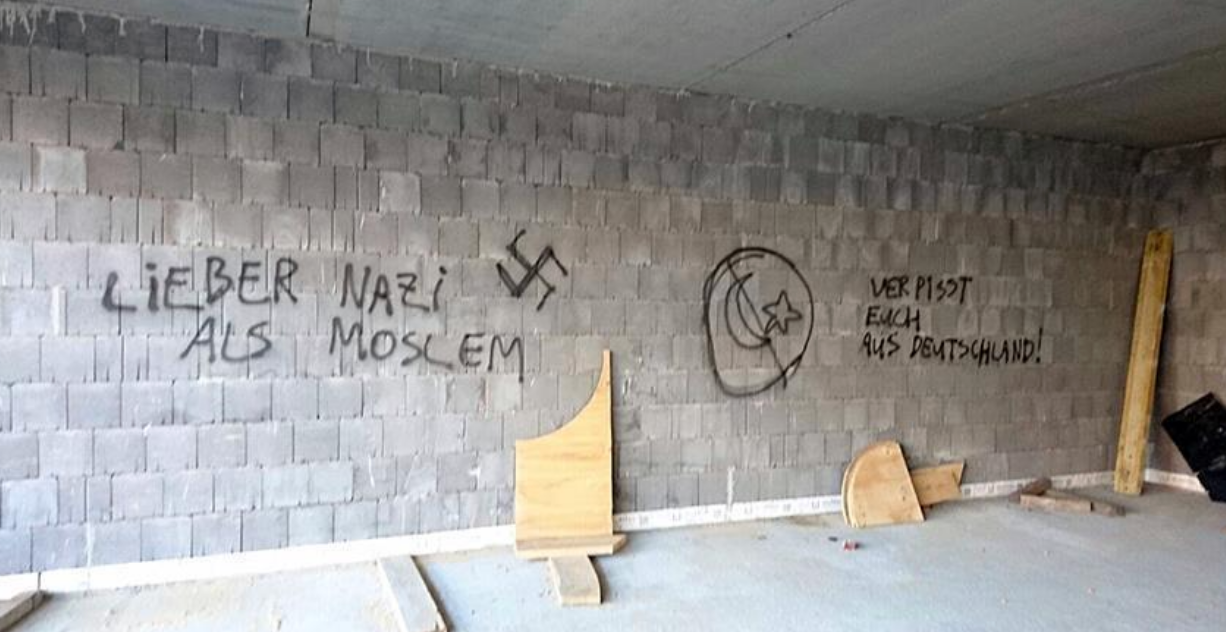 Last month, political and religious leaders around the world commemorated the end of the Nazi cruelty, the 75th anniversary of the liberation of the Auschwitz extermination camp, the Konzentrationslager. The systematic industrial killing of six million Jews is especially commemorated in the historical heartland of the German Reich of Adolf Hitler. And nowhere is the culture of guilt and remembrance more institutionalized than in Germany.

Commemorating the Holocaust and the Rise of the Far-Right

Political elites in Germany are aware of their predecessors’ responsibility for the mass extermination of Jews and Jewish life. And the country has committed to keep up the commemoration of their historical guilt. In late 2018, the German federal government established a Federal Commissioner on Anti-Semitism within the German Attorney-Generalship and appointed Chief Prosecutor Claudia Vanoni to the position. Since taking office, Vanoni is rightly blaming the recent rise in anti-Semitism on right-wingers, especially with the rise of the far-right political party Alternative for Germany, which has not only entered the German Bundestag (federal parliament) in 2017, but has become the third-largest party represented in parliament, winning 94 seats. In some states, it has even become the second strongest political party.

While anti-Semitic terror is perpetrated by far-right people, as the terrorist attack on the synagogue in Halle demonstrated in 2019, there is also a discourse trying to focus on an alleged ‘new anti-Semitism,’ which is a so-called ‘Muslim anti-Semitism.’ This term suggests that the greatest threat for Jewish life in Europe is emanating from a totalitarian vision of Islam that is deeply embedded in many Muslims’ minds. Even some Jewish organizations argue that anti-Semitism among Muslims is an ever-greater problem in Germany. But statistically, there is no evidence to support this claim. In 2018, 90 percent of the 1,800 anti-Semitic documented hate crime cases were perpetrated by right-wing extremists.

But this claim is used by racist politicians to create a divide between the Germany’s Jews and Muslims. Even far-right politicians try to frame themselves as the ‘new Jews’, seeking the support of Jews against an alleged ‘Islamization’ of Germany. Also, the governing centrist-right CDU’s interior expert and MP Philipp Amthor, for example, told the news channel ntv: “One should not forget that anti-Semitism is of course particularly strongly represented in Muslim-influenced cultural circles.” He further stated that as a result of increased Muslim immigration over the past several years, “there are of course many concerns for the Jewish population at this point.”

Amthor had already supported the often repeated and discussed statement “Islam is no part of Germany,” though he amended it to “political Islam is no part of Germany,” using a euphemism for organized religious civil society activism. Amthor’s statement on new antisemitism was largely welcomed, though with a slight critique regarding the timing. On one side, CDU MP Friedrich Merz jumped in to support Amthor, saying that anti-Semitism in Germany had risen in tandem with the arrival of over 600,000 refugees fleeing from the civil war in Syria. He said that “we again experience antisemitism — mostly from the right, but also due to immigration from 2015/16.” He further claimed: “Many [immigrants] bring hatred of Jews with them, which is preached in their home countries. There must be no tolerance for that either.” On the other side, CDU MP Matthias Hauer rejected not the substance of Amthor’s comments, but his timing, saying: “Even if the statements are correct, today — #Auschwitz 75 — is not a day to point fingers at others.” This ambivalence captures the wide-spread mood towards anti-Semitism and Islamophobia in Germany today. But there are also MPs countering this narrative.

Countering the narrative of the ‘New Antisemitism’

This discourse does not go uncontested. The Green politician Konstantin von Notz called this tendency in the public to discuss anti-Semitism as primarily a Muslim problem “extremely irritating.” Leftist MP Jan Korte also criticized Amthor’s statement and argued that “this idea shows the full extent of the problem [Islamophobia] in this country.” Amthor soon declared that he had been misinterpreted and that the greatest danger of anti-Semitism still stems from the far-right. CDU leader Markus Söder blamed the far-right political party Alternative for Germany (AfD) for playing what he called a “very central role in the growth of anti-Semitism.”

It seems clear to most of Germany’s political elite and civil society that the far-right AfD is responsible for mainstreaming anti-Semitic ideology today. What is apparently less clear is the importance of applying lessons from the country’s long and troubling history of anti-Semitism to its current treatment of other minority groups. In current German political discourse, anti-Semitism is often reduced to and equated with the Holocaust. This allows no comparison with other forms of racism. More important even, it suggests that anti-Semitism is something not intertwined with other forms of racism and thus stands alone. Thus, anti-Semitism is seen as fully separate from any other form of racism. And it allows politicians to speak out against anti-Semitism while at the same time ignoring their own racism against other groups.