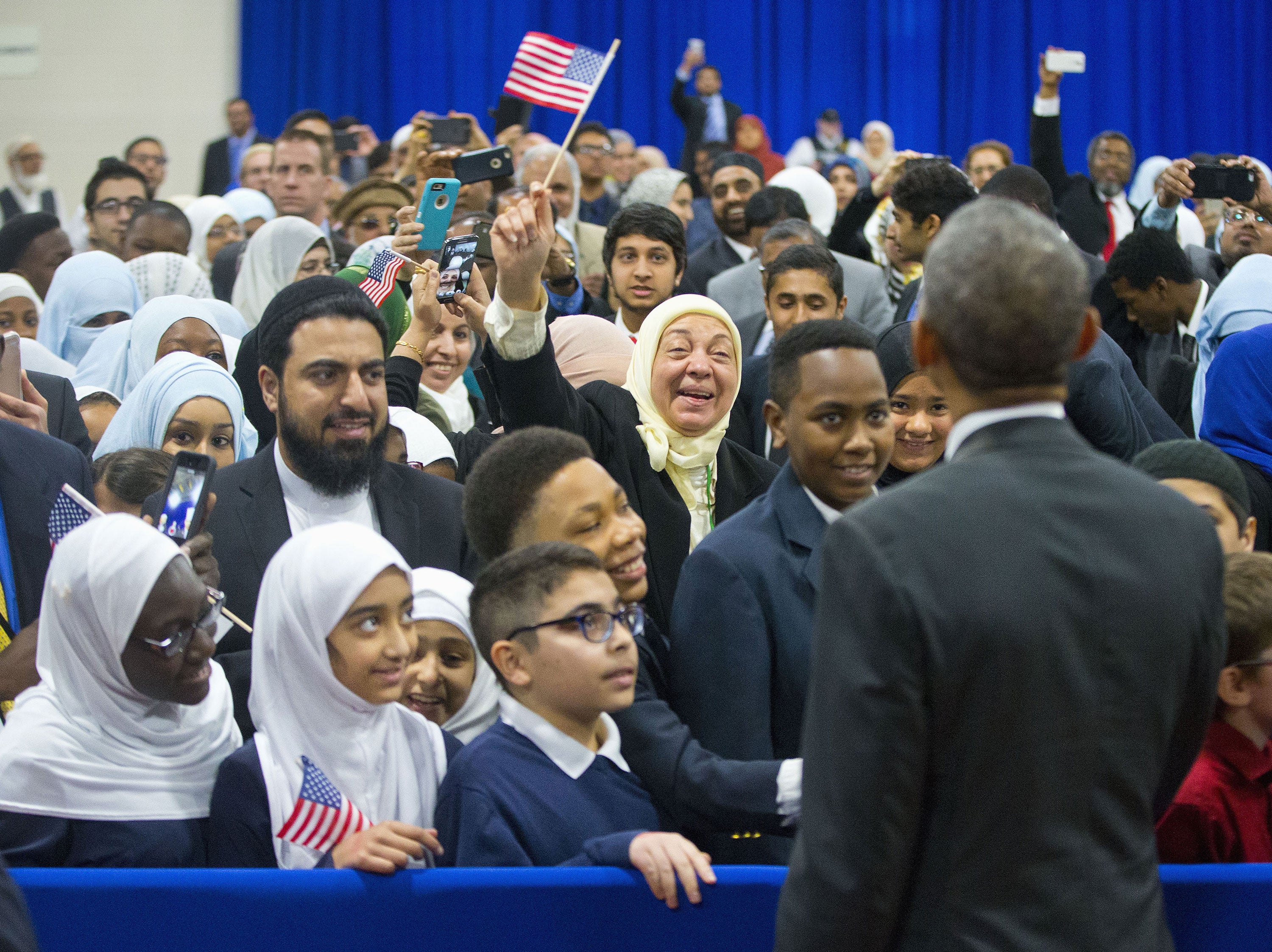 Once again, Obama’s perceived Muslim identity is in the news. New survey data from a Democratic polling organization claims that half of Republicans (54%) believe Obama is a Muslim. Some have voiced concerns about the poll’s methodology, wondering if it’s indeed “half” of GOP voters who hold this view. Regardless, this poll, like many before it, show that a large swathe of the American populace buys into the false notion that Obama is a “secret” Muslim.

Commenting on Twitter, Yale professor of American religion, Zareena Grewal, reminded her followers that fears about a president’s religion are nothing new:

Most Republicans think #Obama is #Muslim but Lincoln was rumored 2 be Catholic FDR a Jew #religiousminoritiesscareUS http://t.co/3W4QhdbZyq

As Americans, we’ve always projected our fears of the religious “Other” — in this case, Muslims — onto the current president.

Martin Parlett points out this “political religious othering” in his book Demonizing a President, saying “the specific demonization of presidential candidates’ individual theologies … seems most pointed during times of acute national tension, uncertainty, or fear.” George Washington was accused of being a Mason; Thomas Jefferson was called an “infidel” for his perceived atheism; Abraham Lincoln was feared as a “secret Catholic” and “a tool of the Pope for the defeat of democracy;” and Franklin Delano Roosevelt was maligned as a Jew, with the New Deal being pegged the “Jew Deal” by its opponents.

These charges against former presidents sound incredibly similar to the accusations and anxieties directed at President Obama, about whom the following has been said:

Parlett notes that these statements about the president don’t come out of thin air. Rather they are promoted as part of an “Obama-as-Muslim misinformation campaign,” much similar to past campaigns that relied on Americans’ fears of religious minorities. The FBI recently noted in a bulletin that these narratives have sticking power. Numerous right-wing militia groups, who have been targeting and keeping tabs on American mosques, believe that “the President of the United States not only sympathizes with Islamic extremists but directs US Government policy to align with their goals.”