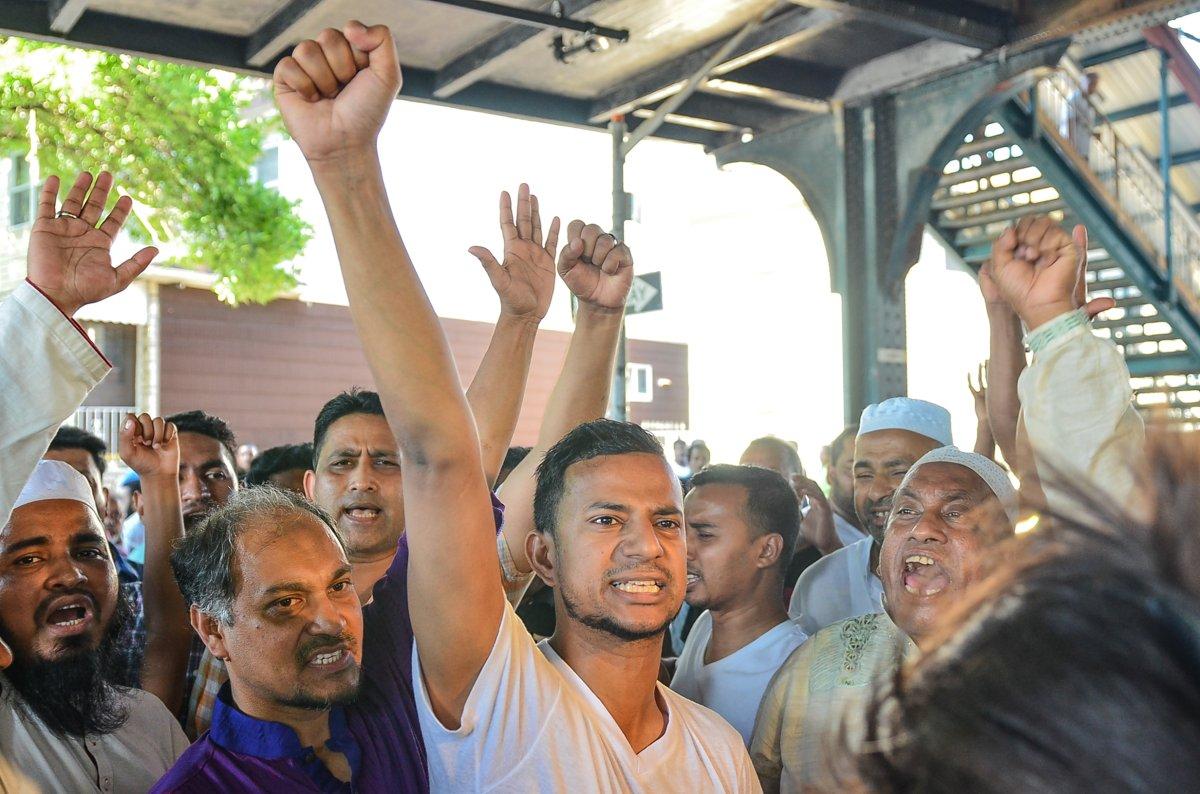 “He was a kind-hearted man, very humble, very down to earth.” These are the words of a member of the mosque in Queens, New York where an Imam and his assistant were shot on Saturday

Imam Akorjee, age 55, an American Muslim clergyman, and his assistant, Thara Uddin, age 64, were shot and killed in a double murder as they were walking together outside of their mosque after midday prayers. New York City mayor, Bill de Blasio, attended the joint funeral on Monday and addressed the public. He promised heightened police protection of Muslim New Yorkers and vowed to bring the perpetrator to justice and expressed the need to remain united against Islamophobia: “I look around at all my brothers and sisters here, I see proud Americans, I see proud New Yorkers and we’re not going to let them continue to encourage acts of hatred. We will stand up to them each and every time.” Shortly thereafter, the NYPD announced the capture of a suspect in the murder. Oscar Morel, age 35, is being charged with the killing of both men.

Members of the Queens mosque community expressed anger at Donald Trump for provoking Islamophobic sentiment throughout his campaign. One member told New York Daily News “We think it’s a hate crime. All this Donald Trump … we have been dealing with a lot of hatred lately.”

#QueensImam has been trending ever since. People of other faiths have also joined a #IllWalkWithYou campaign to voice their support of the Muslim community on social media but have also started accompanying Muslims as they walk to their places of worship. Jewish activists visited the mosque the day of the shooting to show their support and solidarity with the grieving community.

The killing of Imam Akorjee and Thara comes amid an environment of intensifying Islamophobia in the United States and post-Brexit Europe. Their murders also mark the beginning of a downward spiraling week for ordinary Muslims:

On Saturday, a court in Nice, France upheld a proposed law created by the mayor of Cannes to ban a modest form of swimwear for Muslim women (dubbed “burkini“). Three other cities in France have since instituted the ban. French Muslims have not taken it lying down. The Washington Post reports that “burkini brawls” are breaking out across the Riviera. In one such story, a French Muslim woman explains: “The mayor talks about protecting public order, which means he thinks the presence of a Muslim woman on a beach will cause trouble. He also invokes the fight against terrorism, so he is basically saying a Muslim woman who wears a burkini is a terrorist.”

On Sunday, a group of ten anti-Muslim protestors known as The Party for Freedom in Australia dressed up in stereotypical Middle Eastern garb to mock Muslims in front of the Gosford Anglican church. They accused the church of assisting and supporting the “Islamic invasion” and of promoting Islam because of the community’s accepting stance toward refugees and progressive positions on multiculturalism. The church’s priest, Father Rod Bower, condemned the protestors for “violating the religious space” with “sacrilege” and interrupting the service. Bower explained, “We do a lot of work to build bridges rather than walls and I’m afraid these rightwing extremists really want a dysfunctional society.”

Republican presidential nominee, Donald Trump, gave a policy speech on Monday in which he promised that if he became president he would enforce “extreme vetting” processes that would put Muslim immigrants through “ideological tests“. Trump made generalizing statements about people from Afghanistan who “may have attitudes about women or attitudes about Christians or gays that would be considered oppressive, even violent.” Trump promised to keep out “Those who do not believe in our Constitution, or who support bigotry and hatred, will not be admitted for immigration into the country.” Comedian and CNN analyst, Dean Obeidallah, was quick to point out that many of Trump’s supporters, including his vice president, would likely fail the test. Trump included tolerance for the LGBTQ community and of other faiths as some of the criteria all immigrants would have to meet. He is drawing on stereotypes that Muslims are anti-gay and anti-Semitic despite evidence to the contrary.

Before concluding his remarks, Trump added that, if made president, he would form a “commission on radical Islam” that would see American Muslims put on McCarthyist-style trials for their faith, as if simply being Muslim makes someone guilty or suspect of associations with terrorism. Many have pointed out the extreme nature of such a measure and have argued that the commission could even pose an increased threat to national security.

Then, early this week, a story from Tulsa, Oklahoma broke about a young man named Khalid Jabara. Khalid was a Christian Arab-American who was shot and killed by his neighbor on August 12th. The neighbor, Stanley Vernon Majors, had made vague threats to terrorize the city of Los Angeles in 2009. He had harassed the Jabara family for years, even trying to run over Khalid’s mother in 2015. Despite a restraining order the family had against him that restricted him from possessing firearms, Majors shot Khalid while Khalid was on his front porch talking on the phone with his mother. Prior to the attack, Majors had verbally assaulted the Jabaras frequently, calling them “filthy Lebanese,” confusingly labeling them “filthy Mexicans” and using the n-word. Just before executing Khalid, Majors had been heard using the Islamophobic slurs “dirty Arabs” (pronounced “ayy-rabs”) and “Mooslems”.

Islamophobia is more than just nasty insults or vague threats. As we’ve seen this week, and in the last year, when fear is high, Islamophobia can kill. In 2015, there was an Islamophobic attack in the United States every 48 hours. According to ThinkProgress, already in 2016, there have been 16 Islamophobic attacks in the United States, not including the shootings this week in Queens and Tulsa. Counting those, an attack targeting Muslims has taken place approximately every 13 hours as of this month. The rate of attacks in 2016 is four times higher than that of 2015.

Islamophobia does not only affect Muslims. Khalid Jabara was an Arab Christian, and was killed after allegedly being called a “Mooslem.” In January, Gurcharam Singh Gill, 68, was stabbed to death at a convenience store where he worked. Gill, who was Sikh, was also mistaken for a Muslim.

In 2015, about one-third of all of the reported incidents where Muslims were targeted occurred in December alone. With four months left to go in 2016, and with anti-Muslim election rhetoric ramping up as November approaches, will we continue to see violent attacks against Muslims and those likely perceived to be?

As for this week, it’s only Wednesday.