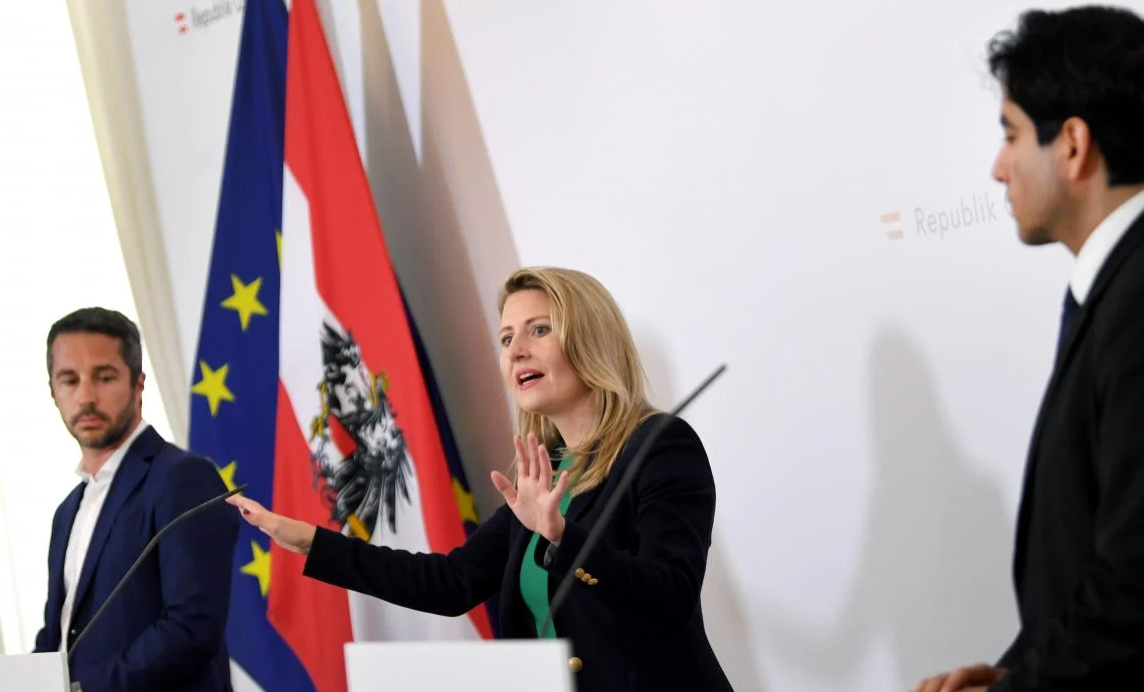 Austria is cementing its authoritarian policy of demonizing Muslims at an alarming rate. The ruling centrist-right, Christian-democratic Austrian Peoples Party (ÖVP) attempted to close mosques in 2018 and implemented a school headscarf ban in 2019, and now plans to institutionalize suspicion of Islamic activism through government monitoring and surveillance. To justify these policies, ÖVP uses the pretext of fighting what it calls “political Islam.”

In March 2019, ÖVP announced the formation of a monitoring center called the “Documentation Center for Political Islam.” However, after ÖVP’s coalition with the far-right Freedom Party of Austria (FPÖ) dissolved amidst a corruption scandal, the ÖVP had to delay its implementation. In January 2020, following months of negotiations with its new coalition partner, the Green Party, Integration Minister Susanne Raab (ÖVP) presented the project to the general public with two academics at her side. The three of them praised the center as a “European lighthouse project.”

The initiative, previously announced in the government program (the new coalition’s stated policy platform), came as no surprise to political observers. Although the program had stated that the center would deal with religiously motivated extremism and right-wing extremism, Minister Raab’s presentation revealed to the public the center’s true focus: so-called “political Islam.” While the government program lacks any clear definition of the term, its inclusion in the center’s title suggests that the term is primarily employed as a catchall to encompass what is portrayed as an “Islamization” strategy of Austria’s Muslims. After all, the notion of political Islam is used to justify Austria’s institutionalized discrimination against Muslims. During the press conference, Minister Raab claimed that Muslim associations should be investigated because many have something to hide, and that their social media profiles should be monitored.

According to Mouhanad Khorchide, professor of Islamic theology at the Westphalian Wilhelm University of Münster and one of the academics who presented with Minister Raab, political Islam is “wrapped with a cloak of democracy.” Khorchide suggested that the proponents of political Islam would engage in taqiyya—dissimulation or denial of religious belief in the face of persecution—by masking their “inwardly” values. The second scholar, George Washington University-based Lorenzo Vidino, stated that political Islam’s problem is not that it breaks Austrian law, but that it divides society. So if political Islam does not break the law, is the proposed Documentation Center nothing else but a police force hunting “wrong convictions”? According to the minister, the center is supposed to designate Muslim associations with whom public authorities can and cannot cooperate—i.e. those who are blacklisted from public funding and space. It is thus an institutionalization of a general demonization of Muslims, reminiscent of Joseph McCarthy’s witch-hunt of Black and leftist groups under the banner of anti-Communism. These policies contribute to the social, cultural, and political exclusion of Muslim civil society actors. In today’s war on terror, the enemy has been renamed while the discriminatory policies remain.

As an Austrian political scientist, I expect this initiative to particularly target vocal political forces and potentially expand in the coming phase to other groups. Not least for this reason, concerned onlookers should remain vigilant and protest publicly. Unfortunately, the Greens—historically the most critical opposition party—have already eliminated much of the potential opposition in advance as a junior partner in the current government coalition.

Also alarming in Austria’s increasingly authoritarian policy towards Muslims is the historical revisionism presented by Mouhanad Khorchide to justify the center. According to him, the government ignored the phenomenon of political Islam in the past. This claim is false in so far as the ÖVP, especially during its coalition with the far-right FPÖ, introduced several laws justified with references to the fight against so-called political Islam. These laws include the headscarf ban—initially banned in kindergarten and then expanded to elementary school with reference to extensions to university and public service—and the attempt to close mosques, which was overturned by the Vienna Administrative Court. Khorchide had even publicly praised these past government initiatives.

Khorchide’s presentation appeared to endorse authoritarian oppression in the name of fighting political Islam. He referred to a meeting with the Egyptian minister of religion and claimed that the rulers in the Middle East and North Africa “have a problem with political Islam in other Islamic countries.” Khorchide seems to deliberately overlook systematic human rights violations in the region’s oppression of real political Islam, particularly evident in Egypt. Khorchide claims that the Documentation Center will be a pioneering project not only for Europe, but also for “the Islamic world.” After a meeting with Egyptian president Abdelfattah El-Sisi, even Austrian chancellor Sebastian Kurz (ÖVP) welcomed the “revolution of Islam,” for which El-Sisi supposedly strives. If the Documentation Centre for Political Islam is to follow in the footsteps of authoritarian and dictatorial regimes, this is further cause for alarm.