Skip to content Skip to navigation
Bridge Initiative Research Publications Editorial In the U.K., COVID-19 Puts a Spotlight on Systemic Racism
Back 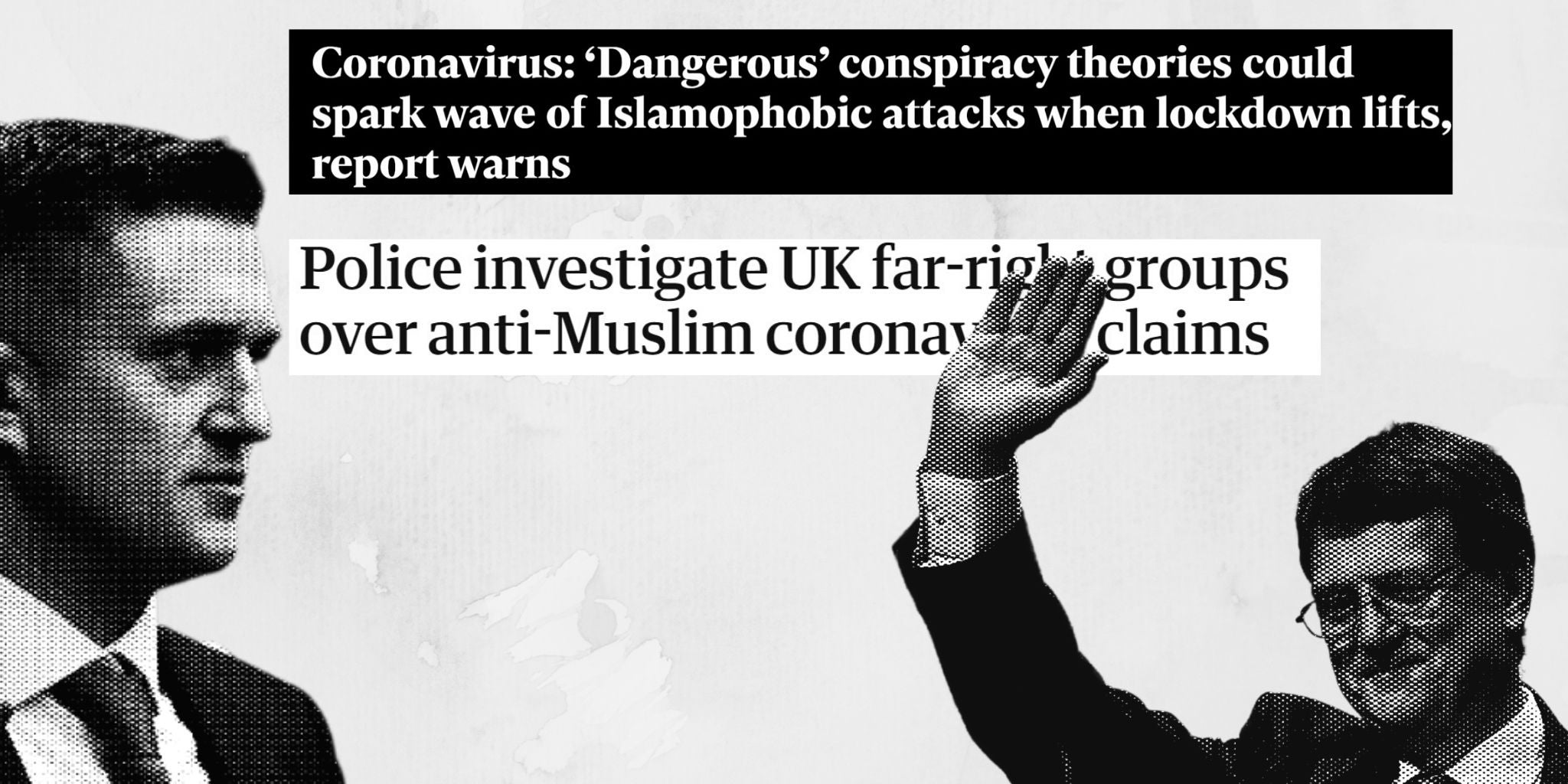 The COVID-19 pandemic has been regarded as a “great equalizer;” however, the effects of the novel coronavirus clearly reveal the deep-seated inequalities that exist in society today. In the United Kingdom, this is visible in the identities of the victims of COVID-19.  Data reveals that Black, Asian, and minority ethnic (BAME) peoples are disproportionately impacted by the virus. COVID-19 has exacerbated existing social and economic divisions while bringing systemic racial disparities to the surface.

Additionally, in the middle of a public health crisis, historically marginalized communities are on the receiving end of hate campaigns, often scapegoated by those in power in an effort to divert attention from the failure to tackle the crisis. In our current atmosphere, these communities are faced with a dual threat to their lives: COVID-19 and systemic racism.

Data demonstrates the disproportionate impact of COVID-19 on BAME communities in the U.K. A recent analysis from Public Health England found that “death rates from COVID-19 were highest among people of Black and Asian ethnic groups.” Further, among confirmed COVID-19 cases, after “accounting for the effect of sex, age, deprivation and region, people of Bangladeshi ethnicity had around twice the risk of death when compared to people of white British ethnicity.” Another analysis from the Institute of Fiscal Studies found that the death rate among British Black Africans and British Pakistanis from coronavirus in English hospitals is more than 2.5 times that of the white population. The contrast is even starker when one takes into account that “Black and minority ethnic people make up only 14 percent of the UK’s population.”

What explains these stark inequalities? Multiple factors play a role in the disproportionate impact of COVID-19 on minority communities, the majority of which can be traced back to systemic racism and discrimination. The current system prioritizes access, care, and support to individuals based on their ethnicity and class. This is visible in the data on poverty, housing, access to education, employment, and healthcare. Government figures reveal that ethnic minority communities are far more likely to live in cramped housing where social distancing is impossible; 35 percent of the U.K. Bangladeshi population, 15 percent of Black African people, and 16 percent of Pakistanis are considered to live in overcrowded housing compared with two percent among the white British population. Further, members of minority communities are far more likely than their white counterparts to work in service jobs and low-paid occupations deemed essential and thus unable to work from home. In terms of healthcare, Black and minority communities fail to receive the same level of care as the majority population due to racial bias and discrimination in the sector.

The disproportionate numbers are also reflected in the impact of COVID-19 on those within the healthcare sector. The first four doctors in the National Health Service (NHS) to die from COVID-19 were Muslim minority doctors who contracted the virus after treating COVID-19 patients. In April, a Guardian analysis found that BAME NHS staff accounted for 68 percent of those who had died in the pandemic, despite only making up 44 percent of the medical staff.

This is all occurring on the heels of the divisive campaign calling for the U.K.’s exit from the European Union, otherwise known as Brexit. The campaign employed discriminatory and xenophobic rhetoric, resulting in increased hate crimes targeting Muslims and other marginalized communities as proponents sought to close Britain’s borders to immigrants. Ironically enough, some of the country’s key services rely on foreign workers. Figures in 2019 revealed that “people born outside the UK account for almost a quarter of all staff working in hospitals and a fifth of all health and social care staff in the UK.” On April 1, after over 2,000 people had died as a result of COVID, Home Office Secretary Priti Patel announced the government would extend the visas of foreign NHS workers for another year. Patel framed this move as a humanitarian gesture, but journalist Mat Nashed pointed out that she was “effectively telling these immigrants that they’re welcome to work – and risk their lives in the UK – just not settle here.”

The stark racial disparity is also visible when it comes to fines carried out against those who evade lockdown. Data revealed that between March 27, 2020, and May 14, 2020, London’s Metropolitan police “were more than twice as likely to issue fines to black people as to white people.” White people make up 59% of London’s population, while Black people make up only 12% of the city’s residents. Moreover, when it came to arrests for alleged breaches of Covid-19 lockdown rules, “white people were under-represented, making up 38% of arrests, while black people were over-represented, making up 31% of arrests.”

COVID-19 has not only brought systemic inequalities to the surface but it is also being instrumentalized by politicians and far-right voices to inflame xenophobia and Islamophobia. This was readily apparent after the government and media issued advisories to the country’s three million Muslims, urging them to stay at home during the holy month of Ramadan and Eid, which marks the end of the month of fasting. It appeared as if these institutions were singling out less than five percent of the population given that no such advisory or public campaign occurred as Britons flocked to the beaches, roamed public parks, and carried out impromptu street parties celebrating Victory in Europe (VE) day, all of which flouted lockdown rules. Meanwhile, British Muslim communities carried out their own internal campaigns urging people to stay home, in stark contrast to the BBC, which carried out jovial interviews and reports of VE day celebrations.

The public campaign singling out the country’s Muslim population indirectly aided far-right conspiracy theories claiming Muslims were disobeying lockdown orders. Far-right commentators such as Tommy Robinson, and politicians such as Gerard Batten, have used their platforms to spread disinformation alleging Muslims were evading lockdown orders, claiming their mosques remained opened, and that they were responsible for the spread of COVID-19. Individuals who have a history of spreading anti-Muslim conspiracy theories are exploiting people’s fears to fuel hate and create further divisions in society.

The novel Coronavirus has brought racial disparities to the surface and has been used by certain voices in society to inflame xenophobia and Islamophobia. As Roxy Legane noted, “BAME groups are among the poorest, and therefore amongst the least likely to be able to get through the economic hardships that Covid-19 has brought upon the nation.” Additionally, the race equality think-tank Runnymede Trust predicts the “coronavirus will increase race inequality” in the U.K. Marginalized communities are thus, not only having to bear the brunt of the deadly contagion, but are also having to battle the entrenched problems of systemic racism, xenophobia, and Islamophobia.