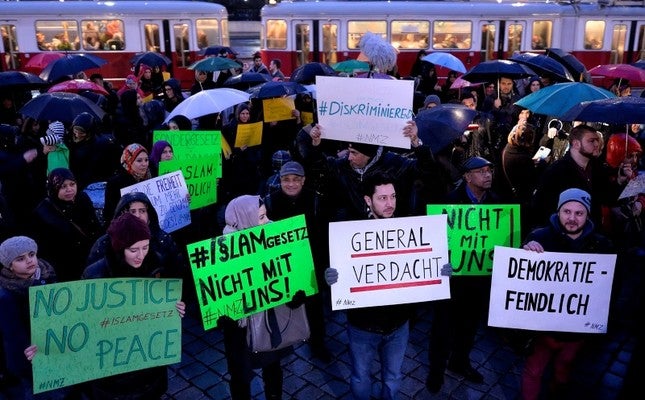 Recently, a Palestinian family that fled from Gaza and moved to Austria in 2010 made the news. The father, an instructor in English language at the University for Teachers in Gaza , had moved to Vienna and successfully opened a restaurant. The family, with nine children, wanted to purchase a new home and decided to locate in the countryside nearby the capital, in the small town of Dörfles, which has around 300 inhabitants.

The father of the family, who had already raised the necessary credit, had a prepared contract before him when suddenly the family received a written refusal signed by the mayor. One of the most unexpected insights was contained in a sentence relating to the religious background of the family. According to the mayor, the “different cultures of Islam and the Western world differ from each other in terms of values, customs and practices. And this has implications on the socio-political life”.

This sentence was astonishing in many ways: The direct discrimination based on religious belief was there in black and white. Further, the mayor is not a member of the far-right, which has only one of 13 seats in the local council. Rather, he is from the centrist-right People’s Party, which had recently governed on a national level with Sebastian Kurz as chancellor of the rightist government. It therefore seems that anti-Muslim discourse along with many discriminatory pieces of legislation against Muslims, such as the ban of the hijab in educational institutions and criminalizing Muslim mainstream institutions, is showing its effects even on a local level, allowing a mayor of a small municipality to act this way. Not surprisingly, the action of the mayor was backed by the right-wing politician from the FPÖ who was also the coalition partner on the federal level.

In the beginning, most local interviewees who were covered in the media did not share sympathy with the mayor’s act. (Also, the mayor has not responded to any interview requests.) But later in the process, around one hundred citizens signed a petition to keep the Muslim family out, suggesting that political facilitators have initiated a movement to support their prejudicial positions on Muslims.

One might think this was “only” a local incident. But another letter, dated on 24 May 2019, from the federal justice minister suggests that acceptance of structural anti-Muslim racism has become the new normal in Austria. The letter was an answer to the following situation:

When in November 2018, the Viennese chapter of the right-wing Freedom Party claimed that the governing Social Democrats were allowing too many Muslims into historically strong public housing apartments, their slogan was: “No more Muslim immigrants into Döbling’s public housing apartments.” They were referring to one of Vienna’s most posh neighborhoods, the 19th district of Döbling. Interestingly enough, the Karl-Marx-Yard to which the FPÖ referred, one of Vienna’s largest public housing apartments, is also the place from which 66 families of Jewish origin were expelled following the Nazi takeover of Vienna in 1938/39. For the anti-racist NGO SOS Mitmensch, the recent initiative of the FPÖ was a reminder of the dark times of the Nazis that introduced race laws to exclude Jews from full participation in social life.

When an anti-racism NGO brought this case of suspected sedition to the public prosecution department, which represents the state, the response was disturbing. According to the justice minister, there was a difference in the two cases. On one side, Jews were chased out of their homes, while in the current case with the FPÖ, the latter only wanted Muslims not to get into the public housing apartments in the first place. Also, according to the justice minister, the “neglect of reallocation to Muslim immigrants […] was not based on the claim of their Muslimness, but rather on (alleged) complaints by Austrian residents of public housing apartments against Muslims, who observed fundamental [sic] attitudes” among Muslims. Hence, the anti-Muslim claims of the FPÖ would be legitimate in  public discourse.

So goes the argument by the conservative justice minister whose political party was in coalition with the right-wing FPÖ on a federal level. And it seems that for the mayor of the small council, this legitimate discourse has already impacted his actions. One has to hope that a lawsuit will bring justice in order that institutionalized Islamophobia does not spread further and to halt this development.