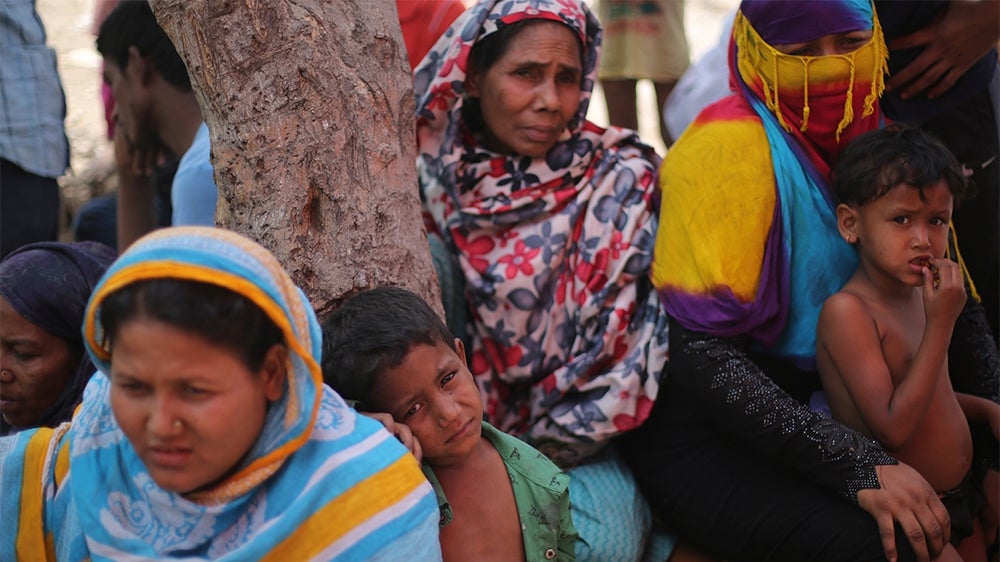 The current coronavirus pandemic has forced our entire human race to adjust to a “new normal” of quarantine lifestyles around the globe. At the same time, we must not forget that there are also millions of persecuted people around the world, including those facing ethnic cleansing campaigns in China, Myanmar, and India, whose plight is being exacerbated in this new age of COVID-19.

Inside China, the internment of 1,000,000 Uighur Muslims in government camps within the Xinjiang region has become a textbook case of ethnic cleansing. In addition to widespread torture and extrajudicial killings, the Chinese government has forced Uighur Muslims to pledge loyalty to the Communist Party, eat pork and drink alcohol, and even publicly renounce Islam as their religion. After the outbreak of the COVID-19 pandemic, the president of the World Uyghur Congress told Al-Jazeera News that millions of Uighur Muslims are now in a “vulnerable and weakened state” and that if measures are not taken to further limit the spread of the coronavirus, it could “rapidly infect large numbers” of Uighur Muslims inside Chinese internment camps.

Nearby in Myanmar (formerly known as Burma), the government’s ethnic cleansing campaigns over the years have forced over 1,000,000 Rohingya Muslims across the border into densely-populated refugee camps inside neighboring Bangladesh. Now that the COVID-19 pandemic requires us to keep a 6-foot distance from other people, a prominent Rohingya Muslim author recently told TIME Magazine that social distancing and quarantine are impossible for Rohingyas because his family of 7 people live inside a 16-foot structure in the refugee camp. Refugee camps like Cox’s Bazaar in Bangladesh have become the largest refugee settlements in the world, and the impact of the COVID-19 pandemic could be lethally devastating since the average density within Rohingya Muslim refugee camps is over 100,000 people per square mile.

India’s status as the largest democracy in the world is slowly unraveling with the societal marginalization of over 200,000,000 Muslims. In addition to violent Islamophobic pogroms and anti-Muslim citizenship laws under the political watch of right-wing Hindutva Prime Minister Narendra Modi, the COVID-19 pandemic is now being used to further marginalize and even blame Muslims for the spread of coronavirus inside India. According to The Guardian, this new wave of Islamophobia began when an Islamic missionary organization known as the Tablighi Jamaat (TJ) held a meeting of several thousand members in New Delhi in March 2020. Rumors spread that these Muslims were responsible for spreading COVID-19 across India even though a 400-member group of medical professionals, “Indian Scientists’ Response to COVID-19” (ISRC), said that the “available data does not support the speculation” that Muslims were responsible for the spread of coronavirus in India. Indian journalist Rohan Venkataramakrishnan wrote that the right-wing Hindutva supporters of Narendra Modi and even India’s own mainstream media helped blame Muslims for the spread of the virus in the country, “giving yet another excuse for people around the country to demonstrate their Islamophobia.” Since that time, some mainstream Indian media outlets have wrongly asserted that Tablighi Jamaat members were coronavirus “super-spreaders” and Twitter hashtags like “coronaJihad”, “CoronaTerrorism” and “Corona BombsTablighi” began to trend across India as well. Most recently, a government-run hospital in Ahmedabad, India was accused of “apartheid” when they publicly admitted segregating Muslim patients from Hindu patients, claiming the order came from the government. In other parts of India, the New York Times reported that loudspeakers at some temples were broadcasting messages telling people not to buy milk from Muslim dairy farmers because it was infected with coronavirus.

There is no doubt that the current COVID-19 coronavirus pandemic is something that our planet has never seen before. At a time when physical social distancing from our fellow human beings should hopefully bring us closer together as a human race, we should be aware that this same pandemic global crisis is being used to further persecute millions of Muslim people who are already facing ethnic cleansing campaigns and fighting for their lives all over the world.