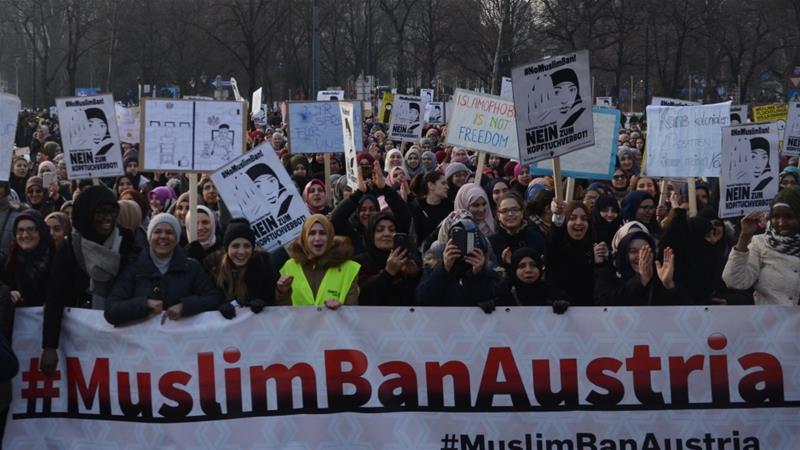 When the Christian-democratic conservative Austrian People’s Party (ÖVP) together with the right-wing populist Freedom Party (FPÖ) formed a coalition government last December 2017, a new regulation was announced. The government argued that it would ban the hijab for Muslim pupils from kindergarten to elementary school (until the age of 10). Such an initiative is everything but astonishing, since it comes from a right-wing government whose chancellor was arguing that Muslim kindergartens should be closed, while kindergartens of other religious groups are co-financed by the state. Everything but promising was the reaction of the opposition. Again, the Social Democrats were split. Some spoke out against this ban, while others argued that the ban should include even mature pupils until the age of 14. The vice-chancellor and chairman of the right-wing FPÖ even proclaimed that a ban should one day include all pupils and students. This initiative fits into the pattern of symbolic identity politics, by which the government is attempting to distract the electorate from many of their socially unjust measures.

But it was obvious that such a prohibition would not be easy to implement considering Austria’s acceptance of the Universal Declaration of Human Rights and especially the unique legal status of Islam that dates to the Islam Act of 1912 and protects the religious rights of Muslims. As has been the case several times, the current government is strong when it comes to announcing new policies, but weak when it comes to implementation.

When the government realized that it would not be able to include such a ban into an act so easily, it tried to implement a ban of the headscarf in an agreement between the federal government and Austria’s nine counties. Very soon, the government declared that the counties would only get federal funds if they agree to implement the ban. Obviously, not all governors, even from among the People’s Party, agreed to this and questioned if such an agreement would be reconcilable with constitutionally guaranteed freedom of religion. But since both government parties have invested in spreading Islamophobia for the mobilization of their electorate in the last national elections, both parties must keep their promise by being tough on Muslims.