Skip to content Skip to navigation
Bridge Initiative Research Publications Article As Islamophobia Increases, So Does Use of the Word
Back 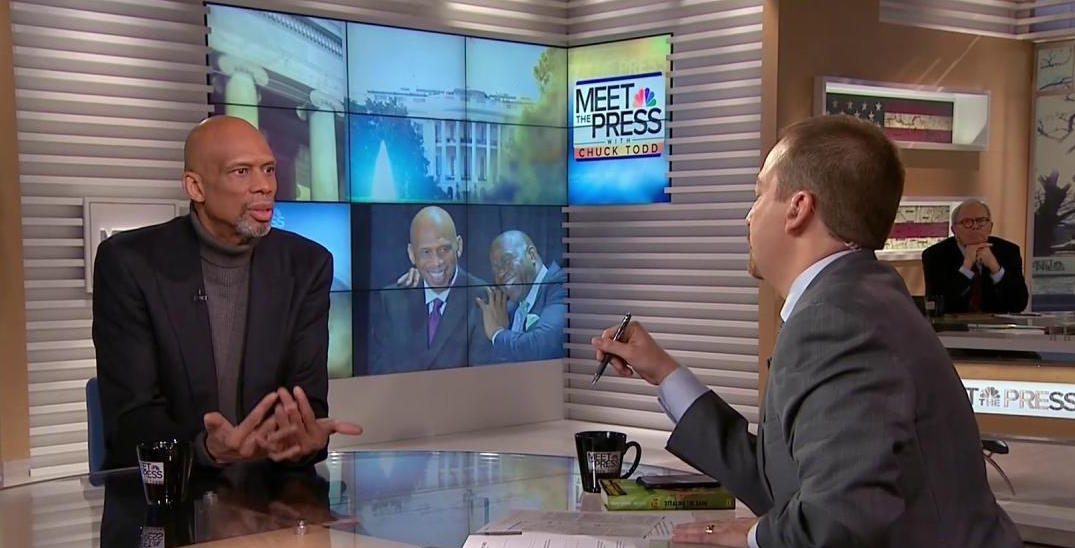 Over the last year, we’ve witnessed a concerning rise in anti-Muslim incidents. At the same time, we’ve also seen increased use of a word to describe it: Islamophobia. Major media outlets and journalists have begun using the term to describe the climate of prejudice and discrimination facing American Muslims or those perceived to be, and the American public’s interest in the word has also increased.


Mainstream media and prominent politicians have begun adopting the term

The term “Islamophobia” has gained considerable traction in the mainstream media , with more journalists utilizing the word in print or broadcast settings.

A few years ago, the term was rarely used. It primarily appeared in obscure blogs and foreign outlets, or in right-wing or explicitly anti-Muslim websites that contested the term (and the reality of anti-Muslim prejudice.) When it did appear in mainstream outlets, it was almost always put in quotation marks.

But this seems to be changing. Using Georgetown University’s library One Search database, we found that newspaper headlines using the term nearly quadrupled between 2014 and 2015. In 2015, there were 542 news articles with “Islamophobia” in the title, while there were only 147 the year prior. (See graph below.)

Results produced by Google’s email alert for appearances of the word “Islamophobia” in online news also indicate an increase in use. We compared our most recent Google Alert results to those we received when we first signed up in 2015. Over five days in May 2015 (the 26th to the 30th) there were 19 total results provided by Google, an average of 3.8 per day. Over the five-day period before this article was drafted, April 30, 2016 to May 4, 2016, there were 45 results provided by Google, with an average of 9 per day. Comparing last year to today, we see average Google Alert results for “Islamophobia” more than double.

Anecdotally, we have also noticed that major mainstream outlets have started using “Islamophobia” in covering anti-Muslim prejudice and discrimination. Respected NBC journalist, Chuck Todd has frequently used the termsince January 2015 when expressing his concerns about rising anti-Muslim sentiment. New York Times columnist, Nick Kristof, used the word as far back as 2010 when it also appeared in the title of a TIME magazine cover story. Kristof recently defended the word after a reader criticized it in a letter to the editor.

Major outlets like New York Times and Washington Post have started using “Islamophobia” more often, and do in similar ways — in op-ed headlines and in the text of articles. We’ve also seen it recently employed in headlines elsewhere: op-eds in TIME and Newsweek, pieces from CNN, CBS, and the BBC. Frances Kai-Hwa Wang and other NBC reporters use “Islamophobia,” as does MSNBC, which covered Islamophobia in-depth even before the major jump in incidents in late 2015.

“Islamophobia” has even appeared in headlines of fashion magazines like Vanity Fair and Teen Vogue. Major Catholic, Jewish, and Protestant Christian magazines have embraced the word, too.

Major political figures like John Kerry have also adopted the word. Democratic rivals Bernie Sanders and Hillary Clinton have used “Islamophobia,” as did their former contender, Martin O’Malley. While President Obama has yet to employ the word, many news outlets used it when covering his speech at a Baltimore mosque, where he decried anti-Muslim prejudice.


The public is more curious about “Islamophobia,” too

It’s not just journalists and politicians who are increasingly interested in the word. So is the general public.

As we noted in an earlier piece on Islamophobia in 2015, American Google searches for the word “Islamophobia” rose dramatically in 2015:


An initial jump occurred in January in the wake of the Charlie Hebdo attacks and then again in September when the arrest of 14-year-old Muslim student Ahmed Mohamed (whose clock invention was mistaken for a bomb) shed light on Muslims’ treatment in the U.S. But the major spike in “Islamophobia” Google searches occurred in November and December, as anti-Muslim rhetoric and attacks escalated in the wake of Paris and San Bernardino.


Many Americans realize Islamophobia is on the rise

Why might we be seeing increased acceptance of the word Islamophobia? Why have major newspapers and politicians adopted the word and more Americans started Googling it?

Perhaps it’s because of how bad Islamophobia has become. According to our recent report, “When Islamophobia Turns Violent,” anti-Muslim attacks were about six to nine times higher in 2015 than hate crimes reported by the FBI before 9/11. At the same time, Donald Trump and others have won political points by advancing discriminatory proposals. Things can only get so bad before people start to pay attention. And people — whether they be major broadcast journalists, politicians, or private citizens — are now paying attention.

According to a January poll by Pew, a majority of Americans think there is “a lot” of discrimination against Muslims in the U.S. Three-fourths of Americans think anti-Muslim discrimination is on the rise, even most of those who don’t think it is high to begin with. Americans’ increased awareness of the reality of Islamophobia, coupled with the rise in curiosity about the term, suggests that many Americans may have settled on a word to describe both the incidents of hate violence they hear about in the news and the prejudicial rhetoric from pundits and political leaders.

In a time when anti-Muslim attacks continue, this is a positive step. The naming of prejudice is crucial, and signals that a society has begun to recognize how wrong it is.

But awareness and naming are just a first step. We need politicians, pundits, and ordinary Americans to also take the more difficult second step — exposing and addressing root causes, and seeking solutions to the prejudice and discrimination that affect so many.