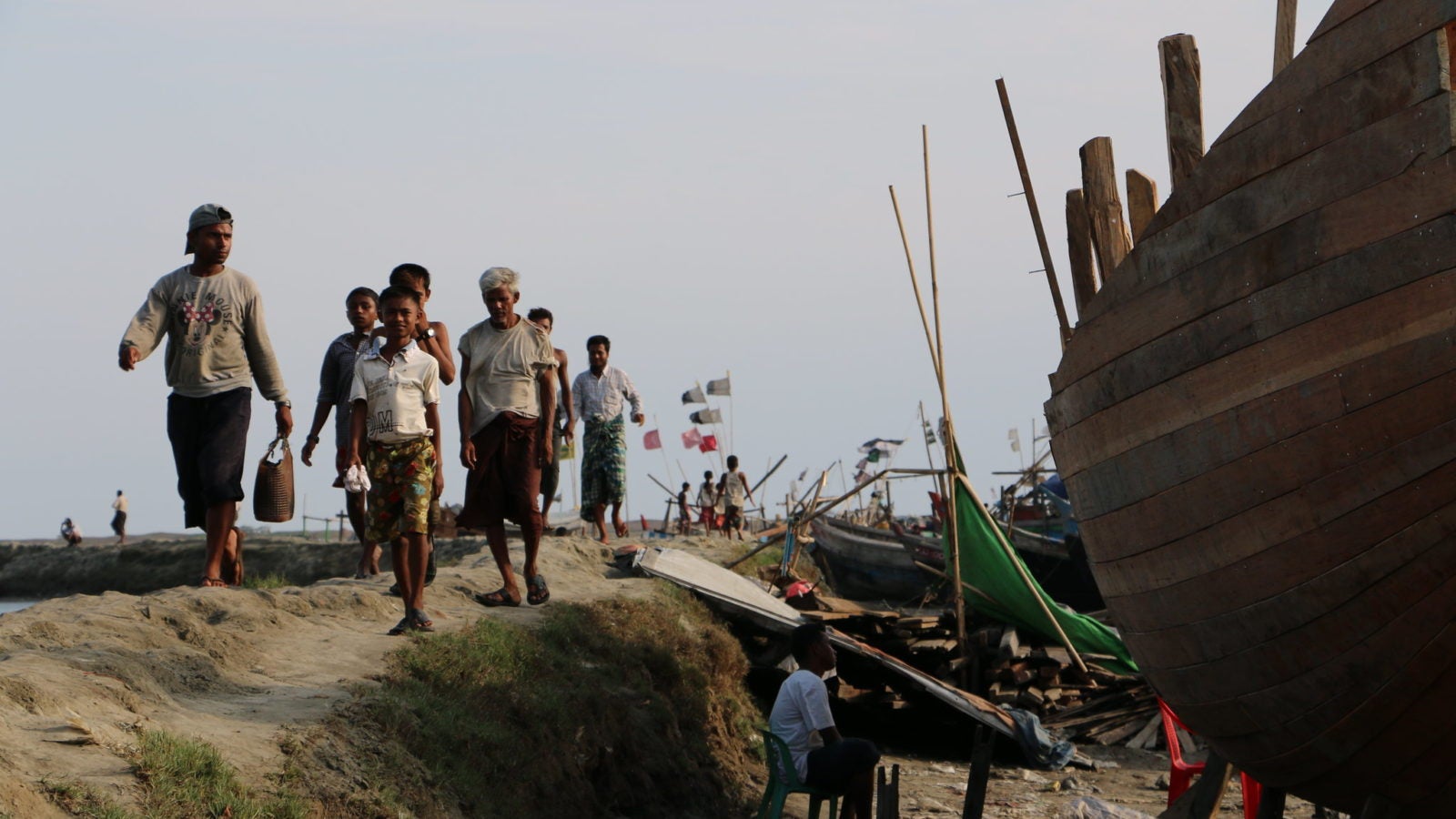 This article was originally published in South Asia Voices.

Three years after the Myanmar Army orchestrated genocide in Rakhine State, the Rohingya crisis continues. Almost 1 million survivors of the Army’s brutal crackdown are stuck in transient settlements in Bangladesh, stateless for over three years. Back in Myanmar, at least 600,000 Rohingya remain internally displaced, and over 100,000 sequestered in camps Human Rights Watch calls “an open prison without end.” The recent arrest of 99 Rohingya— detained for allegedly trying to flee Myanmar— is a stark reminder of the ongoing persecution plaguing the country’s Muslim minority.

In 2021, how might the crisis progress? What are the pressure points and sources of vulnerability that policymaking must address to ensure security threats do not spin out of control? As displacement stagnates and protection needs change, these are the issues to keep a close watch on.

Bangladesh: the perils of prolonged displacement

During the early 1990s, the average length of displacement was nine years. Today, it is roughly two decades. In Bangladesh, what started off as an acute humanitarian emergency has now progressed to a protracted crisis.

On the ground, this raises a number of challenges. As displacement drags on, a relatively young Rohingya community wants access to employment and education— children want to be able to go to schools, adults want access to jobs. There is increasing demand for basic freedom of movement, more women-centered spaces, counsel for victims of interpersonal violence, and opportunities for local participation to inform the design and implementation of effective inter-sectoral programming. Put simply, the Rohingya want to be able to have a say in the decisions that shape their lives.

Bangladesh— already resigned to hosting over 1 million Rohingya— seems wary of relinquishing control. Over the past couple of years, as the decibel of demands have increased, Bangladesh’s attitude toward refugees has hardened. Increasingly, Dhaka views the Rohingya as a “threat,” meaning government policies are aligned to protect the interests of the state irrespective of the needs of the community. This shift can be traced to the increasingly exclusionary policies Dhaka has adopted over the last two years, including restricting communications, the recent decision to relocate 1,600 refugees to Bhasan Char, and the construction of fences within and between camps. Writ large, Dhaka’s policies communicate a statement of intent: the Rohingya can stay, but on Bangladesh’s terms.

Nowhere is this disparity between refugee need and host country response more apparent than in the relocation of refugees to Bhasan Char, an islet that silted to the surface twenty years ago. On December 4, defying pressure from the United Nations and rights groups, the Bangladesh government ferried 1,600 Rohingya refugees to the islet. Although officials maintain refugees were consulted, testimonies indicate consent might have been uninformed at best, if not outright coerced.

The islet itself is almost three hours from the mainland, cyclone-prone, and heavily militarized. To date, the UN’s repeated requests to conduct technical and protection assessments have been ignored. As the push for transparency continues, the reality of relocation poses a unique set of challenges for donors and humanitarian organizations. Thus far, the international aid community has largely stood by the UN stance on Bhasan Char. But now, with refugees already relocated, do aid agencies provide relief to refugees and risk legitimizing the move? As it stands, Dhaka has enlisted 22 domestic NGOs to provide basic services, although significant doubt remains on whether these organizations will be able to raise enough funds to fulfill their mandate.

Importantly, Bhasan Char highlights a misalignment in humanitarian policy: one that has been reduced to providing short term relief rather than building long term resilience.

Rakhine: the non-reality of near term repatriation

Since 2017, the Rohingya have been told— by stakeholders at every level— that there is a way back home. Increasingly, this seems to be a position based on belief, not evidence.

The two pre-conditions for voluntary repatriation are intertwined: citizenship for the Rohingya, and peace in Rakhine. Significantly, both paths pass through the Myanmar military— chief accused for the atrocities of 2017. The junta’s negotiating power cannot be understated. As per the 2008 Constitution, the Myanmar military has full autonomy vis-à-vis the civilian government. Three significant ministries in the Union cabinet remain under the sole authority of the Army, namely Defence, Home Affairs, and Border Affairs; and a quarter of all parliamentary seats are reserved for its members. This, in essence, means that military personnel can exercise veto power over any Constitutional changes in the country, including those that might recognize Rohingya citizenship.

Peace, too, seems beyond reach in Rakhine. Although the ICJ approved emergency “provisional measures” in January, the region remains wracked by conflict. Reports indicate fresh violence between the military and separatist groups has displaced thousands at a time when the region accounts for one-fourth of all Covid-19 cases in the country. Already, hundreds have been killed and thousands displaced, but in recent months, the violence has taken a particularly nasty turn. On October 5, news broke that the Army had used two Rohingya boys as human shields, making them walk ahead to clear the path of mines.

The November elections were a wasted opportunity to ensure meaningful participation of the Rohingya. More than half of the region’s polling stations remained shut, and the few Rohingya candidates who applied to be candidates were barred from running.

Thus far, the promise of repatriation has modulated much of Dhaka’s response to

Already, there are signs of trouble on the horizon. Reports allege increasing criminal activity, including smuggling of narcotics and humans. Thus far, the government of Bangladesh has “securitized” the issue— constructing fences within and between camps, regulating mobile connectivity, and increasing police presence in the region. But the erosion of security demands a more holistic, refugee-centered approach that targets the human and developmental needs undergirding grievance.

The reality is that the Rohingya will stay in Bangladesh for the foreseeable future. To ensure they do so with dignity and respect, international instruments of justice and peace must work to expand Rohingya rights, not curb them further.

Globally, the new Biden administration can lead the way. To start, the US must formally recognize the mass atrocity for what it was: a genocide. Doing so will not only send a strong message to the junta, it will also add teeth to multilateral negotiations on the ground. Other steps might include hosting a UN Security council discussion on the crisis, sanctioning military officials and enterprises linked with perpetuating atrocities, and pledging US support to international accountability efforts.