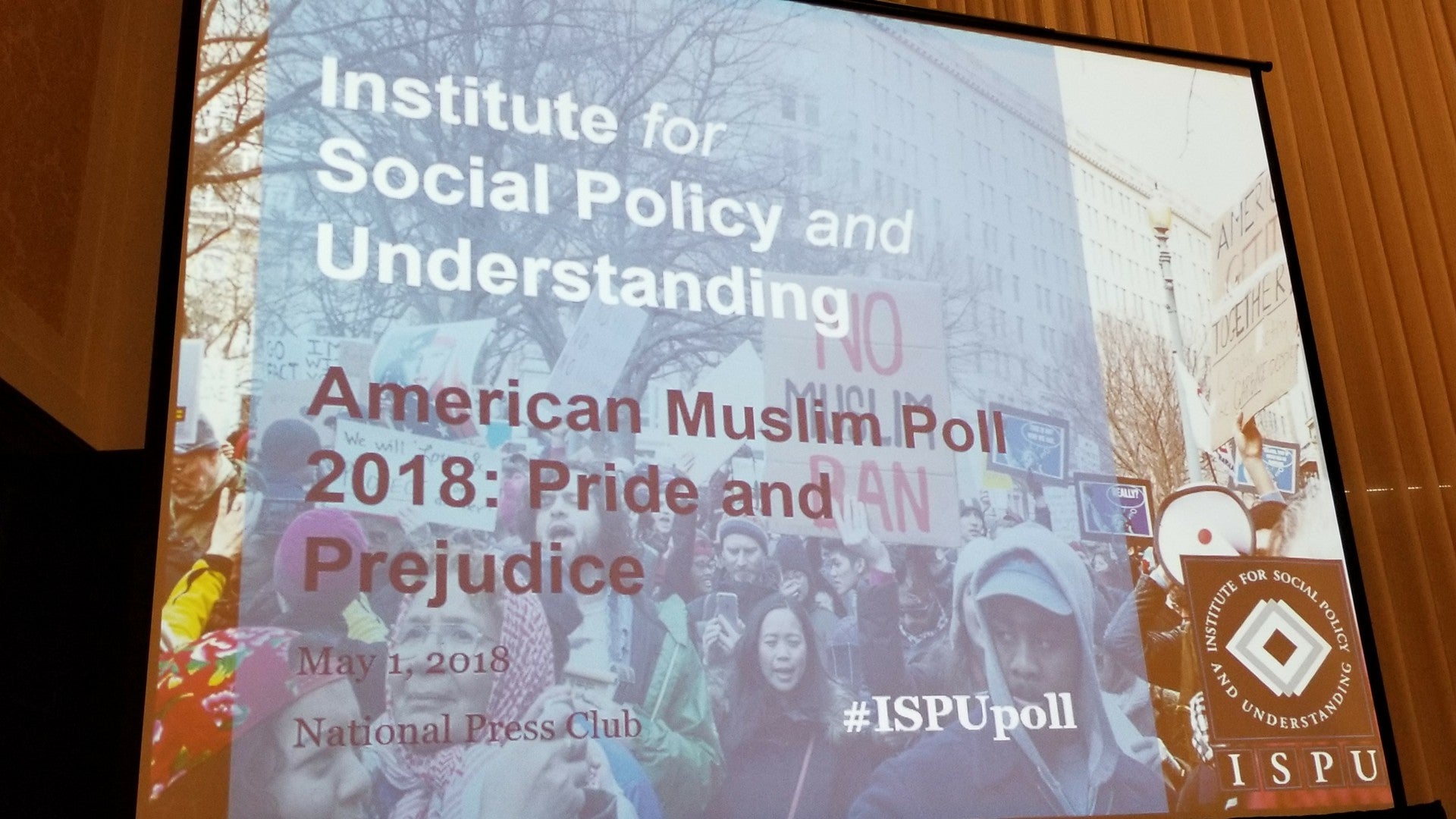 From Donald Trump’s Muslim travel bans to increased Islamophobic hate crimes across the United States, there are millions of American Muslims who still feel the continuing impact of ongoing xenophobia within their everyday lives. Whether it is right-wing politicians defaming their religion or media networks perpetuating negative stereotypes about them, there are millions of diverse Muslim communities throughout the United States who still continue to live with great pride in their identities while facing great prejudice simply because of their Islamic faith.

On May 1, 2018, the Institute for Social Policy & Understanding (ISPU) released their third major national poll called the “American Muslim Poll 2018: Pride and Prejudice” which addressed general attitudes towards Islam and Muslims from a wide cross-section of American religious demographic groups. The study sampled over 2,481 people of different religions (805 of those sampled were Muslims) about their attitude towards Islam and Muslims in the era of Donald Trump.

Some key findings from the May 2018 ISPU study found that nearly two-thirds (66%) of the American public oppose the Donald Trump Muslim travel bans, nearly 70% of Americans oppose placing collective blame on Muslims and 65% of Americans believe that Muslims face discrimination in the United States today. In collaboration with The Bridge Initiative at Georgetown University, the 2018 ISPU study also developed the first-ever annual “Islamophobia Index” which measured the degree to which Muslims have accepted ideas of collective blame, shame, and alienation (as well as pride, joy, and confidence in one’s faith) and how these sentiments are linked to overall civic engagement.

“The poll identifies something we need to be concerned about, which is the administration and the impact that administration has on our broader society,” said Georgetown University Professor John Esposito, director of The Bridge Initiative, during a panel discussion at the National Press Club event moderated by prominent journalist Mehdi Hasan.

Even though the poll found that 75% of American Muslims were civically engaged as registered voters, nearly 80% of American Muslims felt dissatisfied with the direction our country was taking under the Trump administration. The ISPU study also found that acts of violence committed by Muslims received 770% more media coverage than acts of violence committed by non-Muslims. With such disparate negative coverage of Muslims in the press, it should come as little surprise that 61% of American Muslims said they personally experienced discrimination in the last year alone because of their Muslim identity.

“One of the most important and surprising findings we got in this study was the degree to which Muslims have themselves internalized negative stereotypes about their own community,” stated Mogahed during her remarks at the National Press Club. For instance, one of the most astonishing findings in the survey found that nearly one-third of Muslims (30%) actually agreed with the statement: “I believe my faith community is more prone to negative behavior than other faith communities” (fewer than 14% of all other faith groups answered similarly). Furthermore, Muslim and Jewish people were most likely to feel collectively ashamed of violence committed by their co-religionists (59 and 62 percent respectively).

This growth in internalized racism (or self-hatred) within some American Muslims could be related to the disproportionate negative media coverage of Islam and anti-Muslim policies undertaken by the Trump administration. According to the Huffington Post, measuring internalized racism dates back to an infamous doll test conducted in 1947 to study the psychological effects of segregation on African-American children using black and white dolls. There have been few formal studies conducted since then, but the phenomenon has been well documented with other minority groups, including Latino and Jewish people as well.

Thus, in light of Donald Trump’s Muslim travel bans and the seemingly never-ending growth of Islamophobia in America today, this latest American Muslim Poll 2018 clearly shows that the vast majority of Muslims in the United States today still take great pride in their identities, even with growing societal prejudice against us.

Arsalan Iftikhar is an international human rights lawyer, founder of TheMuslimGuy.com and a Senior Research Fellow at The Bridge Initiative.