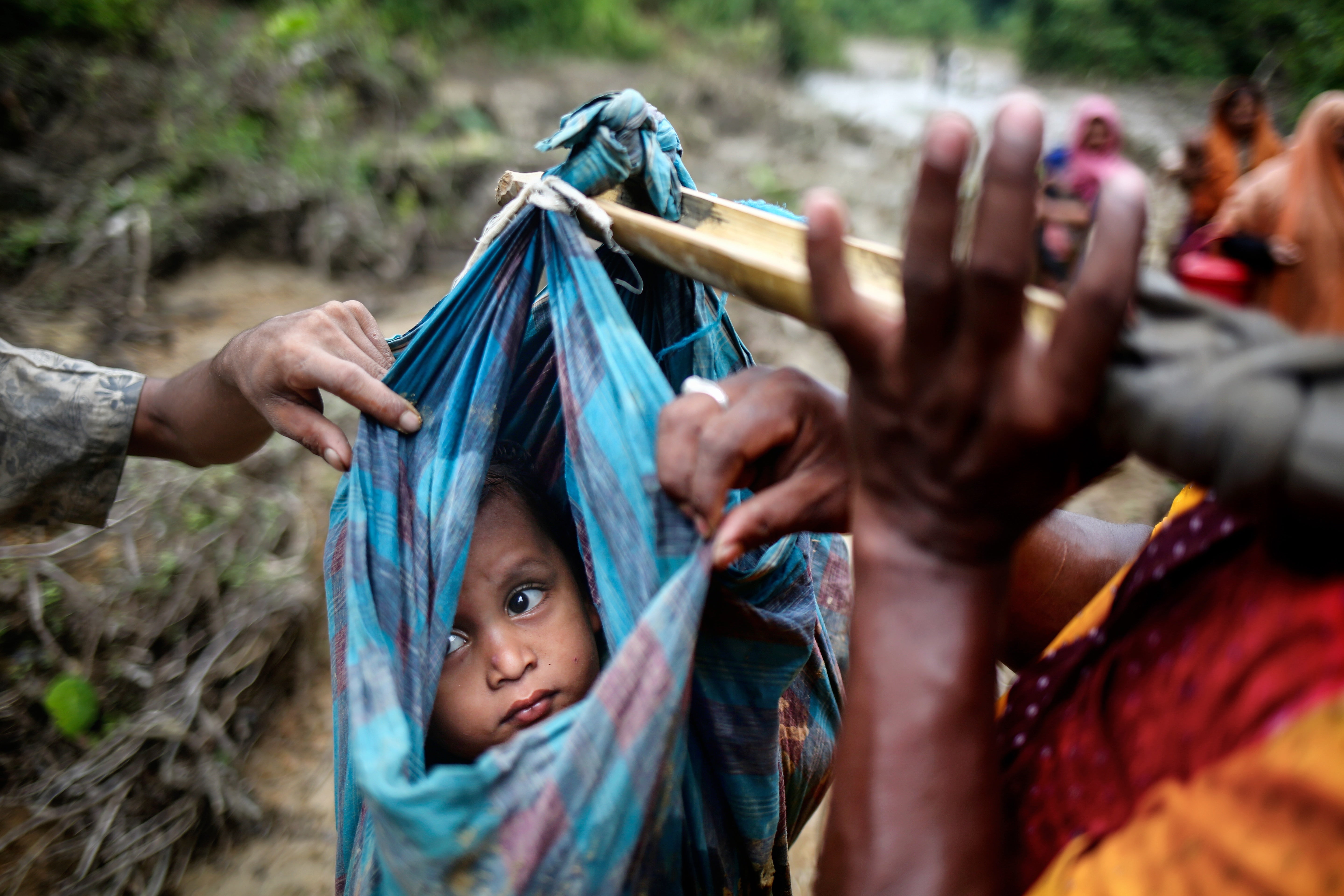 For much of the last century, the story of the Rohingya has been one of a people fleeing forces beyond their control. The genocide that took our Facebook feeds by storm didn’t materialize out of ether in 2017; it has been decades in the making.

When the Rohingya found themselves in Arakan (renamed Rakhine in 1974) between 1826 and 1948 they did so not as migrants or refugees, but as internally displaced citizens of the British empire. The causes of displacement are predictably hard to trace but some archives have survived. In 1897, for example, one of the worst cyclones in recorded history swept through the regions of Chittagong and Arakan killing approximately 175,000 and displacing countless others. Further, as David Ludden notes in his book, An Agrarian History of South Asia, famines occurred with increasing frequency in the 1870s, 1880s, and 1890s; then again in 1920s, 1930s and 1940s. Each catastrophe caused large influxes of people from disaster zones, chief among them the Rohingya. By 1911, a British census recorded the population of Muslims in Arakan at 179,000.

When World War II broke out, Myanmar transformed into a theater of conflict, full of split loyalties, imperial actors, and inter-communal atrocities. The Buddhist majority Burmese allied with Japan, an alliance that immediately categorized the Muslim minority Rohingya as the enemy Other. Massacres in Rakhine left innumerable dead; the numbers have long since disappeared from official records. In 1943, the Bengal famine ripped through the region killing 1 to 3 million and displacing the Rohingya yet again. By the time war ended in 1945, the subcontinent teetered on the brink of chaos. Myanmar was on its way to independence from the British, as was India. In one last act of defiance, the British split the region along arbitrary religious lines-- pitting Hindus against Muslims and Muslims against Buddhists. Myanmar reacted swiftly, declaring independence in 1948 to realize dreams of a Buddhist state. India and Pakistan emerged as Hindu and Muslim majority nations respectively. In a new world full of borders, the Rohingya found themselves sequestered in Rakhine, separated from East Pakistan (present day Bangladesh) by the Naf river, and from the rest of Myanmar by socioeconomic barriers.

The impact was swift. An exclusionary citizenship law passed in 1948 granted citizenship to only those born in Myanmar. In 1962, the military junta seized power and immediately abolished the Constitution, and with it legal frameworks for the protection of minority rights. Sanctions followed, the economy plunged, and the Rohingya emerged as a threat to Burmese self identification. Two decades later in 1982, legislation was passed that made it impossible for the Rohingya to become citizens. Between 1993 and 2008, a series of government orders titled Requirements for Bengalis who apply for Permission to Marry laid out ten requirements for authorities to approve a marriage between the Rohingya. In 2005, a strict two-child policy was enforced in northern Rakhine; the same legislation also restricted movement of the Rohingya within Myanmar, blatantly violating Article 12 of the UN Freedom of Movement Act.

Democratic elections were held in 1990, but the Rohingya, already denied citizenship, were barred from voting. The 90s saw the re-emergence of nationalism (used first as a tool in the fight against British colonialism) in Myanmar, with figures such as Ashin Wirathu rising to prominence for their visions of a Buddhist ethnostate. Soon the Rohingya became not just outsiders, but outsiders who were out to take over the country. They were labeled terrorists, dogs, and savages.  Between 1990 and 2012, riots occurred with increasing frequency, triggered by misinformation, falsehood and propaganda. Islamophobia, in effect, sheathed a nationalist sword, and hate seeped into the very fabric of Burmese society.

The signs of an impending crisis were there in 1982, when the Myanmar junta passed a law that recognized 135 ethnic minorities as citizens, but excluded the Rohingya from the list. It was there in 1991, when Aung San Suu Kyi won the Nobel Peace Prize for bringing democracy back to Myanmar even as 250,000 Rohingya fled forced labor, rape, and religious persecution at the hands of the Burmese army. A decade later, that same government backed by the military launched one of the worst genocides in modern history.

On October 9, 2016, the Rohingya separatist group ARSA attacked military outposts in Rakhine killing 12. Overnight, the Army retaliated, razing villages, burning homes, pillaging, raping, looting, and driving the Rohingya over the border into Bangladesh. In the first month alone, conservative estimates put casualties at 6,700. In the two years since, the number of Rohingya killed has reached almost 43, 000.

In Bangladesh, the Rohingya face an uncertain future, living in dire conditions in an area susceptible to floods, landslides, and earthquakes. Repatriations are being debated, even though the UN warns that conditions remain unconducive to return. The Bangladeshi government is moving ahead with plans to house some refugees in Bhashan Char, an uninhabited, cyclone prone islet 20 miles from land in the Bay of Bengal. Footage of the camps reveal prison-like structures.

Today, the Rohingya find themselves in the same position they found themselves a century ago-- despised by some, exploited by most, and unwanted by all. Rakhine remains economically impoverished, with unemployment rates at 78% compared to the national average of 38%, and the lowest percentage of households with access to sanitation in the country - 48% compared to a national average of 84%. To date, no military personnel has been held responsible for the massacre, although the UN has described it as a ‘textbook example of ethnic cleansing’.

For almost a century, the Rohingya have been pawns in a geopolitical game of chess. Their identity has been bartered for nationalist gain, their faith reduced to fodder for hate. As a new set of challenges emerge, it is important to remember that the history of the Rohingya is one of a people wronged. For far too long, they have been forgotten by the world, and shunned by every country they dared call home.