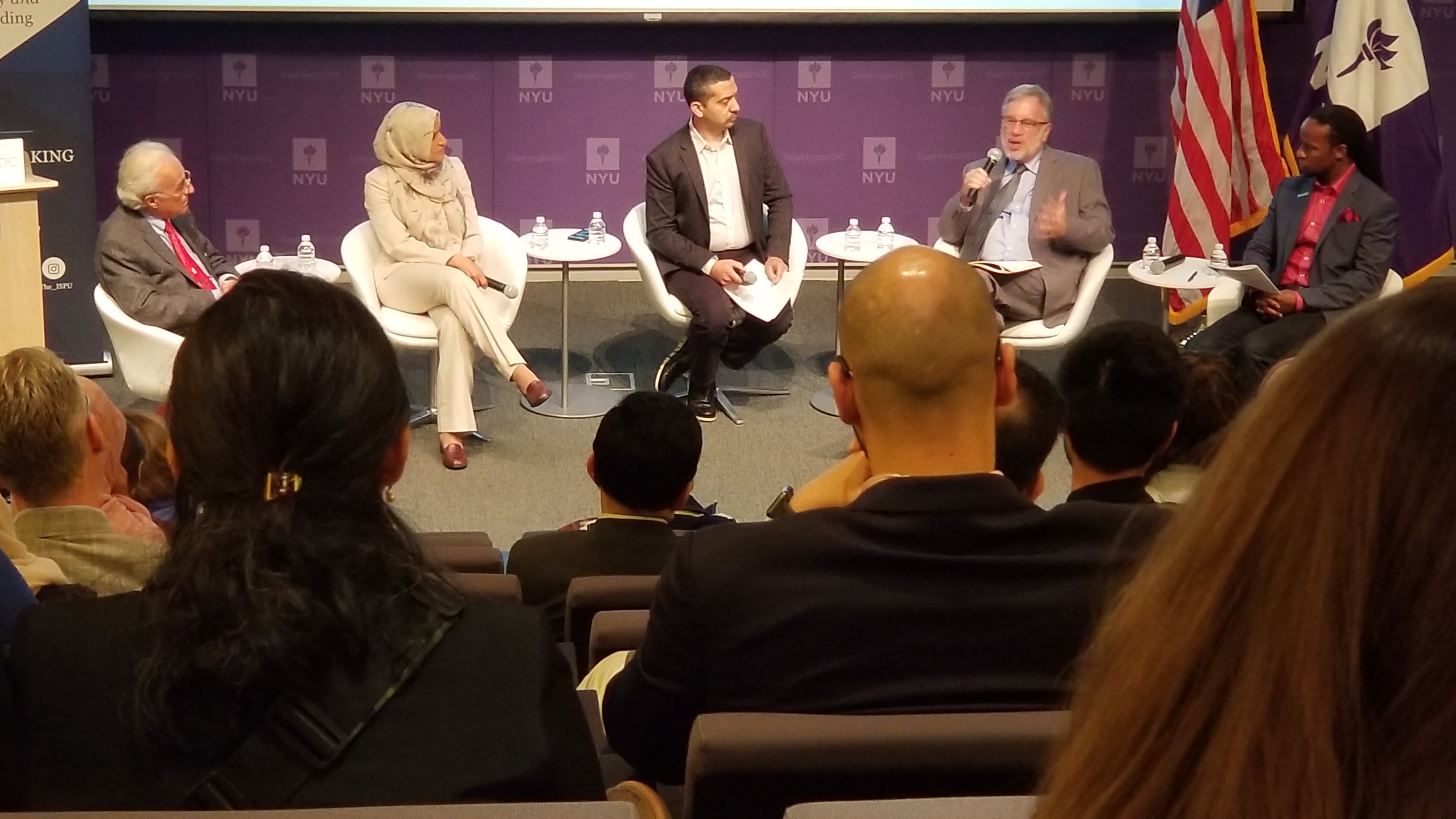 In the aftermath of the March 2019 New Zealand mosque massacre in Christchurch which killed 50 innocent Muslim worshipers, the global discourse on Islamophobia in the Western world has taken on new meaning. With weaponized versions of Islamophobia and anti-Semitism leading to terrorist mass murders at mosques and synagogues against religious minorities in the West, it becomes essential to understand some of the root causes of Islamophobia and how people of conscience can mobilize against religious hatred within their respective societies.

The “American Muslim Poll 2019: Predicting and Preventing Islamophobia” is the fourth annual public opinion poll from the Institute for Social Policy and Understanding (ISPU)- the second working in conjunction with The Bridge Initiative at Georgetown University- to examine protective factors against Islamophobia, as well as provide data-driven recommendations for those working to elevate American Muslim civic engagement and combat anti-Muslim bigotry at the local and national level.

Coming as little surprise to many people, the 2019 ISPU/Bridge poll found that among those surveyed, American Muslims are still the religious minority group most likely to report experiencing religious discrimination in the United States. But many Americans might find it surprising that amongst faith communities, the American Jewish community actually scored the lowest in anti-Muslim sentiment (while white Evangelical Christians scored the highest levels of anti-Muslim sentiment).

According to the report, more than half of American Jews — the group that ISPU found most likely to know a Muslim personally in real life — collectively reported having favorable views of Muslims. On the flip side, only 20% of white Evangelicals — the group least likely to know a Muslim in real life — hold any sort of positive views of Muslims at all.

One of the most interesting findings of this 2019 American Muslim poll is that a person’s own self-professed “religiosity” has little bearing on anti-Muslim sentiment. Instead, the researchers found that partisan political ideologies (being Republican or Democrat) were actually much stronger predictors of potential Islamophobia.

“Religiosity doesn’t make people more or less likely to be Islamophobic, and in some ways that’s a good thing for those who want to improve the pluralism in America,” said ISPU research director Dalia Mogahed about the 2019 poll. “That means anti-Muslim sentiment can be changed, because political ideology is more malleable than religious beliefs.”

Professor Sophia McClennen from Penn State University recently wrote that the 2019 ISPU poll shows that those who hold negative views of Muslims are the ones least likely to actually know a Muslim in real life. She further wrote that since only 1-in-3 white Evangelicals reported knowing someone who is a Muslim, these findings actually reinforced the idea that Islamophobia is based almost entirely on the proliferation of negative stereotypes (absent any real-world knowledge).

She also noted that the 2019 poll found that holistic general knowledge about Islam as a religion actually had a greater impact in reducing Islamophobia (than personal relationships with real-life Muslims). Professor McClennen concluded that when the religion of Islam is negatively portrayed for political ends to voters with no knowledge of the religion, those same American voters may be more easily swayed to hold negative views against Muslims wholesale, as we see today

“Polling data consistently reports that significant numbers of non-Muslims continue to report that they do not know a Muslim, let alone know much about Islam and Muslims,” said John Esposito, director of The Bridge Initiative at Georgetown University, which partnered with ISPU to produce the Islamophobia Index used in the 2019 American Muslim Poll.

Dr. Esposito pointed to a 2006 Gallup poll, which linked personally knowing someone who is Muslim with more favorable attitudes toward Muslims. That year, just 10% of those who said they personally knew someone who is Muslim reported that they would not want a Muslim neighbor. Among those who were not personally acquainted with a Muslim, that number jumped to 31%, according to a Religion News Service article on the poll.

As Donald Trump’s presidency continues to fuel the rise of Islamophobia and anti-Semitism in America and in many parts of the world today, this latest 2019 American Muslim Poll shows that political ideology (and not personal religiosity) is actually a more accurate indicator of Islamophobia in the United States today. From Trump’s Muslim ban to anti-Sharia legislation across the 50 states, this latest poll shows that Islamophobia is becoming further entrenched along political ideological lines and that everyday Americans can help combat Islamophobia within their own personal spheres of influence by making sure that all Americans can freely practice their religion without fear of violent racist retribution.