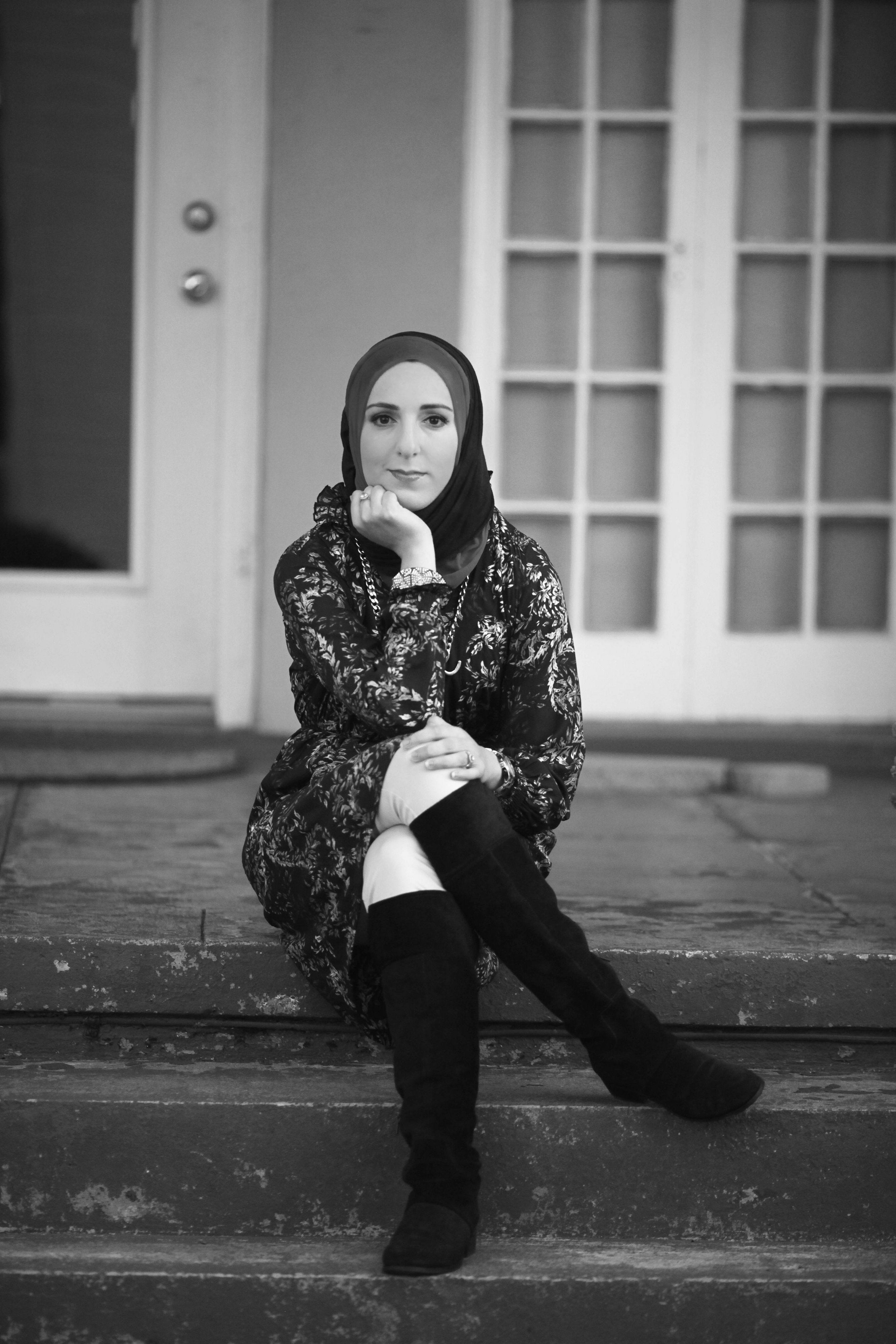 “I just think often about how I’m no different than any child who had parents who are seeking a better life and how that my life could have so easily been someone else’s. I am a half Libyan half Egyptian recipient of political asylum here in the United States and I know that if the travel ban–the Muslim Ban–was in place at the time my father was seeking asylum in 19990, we would have never made it. As in, we would have never had a father, because he would have been killed. My father was a part of the Gaddafi regime he morally abstained against his position when he was a cabinet minister. In many ways, I am lucky. In many ways, I am an anomaly, because so many who are seeking asylum don’t have the means to actually get here. We are only seeing a small sliver of the people who really need to have freedom and protection. So it just makes me both grateful and sad. It makes me think about how policy can affect people’s lives and can end up in people’s deaths.”⠀