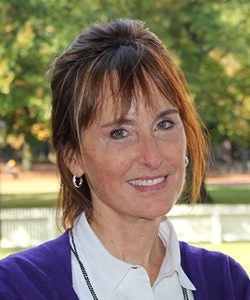 Tamara Sonn is the Hamad Bin Khalifa Al-Thani Professor in the History of Islam at the Edmund A. Walsh School of Foreign Service, Georgetown University. With a Ph.D. from the University of Chicago, she has published numerous books, including Interpreting Islam: Bandali Jawzi’s Islamic Intellectual History (Oxford, 1996; winner of Choice Book of the Year award); Comparing Religions through Law: Judaism and Islam (with J. Neusner; Routledge 1999; named “One of the Best Books of the 1990s” by the Journal of Law and Religion), Islam: A Brief History (Wiley-Blackwell, 2010; 3rd edition forthcoming 2014), and The Sage Handbook of Islamic Studies (with Akbar Ahmad, 2010). Her most recent books are The Religion Toolkit: A Complete Guide to Religious Studies and 50 Myths about Religions (with J. Morreall; Wiley-Blackwell, 2011 and 2014).